Hand: without pressure, the Blue in the Czech Republic and against Ukraine

Already assured of the ticket for Euro-2022, the French handball players are playing their last two qualifying matches, in the Czech Republic on Wednesday (8:00 p.m.) and against Ukraine in Le Havre on the same... 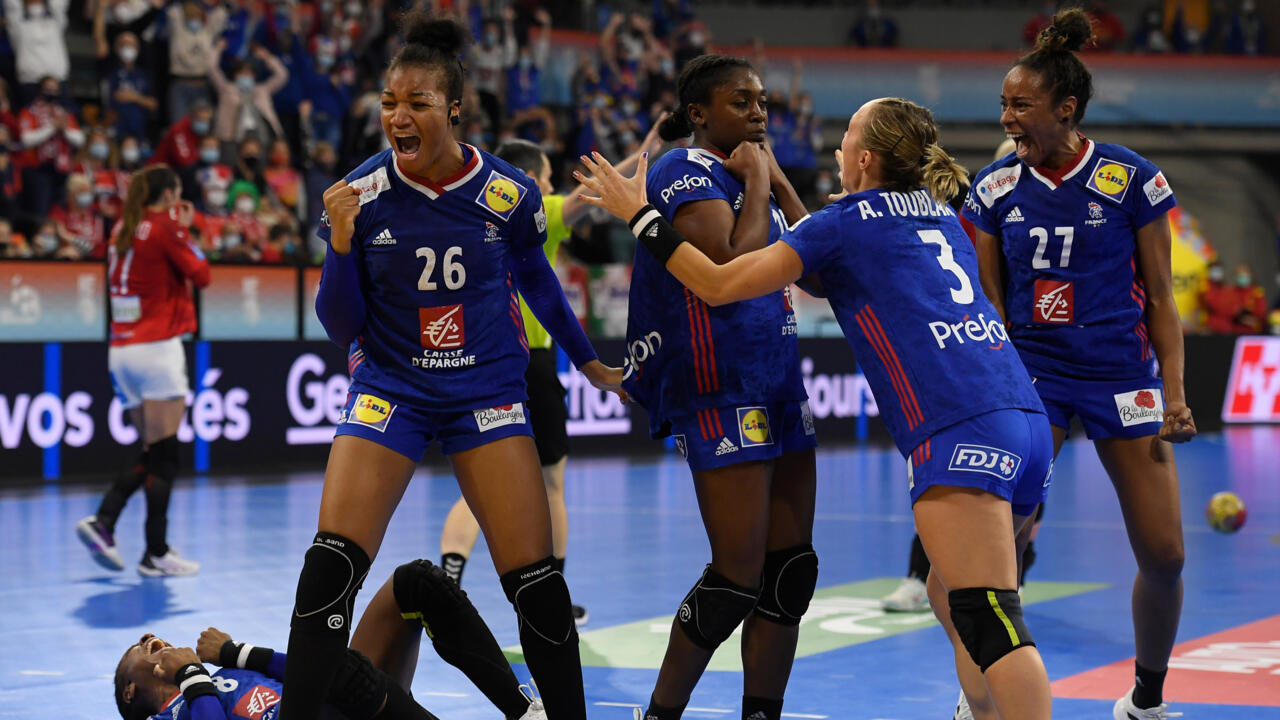 At the end of an international season where they won gold at the Olympic Games in Tokyo in August 2021, then silver at the World Cup in Spain in December, the French women meet one last time before the end of the club season. .

Olivier Krumbholz's players have relieved themselves of all pressure by winning their first four matches, a perfect course synonymous with a visa for North Macedonia, Slovenia and Montenegro next November to try to clinch a fourth consecutive podium at the Euro (bronze in 2016, gold in 2018, silver in 2020).

"They often talk about pleasure, it's time to show that without pressure, we are able to play well and have fun on the pitch", notes the coach, delighted to have "a great team, a young team . I hope we play hard."

The coach of the French women's handball team, Olivier Krumbholz, during the semi-final against Denmark at the World Championship, December 17, 2021 in Granollers (Spain) Josep LAGO AFP / Archives

For this international window, two Les Bleues executives, Allison Pineau (32) and Béatrice Edwige (33), will be missing.

"It's no use, when you advance in your career, to want to do everything, all the time. You have to focus on the events that are important. In the fall, I will continue to do what I have always done : to put the best French team", specified Olivier Krumbholz.

Captain Coralie Lassource will also be absent, since she tested positive for Covid-19 at the start of the rally.

She is replaced in her position as left winger by Manon Houette, 2017 world and 2018 European champion, but who has not worn the blue jersey since her injury (rupture of the anterior cruciate ligament of the right knee) in January 2020 .

Full-back Estelle Nze Minko will serve as interim captain for the Czech Republic and Le Havre game against Ukraine, which plays in Graz, Austria against Croatia on Wednesday.

Ukraine will play its first match since the start of the invasion of Ukraine by the Russian army on February 24, before moving to Le Havre.

Wednesday in Plzen in the Czech Republic