What are the reasons for the continued high rate of inflation in the United States?

US inflation rates have continued to rise in recent months, in a way that all the initiatives and measures of President Joe Biden's administration have failed to curb the rise felt by all American consumers. 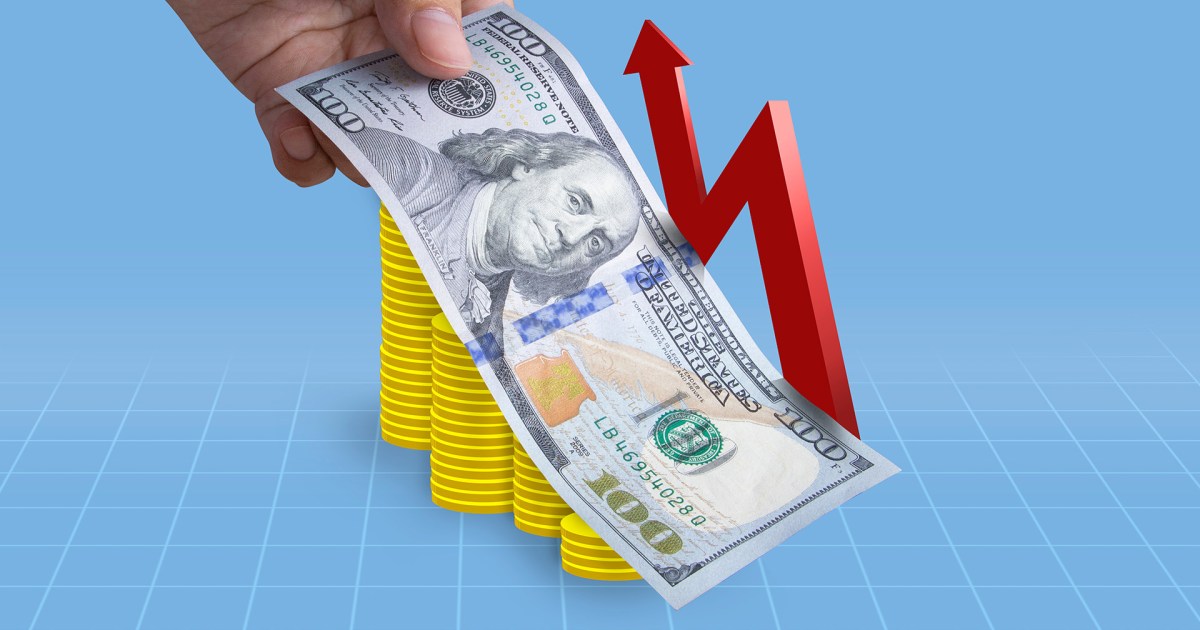 - American inflation rates have been rising unceasingly since the beginning of last year, and the rate of rise has accelerated in recent months in a way that all the initiatives and measures of President Joe Biden's administration have failed to curb the rise felt by all American consumers.

Prices rose last March by an average of 8.5%, compared to March 2021, recording the highest rate of inflation during the last four decades.

This percentage reflects a continuous increase since the beginning of 2021, coinciding with President Joe Biden's accession to power, which makes consumers pay more for the prices of most goods and services, especially those that are essential.

Recording the highest US inflation rate in 4 decades poses a major challenge to President Joe Biden in his quest to advance his economic agenda.

High rates of inflation that do not stop rising

The inflation rate increased in March compared to the previous February by 1.2%, which is a large percentage compared to the difference in monthly increases in recent months.

This means that there is a significant month-to-month rise in inflation rates, without stopping, which American consumers feel, with its negative effects on satisfaction with the way President Joe Biden's rule, with the mid-term congressional elections approaching next November.

Labor data office reports indicate that food and energy prices are witnessing the largest jumps among all other goods and services, and the outbreak of war in Ukraine coincided with the start of various countries of the world recovering from the consequences of the spread and outbreak of the “Covid-19” virus over the past two years, and the subsequent Huge and negative economic effects.

No sooner had the global economy found a way to recover from inflation crises, high energy prices and global supply chain turmoil, than Russia's war in Ukraine and the subsequent imposition of sanctions on the Russian economy caused uncertainty to control oil speculators around the world, in light of the lack of a near end. And the inevitable conflict that confused global shipping and supply lines, then came the extensive closures taking place in Chinese cities and provinces, including Shanghai, the financial and economic center of China, against the background of the outbreak of the Covid-19 virus, to close nearly 40% of the Chinese economy, which increased the confusion of financial markets American and global.

The initiatives and measures of the Biden administration have so far not succeeded in curbing the continuous rise in inflation rates, and after Biden announced last month a package of measures that would significantly increase US oil production, such as allowing oil exploration and extraction from large federal lands that were not previously permitted. , and the subsequent release of 180 million barrels of oil from the Federal Reserve over the next six months, at a rate of one million barrels per day, inflation rates did not decrease and continued to rise.

This withdrawal is the third of its kind in less than 3 months, as Biden withdrew 50 million barrels last November, and an additional 30 million barrels at the beginning of March, and these steps had no effect on the continued rise in gasoline prices.

Sherif Othman, an economist at Poise Investment, reserved the effect of pumping an additional million barrels of oil per day on energy prices, as this percentage is "very small at the international level, which constantly affects the prices of gasoline and its derivatives in the US market."

Othman considered in an interview with Al-Jazeera Net that "there is a global rise in energy sources, and the Ukraine war contributed to an increase in this demand, which coincides with the return of consumption levels to before the rates of the emergence of the Covid-19 virus, and these factors affect the price of gasoline at American power stations, as The American consumer still pays high amounts of money to fill up his car's fuel tank."

Inflation and the specter of congressional elections

Biden is under a tremendous amount of pressure, especially with the approaching congressional elections in November, amid the decline in his approval rating, which has reached below 40%.

Republicans blame the president's policies, which they consider to have led to record rates of inflation, which in turn led to the high cost of living for the majority of Americans.

Only 33% of Americans agree with how President Biden has dealt with his job responsibilities in the economic aspect, according to a new poll conducted by Quinnipiac University, and this percentage is the worst since Biden came to power in January 2021, and the approval rate for Biden's performance decreases by 17 percent. % than at the same time last year.

Othman considered that resorting to the US Federal Reserve raising interest rates by 0.25%, and what experts expect of the total rise to reach 2% by the end of the year would help reduce inflation rates, but this is not the only factor controlling inflation rates, especially with the economy. As vital, diverse and huge as the US economy, he says.