Residents and drivers in several areas of Abu Dhabi city, including Khalidiya and Madinat Zayed, monitored congestion and obstruction in traffic during the last hour before breakfast, due to the heavy demand from shoppers to various shops to spend their needs and purchases of bread, sweets and juices, Ramda 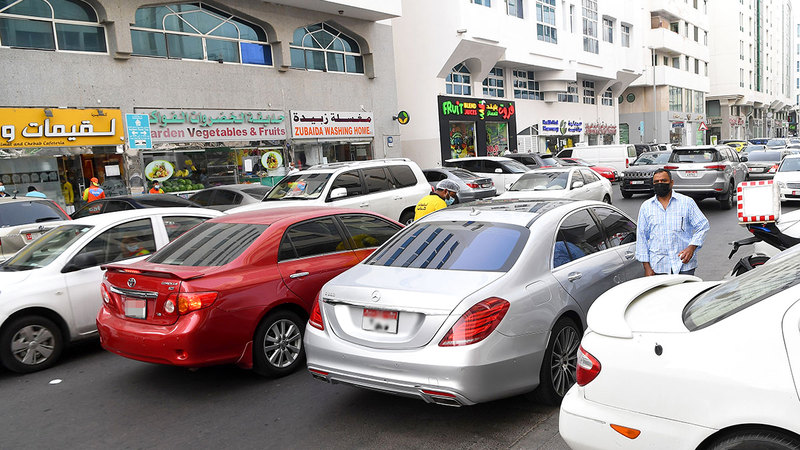 Residents and drivers in several areas of Abu Dhabi city, including Khalidiya and Madinat Zayed, monitored traffic congestion during the last hour before breakfast, due to the heavy demand from shoppers to various shops to spend their needs and purchases of bread, sweets, Ramadan juices, samosas, and others.

Drivers told "Emirates Today" that shopping areas usually witness crowding in the last minutes before breakfast, throughout the month of Ramadan, due to the heavy demand from shoppers to buy their needs during this period.

Ahmed Jamal, Adel Hussein, and Muhammad Siddiq said that random parking in front of shops is “the main cause of congestion and confusion in traffic, as some shoppers do not take into account the rights of others to move, and block the way to vehicle exits from public parking, as well as behaviors annoying, such as using a horn,” calling for tighter traffic control procedures.

Others of residents residing in shopping areas agreed with them, due to the congestion and noise caused by shoppers during the minutes before breakfast time, as well as the congestion that occurs during the Tarawih prayer period, stressing the importance of increasing traffic awareness and tightening traffic control procedures.

They stressed the importance of educating individuals to go early to buy their Ramadan needs and Eid supplies, and not to wait before breakfast time, to go out, to avoid causing congestion in roads and obstructing traffic, calling for tighter control procedures against violators.

For its part, the Abu Dhabi Police stressed the need to adhere to traffic laws, not to stop randomly, and to leave before the Iftar time, in order to avoid overcrowding, pointing to the tightening of traffic control procedures against violators.

Abu Dhabi Police called on drivers to promote positivity during the holy month of Ramadan, not to obstruct traffic by randomly stopping vehicles on the roads, not to close parking exits and entrances, and to impede vehicle traffic by standing behind them in front of mosques during Tarawih prayers.

She pointed out that the random parking of vehicles causes disruption of traffic and causes a state of traffic congestion, which results in frequent complaints from citizens and residents, pointing out that the behavior is one of the frequent negative phenomena of drivers in the month of Ramadan, as a result of the desire of many to catch up with the time of Tarawih prayers.

She stressed the need to fully comply with the traffic law during the holy month, and to avoid committing violations related to the random queue of vehicles, stressing that this will contribute to creating a safe environment and providing opportunities to enjoy the rituals of the month of Ramadan, away from committing violations and disturbing others.