Elfving: It is not possible to say whether a "major Russian offensive" has been launched

Reports that Russia has launched a large-scale offensive in the Donbas and eastern Ukraine have been circulated on Monday by Ukrainian sources - something the Kremlin has not yet clearly addressed. Jörgen Elfving, former lieutenant colonel, however, believes that it is too early to draw any conclusions: - Something is going on in eastern Ukraine. But based on the information we have, it is not possible to say sharply whether this is the beginning of a major Russian offensive. 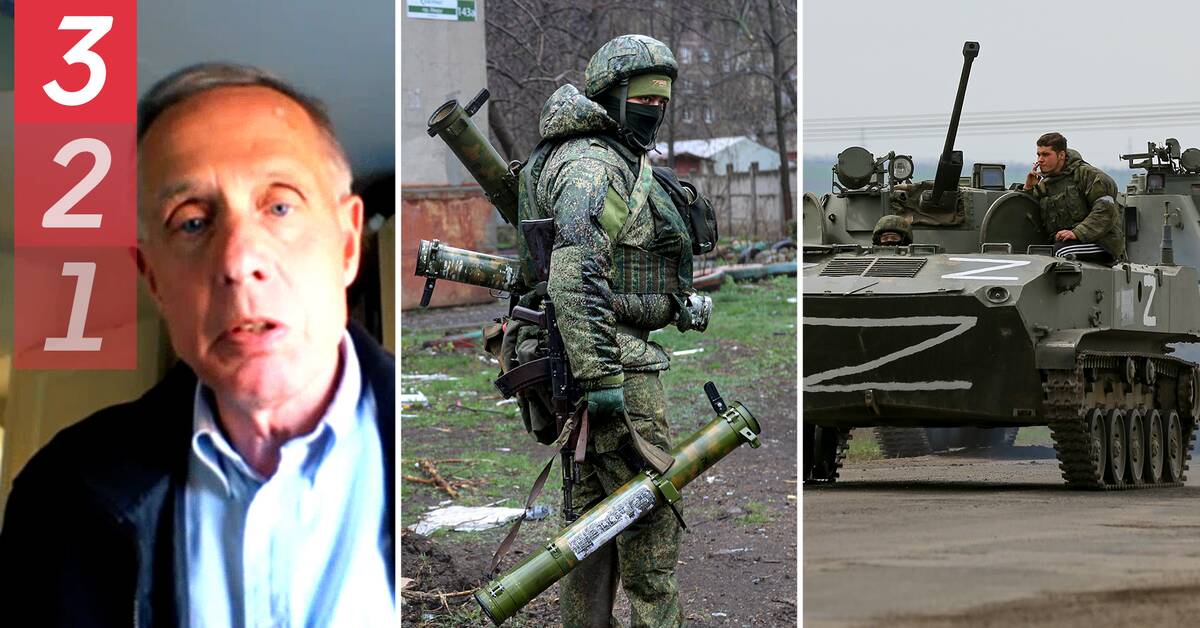 On Monday, information came from Ukraine that Russia had launched a major offensive in eastern Ukraine, something that Zelensky described in a video speech as the "battle of the Donbas".

The statement came after reports of heavy fighting in all regions of eastern Ukraine on Monday and local authorities reported heavy shelling by Russian troops.

"Surprising" that the Kremlin is relatively quiet

According to Jörgen Elfving, former lieutenant colonel, it is too early to draw any conclusions about a major offensive, as so far only Ukraine has stated that one has been launched.

If Russia had launched a large-scale offensive, it is something they should reasonably have addressed - at least to the domestic public - as the "liberation" of these regions is one of Russia's key goals, according to Elfving.

- It's a little surprising that you are quiet from the Russian side.

Had a major offensive been launched in eastern Ukraine, it should have been commented on.

- It is possible that Russia has learned from the experiences from the battles around Kyiv and Kharkiv, so now they wait until they have won success, says Jörgen Elfving.

According to Elfving, a possible offensive would probably mean that the Russian side conducts an intensive combat with artillery and aircraft by the Ukrainian forces before attacking from both the south and the north.

- But my opinion is that the Russian military is under political pressure to achieve a result by 9 May.

Whether they succeed remains to be seen.

The fact that Ukraine is putting more pressure on information about a Russian offensive does not necessarily have to be war tactics on Zelensky's part.

- It can be a way to get access to additional material and support, says Jörgen Elfving and continues:

- But then Zelensky has also said that the fighting in eastern Ukraine may become decisive.

Which he is actually right about. When the fighting starts in eastern Ukraine, it is a matter of winning or losing for both parties.

He also believes that Zelensky's statements may be about preparing the Ukrainian people.

See more in the clip above when Jörgen Elfving explains three uncertainties about the "battle of Donbas".