No one has yet been arrested for the riot in Örebro

The police have not yet arrested or arrested anyone suspected of the riot in Sveaparken in Örebro during Good Friday. According to Torbjörn Roos, officer on duty at the Region Bergslagen police, they are now going through film material from the riot to identify people. 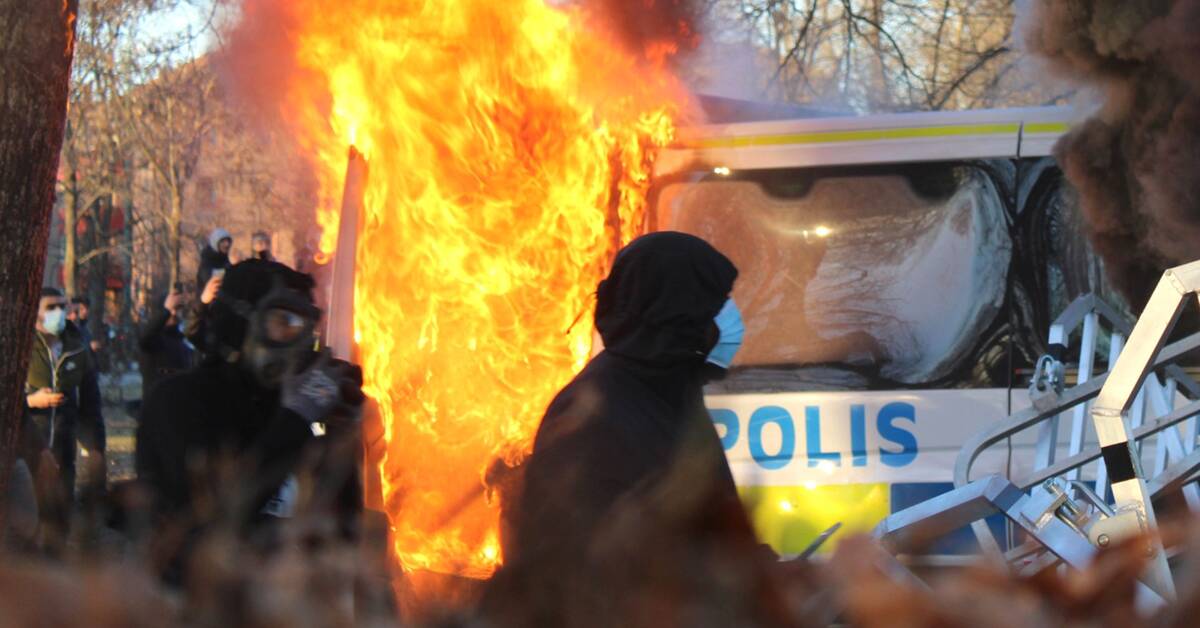 When the Danish right-wing extremist Rasmus Paludan was to burn the Koran in Örebro, the counter-demonstration degenerated into violent riots.

A dozen police officers were injured and four police cars were burned.

The police classify the incident in Sveaparken as a violent riot and are still compiling material from the incident.

According to Torbjörn Roos, they made occasional arrests for disorderly conduct, but were before the riots started.

- We are in an investigation phase in the case.

There is a lot of material sent to us, he says.

There have been riots in several parts of the country where Rasmus Paludan and his party Tight Course have held demonstrations.

In Norrköping and Linköping, a total of 26 people were arrested on Monday morning for the Easter weekend riots.