Jordan calls for respect of Jerusalem..security alert and internal tension in Israel, and the resistance pledges to respond to the incursions of Al-Aqsa

Jordan called on Israel to stop its provocations at the Al-Aqsa Mosque, while the resistance factions pledged victory for the sanctities and to respond to the violations of the occupation. 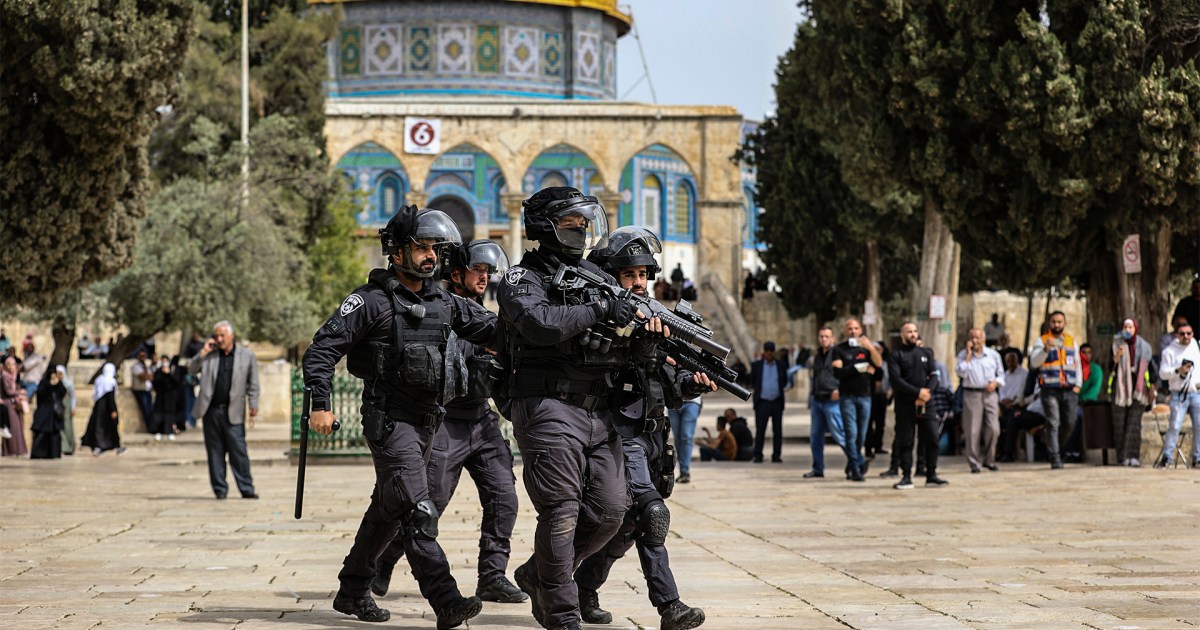 Jordanian King Abdullah II called on Israel to stop its provocative measures in Al-Aqsa Mosque and to respect the historical and legal situation in the city of Jerusalem, while the resistance factions pledged victory for the sanctities and to respond to the violations committed by the occupation.

And according to a statement from the Royal Court, King Abdullah II directed the government yesterday to continue its regional and international contacts and efforts, to stop the escalatory Israeli steps and to formulate a pressing and influential international position to achieve this.

He said that maintaining the comprehensive calm requires Israel to respect the historical and legal situation in the blessed Al-Aqsa Mosque, and to find a real political horizon that guarantees the fulfillment of all the legitimate rights of the Palestinian people on the basis of the two-state solution.

He indicated that protecting Jerusalem and its sanctities will remain a Jordanian priority, directing the government to continue devoting all necessary capabilities to preserve it, the existing historical and legal situation, and its Arab, Islamic and Christian identity.

Aggression will ignite the region

For its part, the Palestinian presidency - yesterday, Sunday - held the Israeli government fully responsible for the escalation in Al-Aqsa Mosque, and demanded the US administration to break its silence and "stop this aggression that will ignite the entire region."

The Palestinian Foreign Ministry called on the US administration to break its silence and intervene to stop the Israeli escalation.

In a call between Palestinian President Mahmoud Abbas and his Turkish counterpart, Recep Tayyip Erdogan, the latter confirmed that his country will make contacts with the concerned parties, according to what was reported by the official Palestinian news agency (Wafa).

In a tweet to him on his official account, Erdogan "strongly" condemned the Israeli interference in prayer at Al-Aqsa Mosque, and said that Turkey was "always on the side of Palestine."

In the reactions issued by the Palestinian resistance factions, the Islamic Resistance Movement (Hamas) warned of the repercussions of allowing settlers to storm and desecrate the courtyards of Al-Aqsa, noting that the repeated incursions into Al-Aqsa Mosque are pushing the situation towards a comprehensive explosion.

Ismail Haniyeh, head of the Hamas political bureau, said that the defense of Al-Aqsa Mosque will continue in an open battle with the occupiers that will be resolved in the interest of the Palestinian people.

The movement's spokesman, Hazem Qassem, blamed the Israeli occupation for the attack on the detainees and worshipers inside the blessed Al-Aqsa Mosque.

For his part, Muhammad Hamada, a spokesman for Hamas for the city of Jerusalem, said that the Palestinian resistance will not distance itself from supporting Al-Aqsa Mosque, and that the method of response has no limits in light of the persistence of the occupation’s aggression.

In turn, the Islamic Jihad movement warned the Israeli occupation of its continued violations of Al-Aqsa Mosque, and held it fully responsible for what is happening there.

The leader of the Islamic Jihad Movement, Khaled al-Batsh, called on the people of Jerusalem and the occupied interior to attend the Al-Aqsa Mosque permanently, to protect it from the incursions of the occupation.

For his part, Hussein Hamayel, spokesman for the Palestinian National Liberation Movement (Fatah), said that what happened in Al-Aqsa Mosque yesterday reflects the extremist mentality of the Israeli government.

In a previous intervention with Al-Jazeera, he stressed that the Fatah movement and the rest of the Palestinian factions will confront the Israeli attacks with all available capabilities, in light of the international silence and Israel's attempt to drag the region into a religious war, as he put it.

In light of this escalation and attitudes, the Israeli Broadcasting Corporation said that the Israeli army decided to reinforce the deployment of Iron Dome systems in the south, for fear of launching rockets from Gaza.

Yesterday, Sunday, the occupation forces, reinforced by special units, stormed the courtyards of Al-Aqsa Mosque, suppressing the worshipers, severely beating them and arresting a number of them.

These attacks paved the way for the evacuation of the courtyards of Al-Aqsa Mosque to storm the extremist settlers, in response to calls made by the Temple groups on the occasion of the Hebrew Passover.

The Israeli forces withdrew from the inner courtyards of Al-Aqsa Mosque hours after besieging the Palestinian worshipers stationed there, in order to secure hundreds of settlers storming the mosque’s courtyards.

Inside Israel, the United Arab List announced on Sunday the suspension of its participation in the coalition government headed by Naftali Bennett, due to the violence in and around Al-Aqsa Mosque in Jerusalem.

"If the government continues its arbitrary steps against Jerusalem and its people... we will submit a collective resignation," the list said in a statement.

The government had lost its weak majority in the Knesset (Parliament) this month, as a result of the resignation of a Jewish representative.

The ruling coalition brings together an ideologically disparate mixture of left-wing, ultra-nationalist, Jewish, and religious parties, in addition to the United Arab List.