The same weekend that the PP of Madrid will endorse the leadership of Isabel Diaz Ayuso and will elect her as regional president of Madrid, the future of the PP will also be decided... 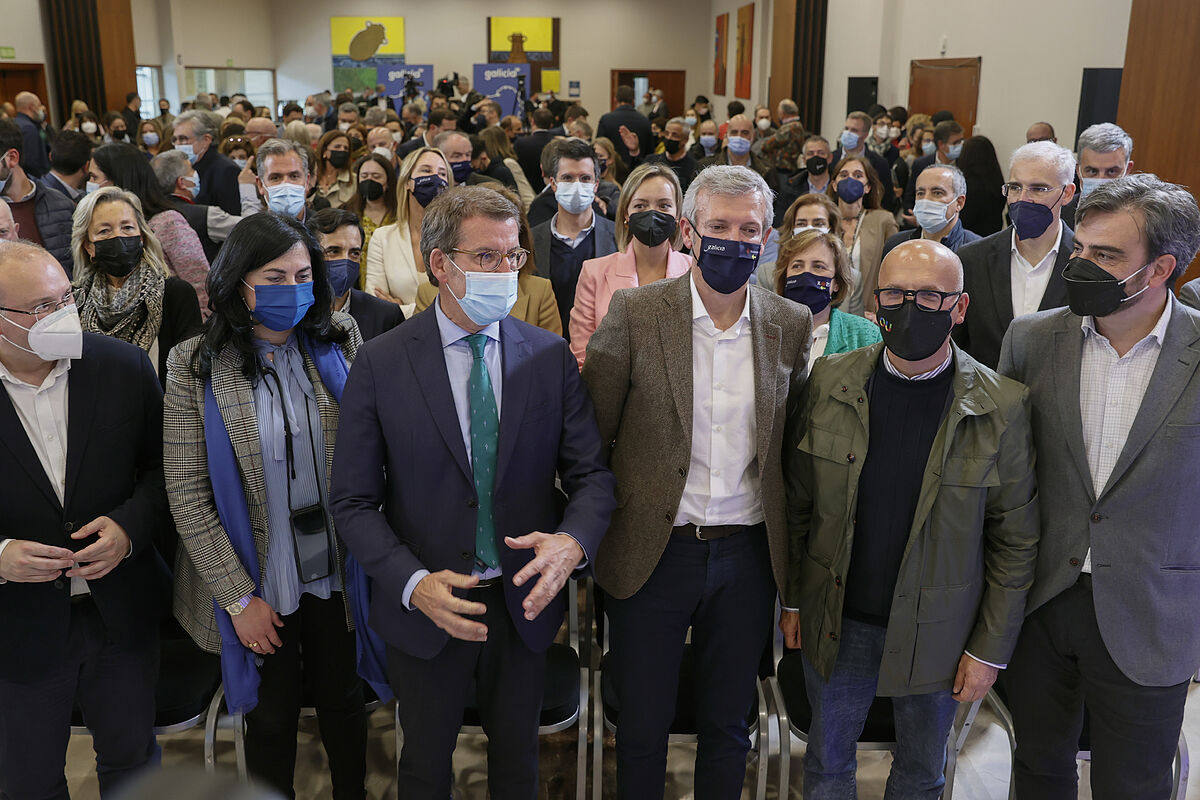 The same weekend that the Madrid PP will endorse the leadership of Isabel Diaz Ayuso and will elect her as regional president of Madrid, the future of the Galician PP will also be decided with the election of Alberto Núñez Feijóo's successor after his appointment as national leader.

Although it will coincide on the same weekend, it will not be on the same days, but the Madrid congress will be on Friday 20 and Saturday 21 May while the Galician conclave has been set for 21 and 22.

The acting president of the Galician PP and vice-secretary of organization of the national PP,

, was in charge of announcing the decision during the meeting of the

Board of Directors of the PPdeG

, which voted and decided to accept the proposal to hold an extraordinary congress in those days. May 21 and 22 at the Pontevedra fairgrounds.

The Board of Directors was attended by Feijóo himself, who, as a militant of the Galician PP, was also able to vote for the call for this congress that aspires to settle his succession calmly and without internal fissures, with a single candidacy that integrates all the sensitivities of the party in Galicia, which, except for a major surprise, will be led by the current provincial president of

and vice president of the Xunta de Galicia,

The Board of Directors of the PPdeG, the highest body between congresses, activates the congressional machinery with this meeting that had a single item on the agenda, but it does not decide on the candidate nor has it even served to refer to it.

At least not directly.

Thus, now the process is opened by which they will have to present candidacies and then 1,500 delegates will vote for them.

In any case, there is no one in the Galician PP who doubts that the future president, and also Feijóo's natural replacement as Galician leader, is Rueda, his number two for years and a person of his utmost confidence.

The relay in the Xunta will be closed in a parallel process once the still autonomous president resigns and the Parliament chooses a successor, but the route to follow that the party has marked is to avoid bicephaly and that the same person take the reins of the party and of the Executive.

Feijóo himself spoke of that necessary unity for the party.

He did not openly say his vote, but he did ask the party for "unity, plurality and openness", and urged his colleagues to continue along the same path as up to now, that of a party that is in a position to govern and maintain its leadership.

"I would not have taken this step if I did not know that there is a party prepared in Galicia, without a united party, without a capable party," he said.

He also encouraged them to maintain the slogan that he himself used in the last regional elections, 'Galicia, Galicia, Galicia', because "there is no better slogan, it is not a motto, it is a way of understanding our commitment to this land". And emulating Mariano Rajoy at the Seville congress in which he was elected national president, he maintained: "I ask for the same support for the new president that I had, no more because it is impossible."

Rueda, president of the PP and the Xunta

Alfonso Rueda has obtained the support of the rest of the provincial presidents and the main leaders of the party to lead that candidacy and will have until April 28 to officiate it.

On May 22, he will leave that congress as leader of the party, candidate for the presidency and, de facto, also Galician president, since the PP has a majority in Parliament with 42 of the 75 deputies and he is a deputy and, therefore, eligible.

Both successions of Feijóo will be settled in a parallel and calm way.

Rueda himself will have in his favor that he will play at home, since the congress will be held in his city, Pontevedra.

It will be because that is how the party had already established it in 2021, since at that time it was time to hold the PP regional congress in this town, but the restrictions of the pandemic advised changing it to Santiago and Feijóo promised to use it as the venue for his next appointment.

This congress has been convened on a day full of symbolism, since April 18 marks the 13th anniversary of Feijóo's election as president of the

in 2009, and in an equally emblematic location for the party, the Eurostars hotel in Santiago in which, since its arrival, the party celebrates election nights.

The general secretary and acting president of the Galician PP made mention of this symbolism and also praised the figure of Feijóo, who achieved one of the "stages of greatest prosperity" in the history of the community.

"The legacy of President Feijóo is a better Galicia, proud of itself and more prepared to face the great challenges of the future", he insisted, and to the people who have a "bittersweet" feeling at the farewell because "they are reluctant to lose Feijoo as president of Galicia", he told them that one president is not lost, two are won, "one in the Xunta and the other in the Government of Spain".