Pedro Castillo anticipates what his next populist measure will be to screw himself into power in the midst of a political and socioeconomic crisis in Peru: the chemical castration of... 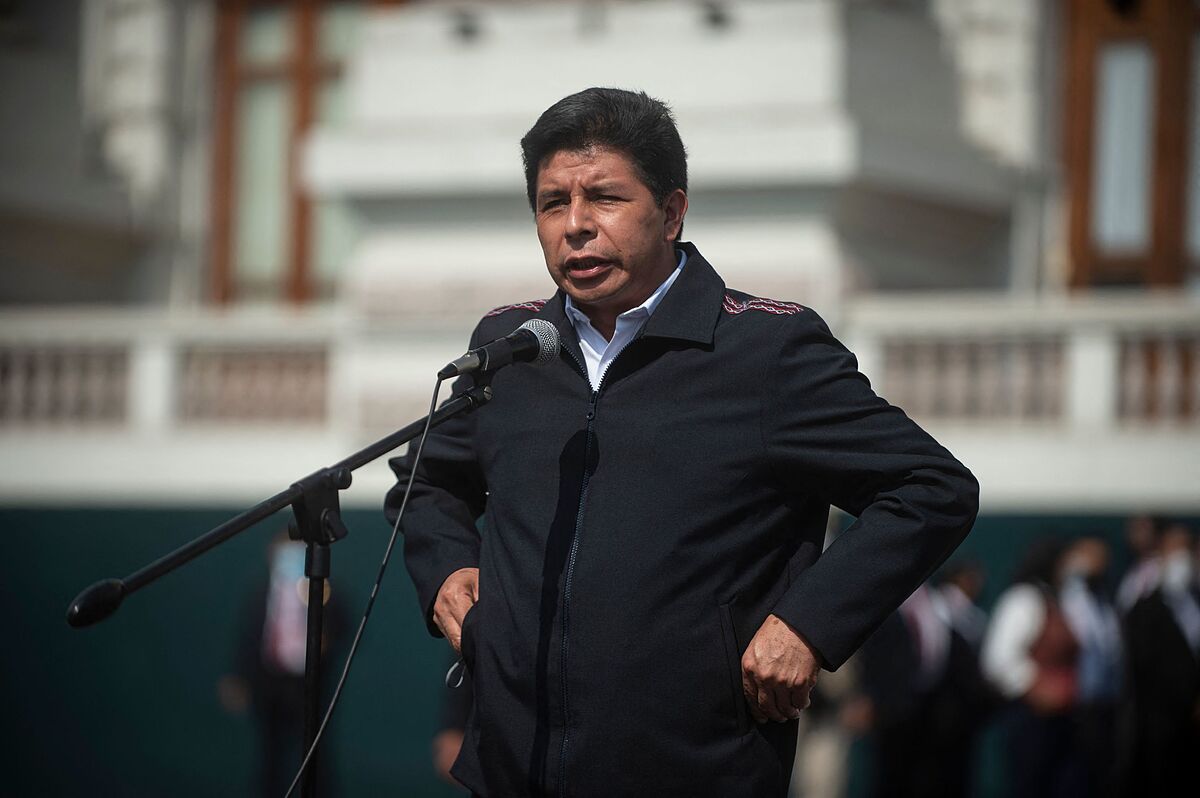 Pedro Castillo anticipates what his next populist measure will be to screw himself into power in the midst of a political and socioeconomic crisis in Peru: the chemical castration of child rapists.

"Enough of so much violence, crimes of sexual violence against children will not be tolerated by this government nor will they go unpunished. The pain of this family is also ours, I feel outraged at such cruelty," complained the president. after knowing the aberration committed by a man, whom they call the

, against a three-year-old girl.

The case has shocked the country from the first moment, when the girl's mother reported her daughter's disappearance through a WhatsApp audio, which went viral.

The girl's photograph multiplied by hundreds of thousands.

The little girl was found 15 hours after her disappearance, tied hand and foot.

Juan Antonio Enríquez, 48, had kidnapped her to sexually assault her

, in a country where, according to data from the Ministry of Women, 21,000 children under the age of 14 have suffered sexual abuse in just four years.

"This atrocious and inhuman fact leads us to a huge reflection, chemical castration is an option, we cannot wait any longer," fired the president, who lives immersed in an endless political crisis and harassed by social protests after the rise in the price of fuel and food.

This is not the only measure of a government that is trying to regain popularity and credibility.

The president has promised that he will lower the salaries of ministers, deputies and himself, even that he will pardon fines

To support his latest initiative, the Presidency has published a statement in which it recalls that similar measures are already in operation in Russia, Poland, Indonesia, Moldova, South Korea and in seven US states.

Peru already sentences to life imprisonment those who commit these aberrations.

For chemical castration to be included in the Penal Code, the Government would also need Parliament's approval.

The debate has opened in the Andean country at the worst possible time, with a society in permanent turmoil and with Castillo's fourth government about to fall, as the president acknowledged to a representative of the Catholic Church.

Among those who are against the measure are not only some classic allies of the Cajamarca teacher, but also the Ombudsman's Office.

"Chemical castration is an inefficient measure for crimes against sexual freedom. We already have the maximum penalties and has this dissuaded aggressors?" Matilde Cobeña, deputy lawyer for children and adolescents at the Ombudsman, questioned.

We understand the outrage, but neither chemical castration nor the death penalty are solutions

. The sectors that propose castration are the same ones that block women's rights," criticized Nuevo Perú, a moderate left formation that has accompanied Castillo in his drift since he took office last year.

The standard bearer of Peru Libre prevailed in the elections with a leftist discourse in politics and reactionary in morals, which has been changing from failure to failure.

Currently, he survives sitting in Pizarro's chair thanks to support ranging from the extreme left to the right and center.