For Paris Saint-Germain, showering the current euphoria of Olympique de Marseille sounds like a great opportunity for reconciliation with the part of its supporters still angry at the rout and... 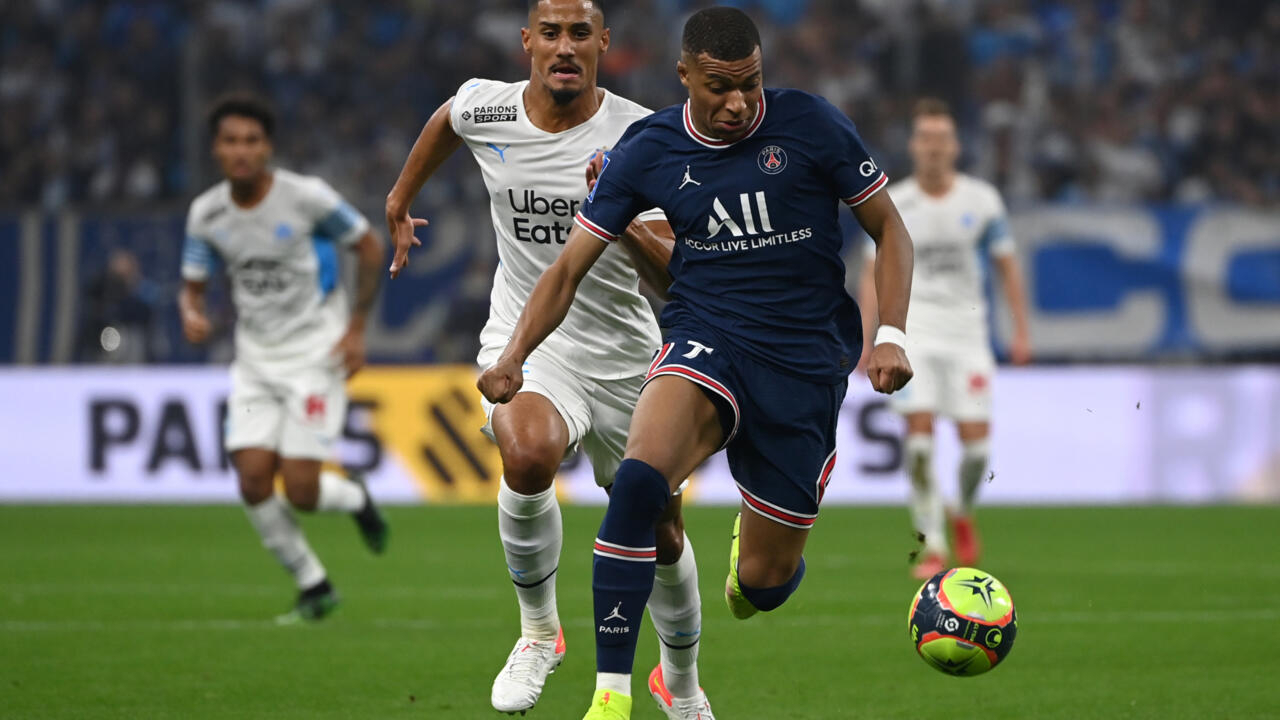 Difficult to present this PSG-OM, poster of the 32nd day, as a match for the title.

In the standings, Marseille is rather looking behind, but it has granted itself a joker with its three lengths ahead of Rennes (3rd), therefore playing down the challenge of this classic a little.

"It's the trap match par excellence", warns Jean-Marc Pilorget, record holder of matches played for PSG (435), believing that his club has everything to lose in the confrontation.

"Winning against Marseille on Sunday will be one of the more or less logical things, which can calm the fans down a bit. But if that's not the case, it can get worse, even if I don't understand how we can 'nervous for a football match,' explains the 1986 French champion, the club's first championship title, to AFP.

This season, PSG is on its way to its tenth coronation, a record held by Saint-Etienne.

PSG would have liked to prepare a final European four ten days after this match, but it is OM who find themselves two matches away from a sixth continental final, with their half against Feyenoord Rotterdam (28 April and 5 May) in the Europa League Conference.

Dimitri Payet after his goal for OM against PAOK, in the Europa League Conference, on April 7, 2022 at the Vélodrome Nicolas TUCAT AFP / Archives

The Marseillais are walking on water at the moment with an eighth victory in a row in all competitions in Thessaloniki (1-0), Thursday, and a great Dimitri Payet, author of a fantastic goal in the first leg against PAOK and again return scorer.

The new "rise" suffered by PSG in Madrid does not pass, especially since the rival, who likes to parade so much with this C1 that he won in 1993, shines on the continent.

Little Europe, of course, with this C4, but Olympian supporters write on social networks that it is better to win a small cup than to lose the one with the big ears.

This frustration risks cooling the atmosphere at the Parc des Princes for the classic.

The Collectif Ultras Paris (CUP) intends to continue the encouragement strike started since the elimination in Madrid in the Champions League on March 9.

Even the arrival of the great Marseille rival does not loosen the teeth of some supporters.

Jonathan, a regular at the Auteuil bend, is "not in agreement with them", PSG-OM, "it's our last thrill of the season, it's not the time to go on strike", believes t he with AFP.

"Leave aside their anger"

"I understand the dissatisfaction, I share it, I paid 400 bales and took two days off to go to Madrid (where PSG lost 3-1, editor's note). But it's more the time to convince (Kylian ) Mbappé to stay. He said he was unhappy that Messi and Neymar were whistled, it could make him happy that the Park showed their support," added the 39-year-old supporter.

"And then it starts to play well, even if it's too late, of course, but we start to see a little complicity between Messi, Ney and Mbappé", concludes Jonathan.

The supporters "can demonstrate, protest as they want, we are in a democracy, but I hope they can put aside their anger, I think it's good to show the image of unity for 90 minutes, in France and around the world. Let them manifest themselves in the best way, without violence, and with constructive criticism", asks the coach.

Banner of disgruntled PSG supporters during the match against Bordeaux, March 13, 2022 at the Parc des Princes Alain JOCARD AFP / Archives

The Argentinian at least does not skimp on the stake and sells the poster.

"21 years ago, when I signed for this club as a player, I understood that it was a special game," he recalled.

Having been captain of PSG, and now coach, Pochettino knows that "Sunday is not one more game" and that there are "more than three points at stake".

In particular, the quest for a little forgiveness with the supporters.