L1: the boiling derby of the North for Lens, Saint-Etienne gives itself some air

Boos for Losc, cheers for Saint-Etienne: the stands of Ligue 1 were agitated on Saturday, with a boiling derby from the North won by Lens in Lille (2-1) and the victory of Saint-Etienne over… 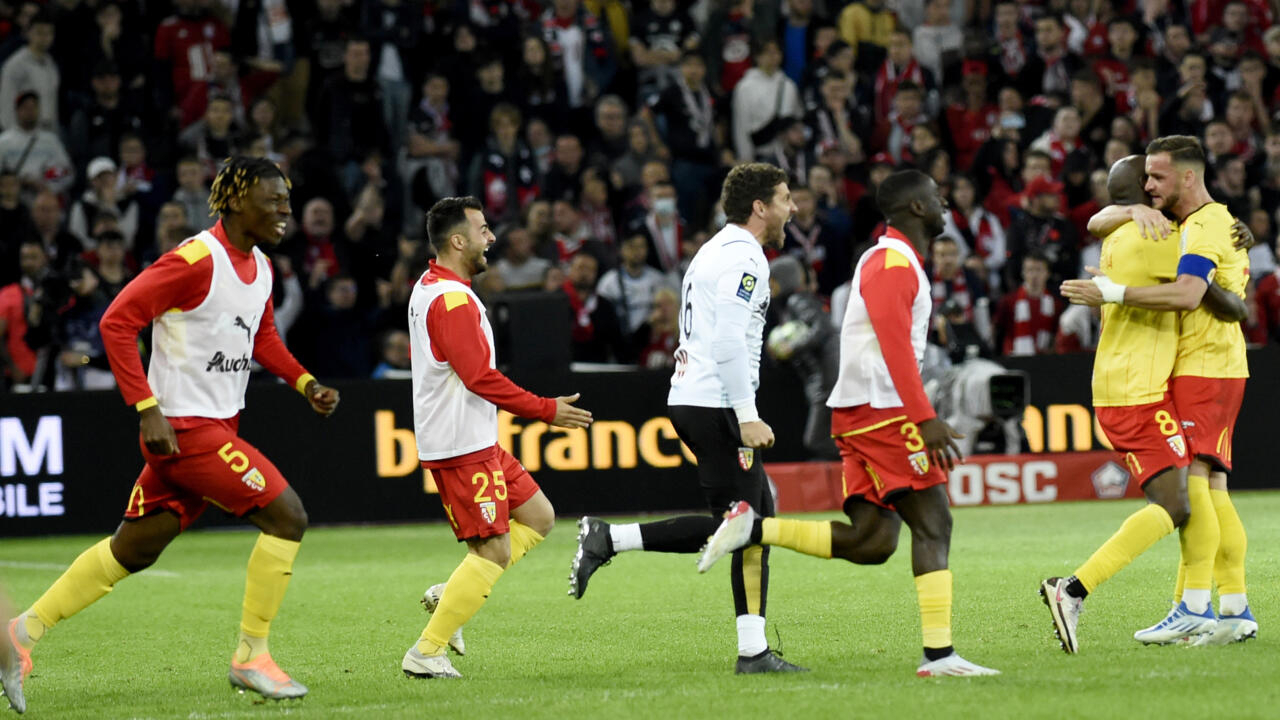 The show will go up a notch on Sunday with the classic Paris SG-Olympique de Marseille (8:45 p.m.) between the leader and his runner-up at the end of the 32nd day, but the songs have already resounded on Saturday in Forez and in the North.

In Lille in front of 48,169 spectators, the meeting ended with the entry of the CRS to control Lille ultras exasperated by the season of the champions of France, pitiful 8th in the classification and doubled by the Lensois.

The Lille have indeed quickly yielded against the rival, after the effective achievements of Przemyslaw Frankowski and Arnaud Kalimuendo (3rd and 36th).

The joy of Lensois midfielder Przemyslaw Frankowski, after opening the scoring against Lille, during the 32nd day of Ligue 1, April 16, 2022 at the Pierre-Mauroy Stadium in Villeneuve-d'Ascq FRANCOIS LO PRESTI AFP

The reduction of the score of Xeka, scorer of the head on a perfect pass from Kosovar Edon Zhegrova (45th + 1), only briefly restored the envy of the supporters.

Lille's Portuguese midfielder Xeka reduced the score (1-2) against Lens, during the 32nd day of Ligue 1, on April 16, 2022 at the Pierre-Mauroy Stadium in Villeneuve-d'Ascq FRANCOIS LO PRESTI AFP

For Lille, the situation is complicated.

On the pitch, the derby was also synonymous with animosity, especially between Jonathan Gradit and Renato Sanches, whose heated altercation at half-time earned them a yellow card.

In Saint-Etienne, it was not a question of derby but rather of survival, after two pitiful defeats and 10 goals conceded.

Against Brest, the Greens revived, reversing the trend after the opener of a former home party in Brittany, Franck Honorat (8th).

Brest striker Franck Honorat opens the scoring against Saint-Etienne, during the 32nd day of Ligue 1, April 16, 2022 at the Stade Geoffroy-Guichard JEAN-PHILIPPE KSIAZEK AFP

And it was a ghost who did the job: midfielder Mahdi Camara, kicked out of the professional group for a few days after a fight with a player from the training center in early April, took responsibility by scoring twice, twice from a corner (14th, 39th).

"I was not well because in the situation in which we are, I would have liked to help my partners (during his dismissal, editor's note). I am therefore happy with this return", underlined the player of the 'ASSE.

In a warm atmosphere set up by fans who came to sing for their "colors" more than for their players, as they recalled on banners, the Greens finally knew how to satisfy their supporters by temporarily leaving the red zone (17th ), before the misplaced duel between Metz (20th) and Clermont (18th), Sunday (3:00 p.m.), and the opposition between Lyon and Bordeaux (5:05 p.m.).

The stands will also be scrutinized in Paris for the classic PSG-OM: the Parisian ultras, unhappy since the elimination in the Champions League, intend to extend their discontent, in the absence of Marseille fans, deprived, unsurprisingly, of travel to the capital city.

The stake remains important for the two clubs: Paris can take a huge step towards its 10th title in the event of victory in front of its runner-up, already relegated to 12 points.