The cruiser "Moskva" sunk in the Black Sea: a huge setback for the Russian Navy

The Moskva, flagship of the Russian fleet in the Black Sea, damaged on Tuesday, sank, the Russian Ministry of Defense announced Thursday evening. For the Navy of the Federation, it is a fire on board that... 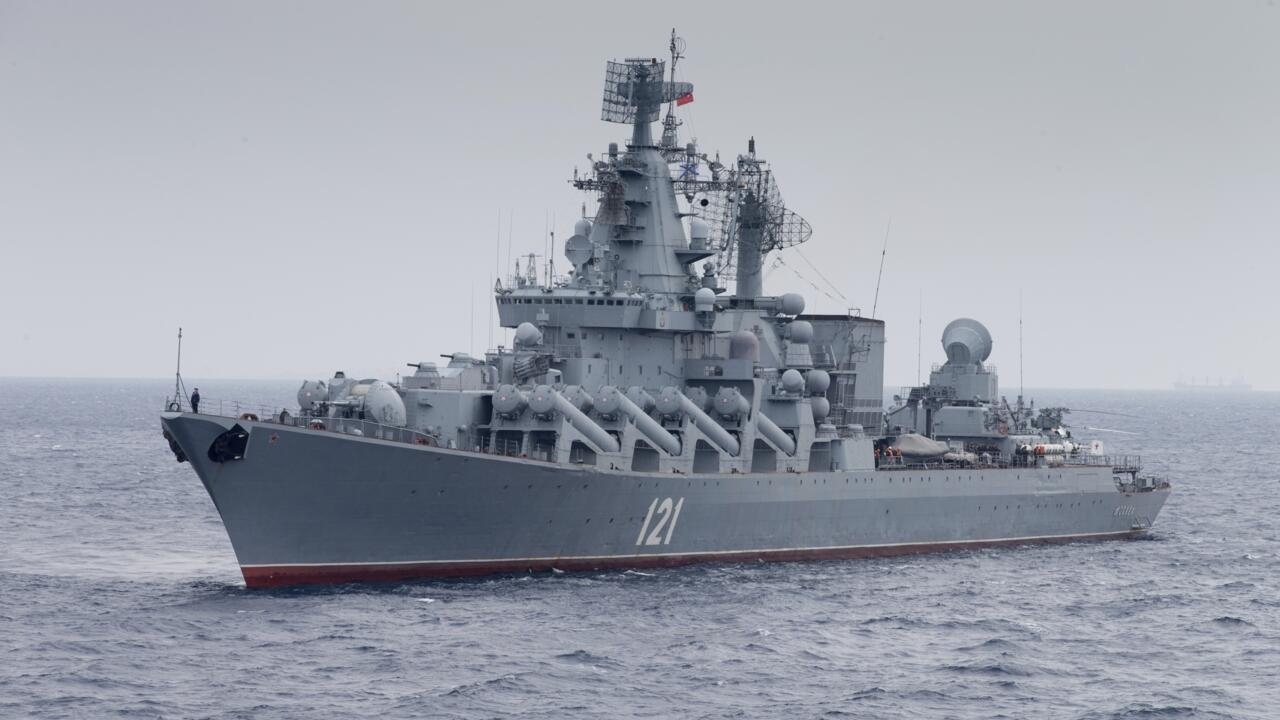 The cruiser "Moskva" sunk in the Black Sea: a huge setback for the Russian Navy

The Russian cruiser "Moskva", on patrol in the Mediterranean Sea near the Syrian coast, at the end of 2015. AP

, flagship of the Russian fleet in the Black Sea, damaged on Tuesday, sank, the Russian Ministry of Defense announced Thursday evening.

For the Federation Navy, it was a fire on board that caused the loss of the boat.

As for the Ukrainians, they assure that the cruiser was destroyed by one of their anti-ship missiles.

Interview with Vincent Groizeleau, editor-in-chief of the magazine

, on the importance of this event.

RFI: Are all the hypotheses possible to explain this shipwreck?

Vincent Groizeleau, editor-in-chief of the magazine

All the hypotheses, indeed, are possible, because we have already seen incidents on Russian vessels, especially those from the Soviet era which are really loaded boats, filled with ammunition, missiles, shells and of course fuel for their own needs and also for those of their helicopters.

So they are still relatively floating bombs, and we have already seen incidents.

►To re-read: The Russian cruiser

But it is true that the Ukrainian statements, according to which the boat was hit by an anti-ship missile, are really credible.

We are dealing with existing anti-ship missiles, missiles that have a range of 300 kilometres, so it is completely credible.

A device like that, touching the boat, almost anywhere, because there are weapons and fuel in many different places, could have generated a fire which then ravaged the boat.

This is typically what happened 40 years ago in the Falklands, when the British had a destroyer destroyed by an Exocet missile, which set the ship on fire and eventually sank under the effect of the fire.

This anti-aircraft defense frigate was nevertheless equipped with means of protection.

Yes, it's true that it's quite curious, because it is certainly an old boat, it is a ship which entered service in 1982, a boat which had certainly been designed at the time to take on the American aircraft carriers, with these big tubes that you see on the sides, which are anti-ship missiles designed precisely for the destruction of large surface units, but it also had a large number of anti-aircraft missiles, and also multi-barreled guns which are there to defend against aerial threats and typically missiles.

Did the degraded weather conditions cause the systems to not work well?

Were the systems not effective enough and did not spot the missile coming at them?

As the Ukrainians point out, was the boat's defense taken over by TB2 drones (drones from the Turkish manufacturer Bayraktar, editor's note), which circled around the boat, or in any case, near it, and which ultimately mobilized the Russian sailors who did not see the missile arrive, and were overwhelmed?

We do not know very well, and unfortunately this boat having sunk, it will be difficult to see, simply by the image with clues that we could have looked on the hull, what could have happened.

What does the loss of

First, it is very symbolic.

And then Moskva, that means Moscow, so it's a symbol: the Ukrainians sank the cruiser “Moscow”!

And then it's actually the largest building in the Russian Navy, and the flagship of the Black Sea Fleet, so it's a very big symbol.

It also says something about the whole of the Russian army, that is to say that there are very technological weapons, very threatening, but besides that, there is still a large part of the capabilities Russian soldiers who are aging and obviously vulnerable, in any case not cut out for modern combat.

sank in the Black Sea

There you go, this boat which was over 40 years old is now at the bottom of the water and that raises a lot of questions about the rest of the Russian navy, which is still made up of many boats from that era, although there are modern buildings that have entered into service.

In any case, for the main ships, we are still on ships from the Soviet era.

Is the Russian Navy obsolete?

We can ask ourselves the question.

Will the loss of this ship affect the current offensive?

No, I don't think so, because it's only one boat out of about forty that are currently evolving in the Black Sea Fleet for the benefit of operations in Ukraine.

So certainly, it was the greatest;

Admittedly, it was a boat full of sensors, therefore extremely interesting for situation monitoring, for example aerial surveillance, surface surveillance.

These were obviously intervention capabilities, but rather maritime and anti-aircraft, because this boat was not equipped with cruise missiles capable of hitting land targets.

So, no, it won't change the face of things, the Russian fleet remains very dominant in the Black Sea.

It has control of the Black Sea, because it has many more resources than the Ukrainian navy, which was already very small when hostilities began, and which now has almost no ships.

Her main boat was scuttled and the rest, it can be presumed, either destroyed or remains in port.

But we have no indication today as to the Ukrainian naval capacity: do they still have ships?

With what offensive capabilities?

Are they able to go out, to carry out operations?

We do not know.

So, no, the destruction of this cruiser will not change the situation on the ground, but it is true that it is a hard, symbolic, extremely strong blow for Russia.

►Read again: The day the cruiser

, a Russian flagship, sank in the Black Sea

It's not just anything, we are talking about a boat 186 meters long, which weighs more than 11,000 tons;

it is one of the largest boats in service in the region!

So it's really not just anything and we are also waiting to find out what has become of the 500 sailors who were on board.

Because the Russian Ministry of Defense says they were evacuated.

You don't evacuate a warship just like that, if they were evacuated, it was because it was really in danger and it no longer had control of the fire.

I have my doubts that they all made it out unscathed.