Unexpected but not without a future Olympic champion, since the "click of the Games" in Tokyo, Romain Cannone hopes to confirm by winning from Friday in Paris in the Challenge Monal, the only... 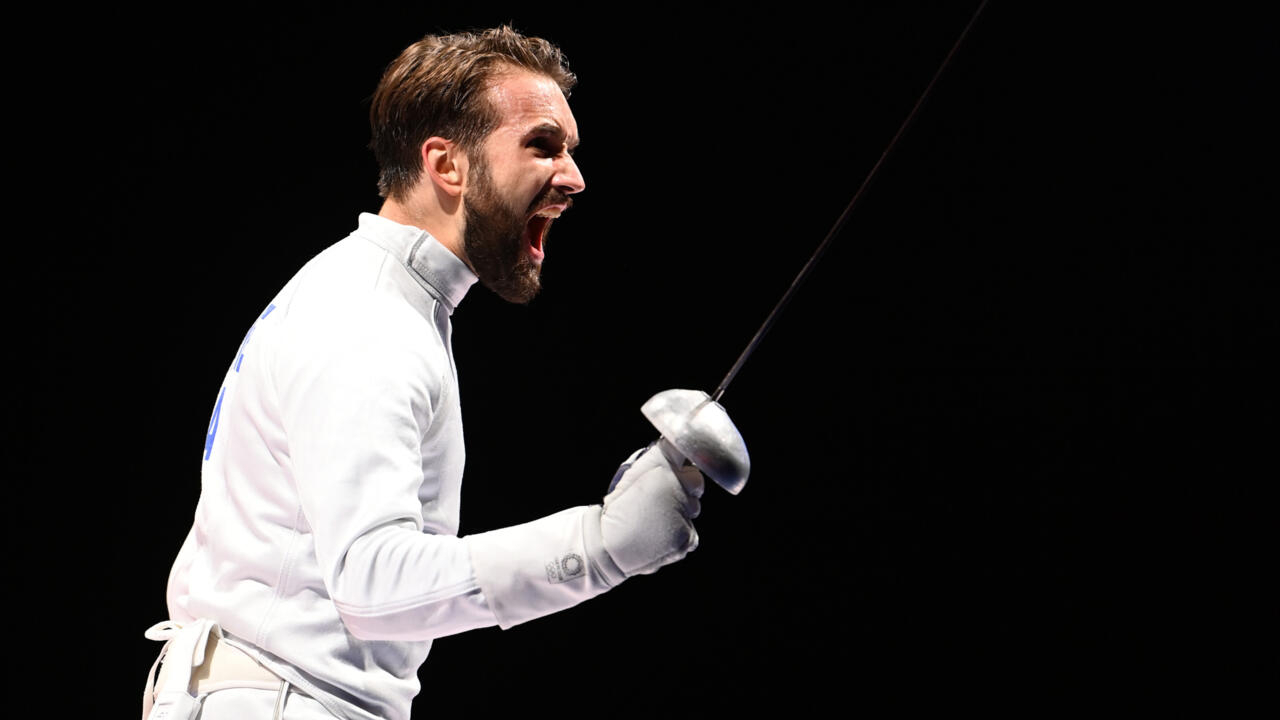 At Insep on Tuesday, the shooters who meet him have a little word for the Olympic champion who is celebrating his 25th birthday that day and the end of a crazy year.

Nine months ago, Romain Cannone, 47th in the world, belied all predictions under the roof of the Makuhari Messe in Japan to become the first French gold medalist at the Tokyo Olympics.

"No one saw it coming, we have to be honest," admits the Olympic team champion in Rio in 2016, Gauthier Grumier, who has become assistant coach of the French men's epee team.

If no one saw Cannone coming in July, everyone has seen him on the catwalks since.

In four World Cup stages, he finished second once and third again.

What propel him N.1 world, he who had never climbed into the last four of a round of the World Cup before.

In one year, "Pano" -his nickname in reference to Peter Pan-, "caught in a whirlwind", has grown well.

From unknown, Romain Cannone has become a "public figure", he admits to AFP "with the faults and the advantages" of the situation.

Among the latter, the CIP (professional integration agreement) that he signed with EDF.

"Beautiful shoes", slips him besides a member of the federation.

The swordsman, decked out in leather boots and plaid pants, comes straight from work after his day as management controller at the electricity supplier.

It mismatches among the shooters arriving at training in tracksuits.

However, the gold medalist does not want to appear out of step.

This is why, despite the Olympic title, he resumed "like everyone else" two weeks after his return to France.

"I didn't want to place myself above the others," he explains.

"And resuming training quickly, it made me surf on this wave of confidence which was rather successful for me", observes the native of Boulogne-Billancourt, in the western suburbs of Paris.

How can this transformation be explained?

"The trigger of the Games was to tell me + you can do it +, he analyzes. We say it to each other all the time but as long as we haven't done it, we don't have that confidence. "

"The Games triggered something"

"He was incredible on the day of the Games and that triggered things for him", summarizes Gauthier Grumier, also individual bronze medalist at the 2016 Olympics.

"For others it happens in a more ordinary tournament, he was at the Games."

The gaze of others has also been transformed into a dueling sport where status counts.

"The opponents put you a little higher than you are, described to AFP Hugues Obry. Obviously they want to beat you but they say to themselves + it's the Olympic champion + and no longer shoot in the same way ."

Will he be able to extend his "period of euphoria", according to Hugues Obry, until the Challenge Monal this weekend?

No Frenchman has won at Coubertin since 2016 and a certain Gauthier Grumier.

"It's the most beautiful World Cup to win, describes Romain Cannone. It's here that it cries the loudest, that there are the most supporters. There is real magic. If I manage to winning it will be the equivalent of being world champion in my head."

Before real Worlds in Cairo from July 15 to 23.