The succession of Feijóo in Galicia, directed with the support of all the provincial barons to Alfonso Rueda

The succession of Alberto Núñez Feijóo in Galicia is already under way. The official call for an extraordinary congress at the PPdeG would be pending and Alfonso Rueda... 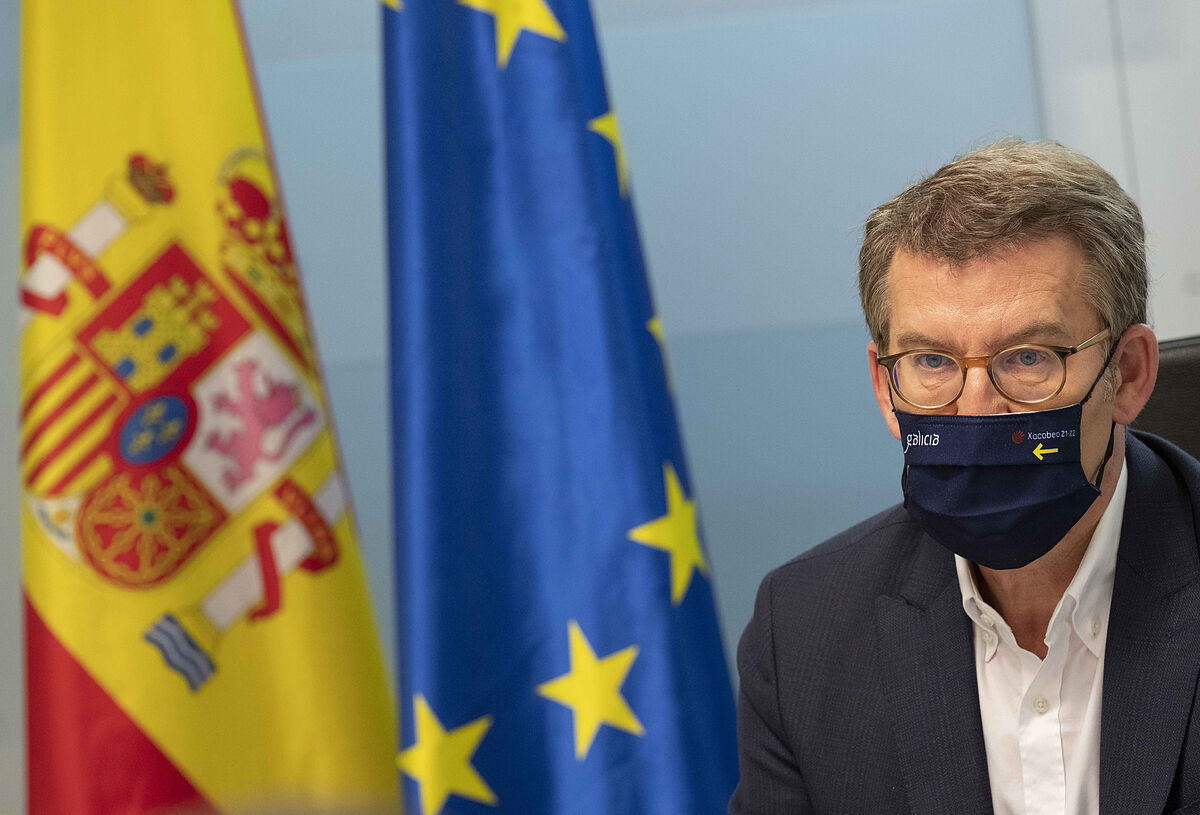 The succession of Alberto Núñez Feijóo in

is already under way.

The official call for an extraordinary congress in the

would be pending and

would take the step of making his candidacy official, but the path is already fully prepared to preside over the party and, incidentally, the

, is headed by himself.

The last support, and also the most symbolic, was received this Wednesday.

It was that of

provincial president of the Popular Party of La Coruña, and until this week one of the names that sounded the most, along with that of Rueda, as a candidate to succeed Feijóo.

After disagreeing with the dominant line in the party of a slower succession and by hand and insisting on the need to convene a congress, this Wednesday the hatchet has finally been lowered and it has joined the already majority line in the Galician PP that Rueda assumes the succession.

"I give my support to a possible list of consensus and unity headed by Alfonso Rueda," he confirmed through a statement released on Wednesday afternoon, hours after the leader of Lugo,

, also joined a position public support for Rueda that was inaugurated on Tuesday afternoon by the Baron of Orense, José Manuel Baltar.

Alfonso Rueda, current first vice president of the Xunta de Galicia -in the post since 2012- and president of the party in Pontevedra, would therefore have the support of the other three provincial presidents and the commitment of all of them not to fight against him and support his succession.

After several days in which the party was divided between the supporters of a succession by hand and those who were committed to organizing a congress, Feijóo himself tipped the balance over the weekend in favor of the congress and now there is no one left in the bosom training in Galicia contrary to this measure.

It remains to be seen when it will be, but there is no discussion about its convenience.

There is also no discussion about the person the party will support.

Feijóo himself has held a series of meetings with party leaders in the community in recent days to discuss the succession formula and has finally reached an agreement with the four provincial leaders and the rest of the party's heavyweights to convene that congress and keep a unitary list.

In his statement this Wednesday,

was satisfied that the succession is decided within the framework of an extraordinary congress and not within a vote of the members of the regional executive committee and that it is the solution "supported by all and from all the provinces" and stressed that this decision "demonstrates that the Popular Party is a mature and democratic party".

Calvo insisted, as Baltar also did, that the call must be held "as soon as possible" to unclog the interim situation in which the party and the Government find themselves, since Feijóo had to resign as regional leader to lead the PP at the national level and is still president of the Xunta, but he himself stated that in May he wants to resolve the transfer of powers.

The convening of the congress must be done with a 30-day margin, so that the party will have to make a move as soon as possible to be able to close the relay in May.

In the Xunta, the deadlines go separately and could be speeded up once, with the substitute well tied, Feijóo announces his resignation and the president of Parliament, the 'popular'

, opens the process for the vote of the new president.

"The only important thing in this process is to remain united and strong, because the least important thing is the people," said Calvo, thus closing any possible fissure within the party and calming the winds of crisis that had risen in recent days.

is the only one who had remained silent until now and this Wednesday she broke her silence to also give her support to Rueda.

"If he decides to take the step, I will be by his side and I will also vote for him in the investiture session when the time comes", assured the 'popular', alluding, in this way, to the fact that he would be his candidate both for the party as for the Xunta.

Candia showed his confidence in the "management experience" and the "organic experience" of Rueda, in a very similar line to the one that

reiterated his support for the second consecutive day on Wednesday.

He considers him the "best successor" and the "best deputy that the PP Parliamentary Group has."

This congress will resolve the succession in the party, but the replacement in the Galician Government remains to be resolved, which must go to a vote in the Galician Parliament.

The 42 deputies of the PP parliamentary group that hold the majority in the autonomous Chamber will be able to vote and the elected must necessarily be a deputy with minutes.

Alfonso Rueda has it for Pontevedra.

After several days in which a possible bicephaly in the presidency of the PP and the Xunta was debated, the party has already ruled it out, so that Rueda will, in all probability, also be the future president of the Galician Government.

Calvo himself recalled this Wednesday that bicephaly "we already said at the time it was not the best option."

Thus, he gave his unwavering support to the leader for Pontevedra.

"I think that Alfonso Rueda is the ideal person to assume the presidency of the Xunta and the party, since the best thing is that the same person directs both the regional government and the party that supports it."

And he advanced that "as soon as he takes the step, he can count on the support and collaboration from La Coruña, just as we have always done with President Alberto Núñez Feijóo".