Nanjing Massacre survivors are dying: but historical memory will continue

China News Service, Nanjing, April 13th (Reporter Shen Ran) On April 13th, the Memorial Hall of the Victims of the Nanjing Massacre by the Japanese Invaders (hereinafter referred to as the Memorial Hall) held a lights-out ceremony for the four elderly Zhu Zaiqiang, Pu Yeliang, Wang Suming and Wang Heng. ceremony. Since the beginning of this year, four more survivors have passed away among the su 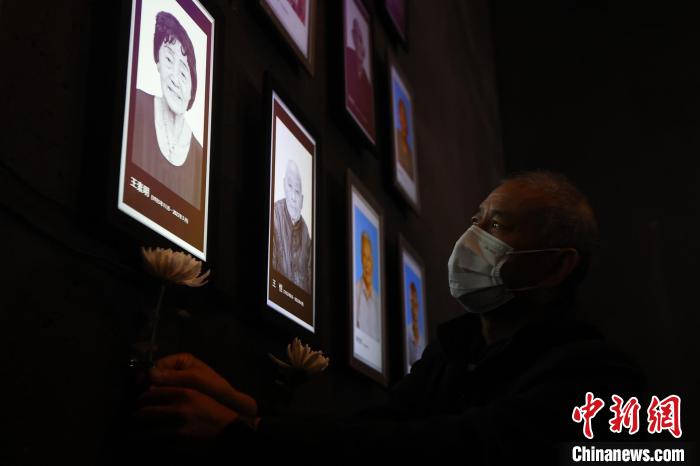 Since the beginning of this year, four more survivors have passed away among the survivors registered with the Nanjing Japanese Invasion Victims Aid Association, and so far, only 57 survivors remain.

On the same day, the family members of the elderly gathered in front of the survivor list wall of the memorial hall to turn off the lights and lay flowers for the photos of the elderly to express their grief and recall the historical memories and expectations left by the elderly.

The 90-year-old old man Zhu Zaiqiang survived the slaughter of the Japanese army when he was young. Since then, he has not only become a soldier on the battlefield to resist U.S. aggression and aid Korea, but also was admitted to a university and became the pride of the whole family.

"As descendants of the survivors, we will inherit the historical memory of our fathers, actively participate in related activities of the memorial hall, and make a little contribution to maintaining peace and justice." His son Zhu Xiaoliang said.

Pu Chuanzheng, the eldest son of Pu Yeliang, recalled that when his father was alive, he often participated in the activities of the memorial hall regardless of his old age, and ran to restore the historical truth and oppose the war.

"Father would often tell us about this tragic history before his death. As descendants of survivors, we have the responsibility to take over the baton and pass down the historical memory of the Nanjing Massacre from generation to generation."

The 87-year-old Wang Suming lost his close relatives at a young age because his father was brutally murdered by the Japanese army.

"My mother-in-law is gone, but the history of the Nanjing Massacre has become a family memory passed down from generation to generation. In recent years, every time we go abroad, we will tell foreign friends about this history as the family members of the survivors, so that more people can understand Nanjing University. We will continue to tell the truth about the massacre in the future," said Xia Xing, Wang Suming's son-in-law.

The descendants of the deceased survivors will engrave in their hearts the heavy responsibility of inheriting the entrustment and telling the history.

The centenarian Wang Heng passed away shortly after the Qingming Festival this year. The old man experienced the Nanjing Massacre when he was young and lost his father in the war.

The families of the four deceased elderly donated items used by the elderly to the memorial.

"Although Grandpa is no longer here, the story of Grandpa Wang Heng will not 'stop'. I saw the memories and condolences left by netizens on the Weibo account. I think we should continue to pass on the entrustment and hope that Grandpa left us. Go on. I will continue to write the story of Grandpa Wang Heng and record the history that Grandpa once told me. As the descendants of the witnesses of the Nanjing Massacre, this is our mission." Wang Lian told reporters.

Up to now, there are only 57 survivors registered with the Nanjing Japanese Invasion Victims Aid Association.

Zhou Feng, Deputy Director of the Propaganda Department of Nanjing Municipal Party Committee and Director of the Memorial Hall, said at the ceremony, "We are very sorry and saddened that several elderly survivors have passed away recently. The 'Lights Out Ceremony for the Dead Survivors' is not only a memory of the dead survivors Our grief and grief are also our memory and inheritance of our historical memory. The past is not forgotten, and the future is a teacher. The Nanjing Massacre is not only the individual memory of each survivor, but also should be engraved in each of us's minds and precipitated as The collective memory of the entire country and the entire nation. We have the responsibility to take over the baton of the survivors’ historical memory and pass on this historical memory from generation to generation. Only by not forgetting the past and taking history as a mirror can we walk the road to the future!” ( Finish)