Current Affairs News 丨 Xi Jinping's third day of inspection in Hainan, why did he investigate this economic development zone?

On April 12, General Secretary Xi Jinping came to the Yangpu Economic Development Zone in Danzhou, Hainan. The Yangpu Peninsula is surrounded by the tropical monsoon climate, with blue sky and blue sea and light warm wind. On the same day, the general secretary inspected Yangpu Exhibition Hall and Xiaochantan Port of Yangpu International Container Terminal successively. What are the clear signal 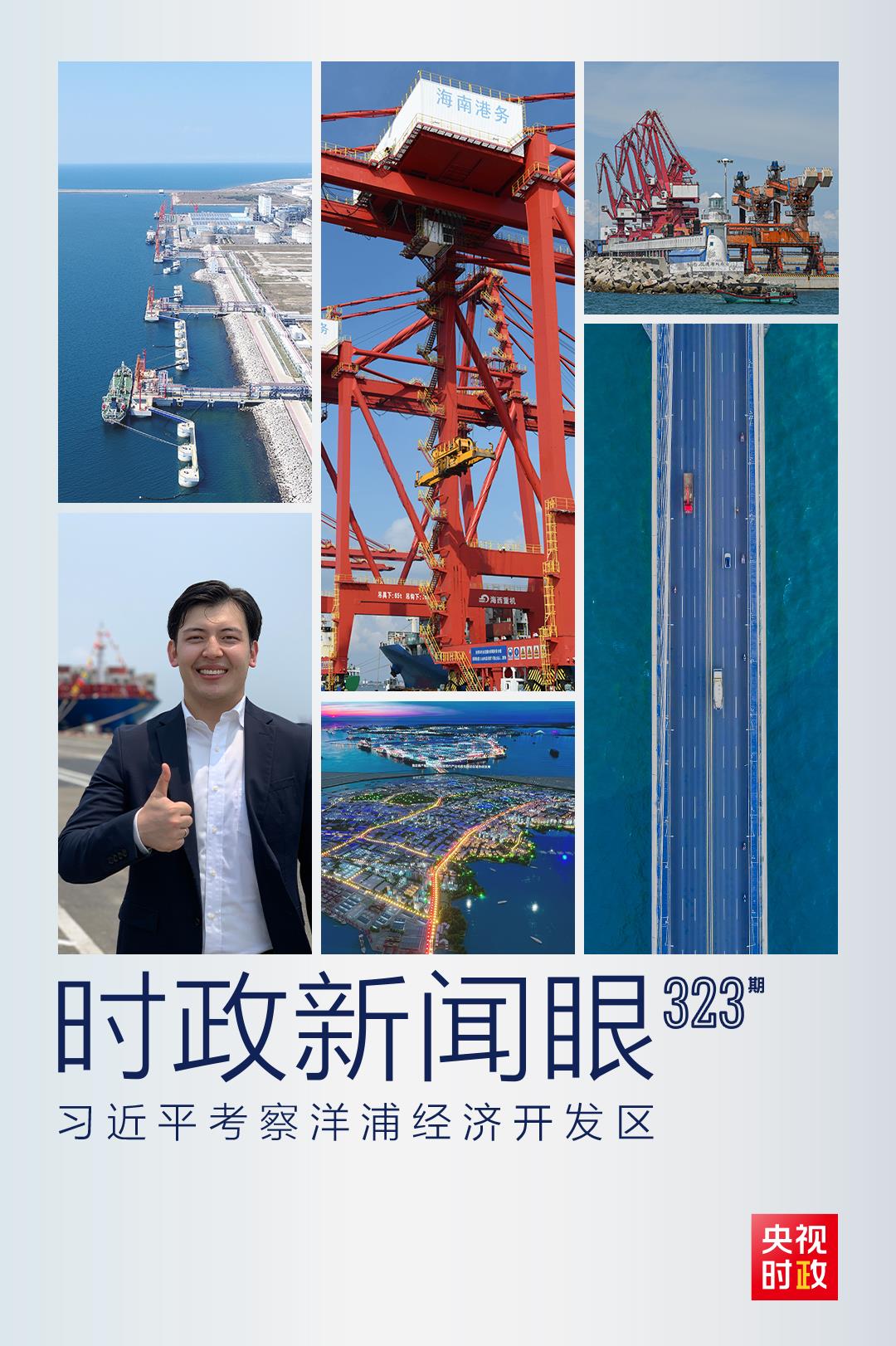 The Yangpu Peninsula is surrounded by the tropical monsoon climate, with blue sky and blue sea and light warm wind.

What are the clear signals released by the general secretary's visit this time?

△Schematic diagram of the inspection site on April 12

"Yangpu Port is located on the northwest side of Danzhou Bay in the northwest of Hainan Island. It is a safe harbor for ships, with deep water and small waves, no siltation, and can accommodate large ships of 10,000 tons." This is a description of Yangpu Port in "Dan County Chronicles". .

In 1988, Hainan was officially established as a province and became the largest special economic zone in the country.

With its deep-water port resources and unique location advantages, Yangpu has been pushed to the forefront of reform and opening up by the tide of history.

In 1992, the State Council officially approved the construction of Yangpu Economic Development Zone in Hainan Province.

This is the first state-level development zone in my country that is developed by foreign investors and enjoys the bonded zone policy.

The Yangpu area is adjacent to the ASEAN Free Trade Area, and is not more than 500 nautical miles away from more than 10 major port cities in the surrounding countries and regions. It is the intersection of the new western land-sea passage and the 21st Century Maritime Silk Road.

Xi Jinping had an emotional connection with Yangpu as early as when he was working locally.

During his tenure in Fujian, he supported the promotion of Yangpu Economic Development Zone to hold large-scale investment promotion activities in Fujian.

In April 2010, Xi Jinping, then vice-president of the state, came to Yangpu to investigate the production, operation and independent innovation of Sinopec Hainan Refinery and Chemical Co., Ltd.

When he visited Hainan four years ago, General Secretary Xi Jinping mentioned that Hainan has many unique and bright business cards, such as the largest special economic zone in the country, the permanent host of the Boao Forum for Asia, an international tourist island, Yangpu Development Zone, and the main producing area of ​​tropical agricultural products. Wait.

He said, "Every business card contains profound development potential and important development vitality, and can make a big article and a good article."

This hot land has already made real "big articles and good articles".

On the morning of April 12, the general secretary came to the Yangpu Exhibition Hall to focus on the development of Yangpu Economic Development Zone.

Yangpu Exhibition Hall is located in Binhai Cultural Square, with an exhibition area of ​​2,600 square meters. Through various forms such as text, pictures, videos and 4D dynamic experience, it is divided into 4 chapters to show the development history of Yangpu Economic Development Zone in the past 30 years, Construction achievements and future plans.

In the exhibition hall, two figures stand out: last year, the total import and export trade volume of Yangpu Economic Development Zone accounted for 47.6% of Hainan Province, and the total industrial output value accounted for 34.9% of the whole province.

It is worth mentioning that promoting the integrated development of Danzhou and Yangpu has been included in the "14th Five-Year Plan" for the construction of the Beibu Gulf urban agglomeration.

At the end of last year, Hainan held a mobilization conference to promote the integrated development of Danzhou and Yangpu, which will use the province's efforts to build the third pole of Hainan's high-quality development.

△ The "subsea photoelectric composite cable" exhibited in the exhibition hall is used for ocean energy interconnection, such as offshore wind power collection and output.

The pavilion is an important window to understand the natural and cultural changes of a region.

In April 2018, when the General Secretary visited the 30th Anniversary Achievement Exhibition of the Hainan Provincial Special Economic Zone at the Hainan Provincial Museum, he expressed affectionately that Hainan has developed from an underdeveloped border island into the largest special economic zone in my country and a well-known international tourism island at home and abroad. , the reform and opening up has achieved major breakthroughs, and economic and social development has made great achievements, which fully proves that the decision of the CPC Central Committee on establishing a province and running a special economic zone in Hainan is correct.

The Xiaochantan port area was put into trial operation at the end of 2016, and three 50,000-ton multi-purpose berths were built, with a designed annual throughput of 650,000 TEUs of containers.

In the first quarter of this year, the container throughput of Yangpu Port has reached 403,300 TEUs, a year-on-year increase of 61.84%, setting a record for the same period in history.

The construction of the Hainan Free Trade Port is a major reform and opening-up initiative personally planned, deployed and promoted by General Secretary Xi Jinping.

Four years later, during this visit to Yangpu, the general secretary focused on understanding the construction of a free trade port with Chinese characteristics.

In the process of building a free trade port in Hainan, Yangpu once again assumed the important task of "pioneering area".

As one of the 11 key parks of the Hainan Free Trade Port, Yangpu Economic Development Zone is focusing on three areas: the high-tech industrial base, the regional shipping center of the new western land-sea channel, and the pilot platform for comprehensively deepening reform and opening up. , platform” three aspects of the article.

Free trade ports are the highest level of openness in the world today.

The Yangpu Economic Development Zone he investigated this time is a vivid epitome of the construction of Hainan Free Trade Port.

The tide is flat and the banks are wide, and the wind is hanging.