Tehran announced 30 nuclear reactors by 2040. Why did 250 Iranian parliamentarians warn against crossing the "red lines" in Vienna?

Just a day after Iran announced a nuclear strategy that includes building 30 Iranian nuclear reactors, 250 parliamentarians returned to warn against crossing the “red lines” in the negotiations in Vienna after a similar message just 50 days ago. 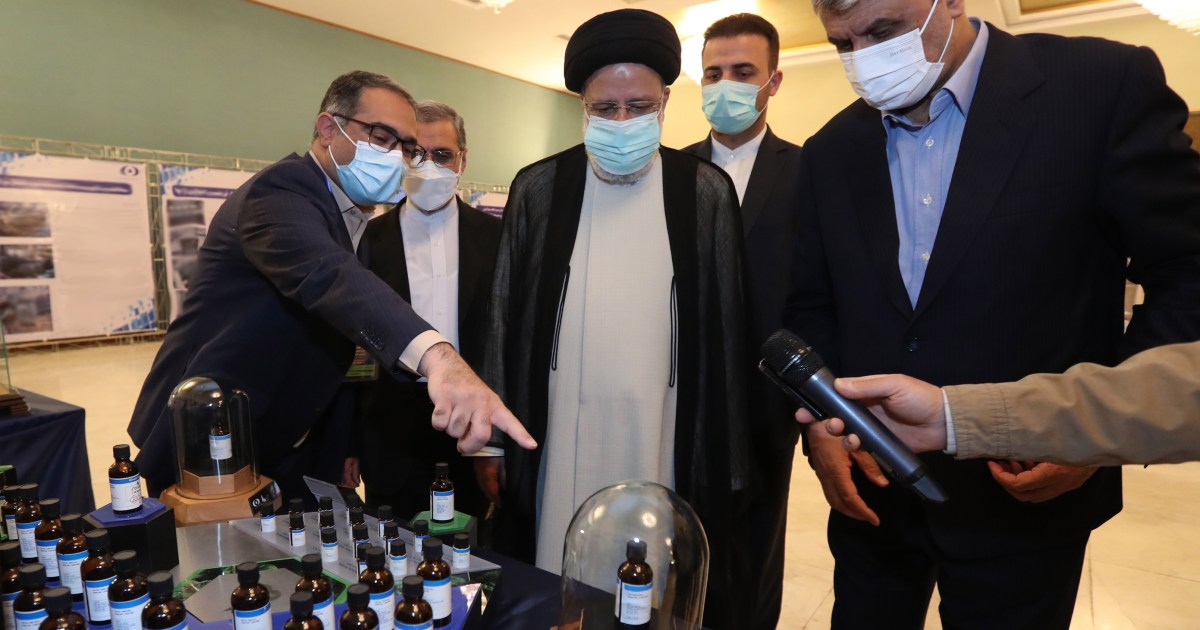 Just 50 days after they issued a statement on the need for the Iranian negotiating delegation to abide by what they described as the "red lines" in the Vienna negotiations with Western countries, and not to compromise on "national interests", 250 parliamentarians returned to send a message to President Ebrahim Raisi regarding The future of negotiations with the "4 + 1" group.

Among them are legal guarantees that Washington will not withdraw from it, that it will be approved by the US Congress, and that the mechanism of the potential agreement will ensure that Washington does not re-impose sanctions on Iran.

In light of the restrictions and red lines that the conservative parliament waves from time to time, along with the road map drawn by the Iranian authorities, observers in Tehran have questioned the possibility of reaching an agreement on the nuclear file with major world powers.

The message of the Iranian deputies came just one day after Iran revealed a "nuclear strategic document" that defines its policy in this field until 2040, and hours after the message of the Iranian deputies, Iranian President Ibrahim Raisi replied that his government's policy in the Vienna negotiations is based on what he called "nuclear policy." Approved by the Commander in Chief in reference to Iranian Supreme Leader Ali Khamenei.

For his part, Director of the Arab Center for Iranian Studies, Muhammad Salih Seddian, believes that Iran's nuclear policy and the political path of negotiations drawn up by the Supreme Council for National Security since before 2015 do not constitute an obstacle to negotiations aimed at reviving the nuclear agreement.

He told Al Jazeera Net that the eighth round of the Vienna negotiations ended without reaching an agreement between the Iranian and Western sides, noting that the Iranian Foreign Ministry says that it has not yet received a response from the United States on the proposals conveyed to it by the European Union coordinator on nuclear talks, Enrique Mora.

Sedqian considered that the main obstacle to reviving the nuclear agreement is the demand to remove the Revolutionary Guards from the US terrorism list, explaining that Tehran responded to American messages it received through mediators that wanted the Quds Force to contribute to reducing tension in the region.

He added that Iran dealt positively with the American request, and presented a vision and initiative to form a security system with the participation of the countries of the region to reduce tension in it, but it stipulated the non-interference of foreigners.

Among the most important axes of the comprehensive document for the nuclear industry, there are 3 articles that frame the nuclear program:

Participation of the private sector in the nuclear program.

Activating academic messages and proposals in the Iranian nuclear industry and applying them on the ground with the contribution of knowledgeable companies.

The director of the Arab Center for Iranian Studies added that Iran's nuclear policy emphasizes the peacefulness of its program and not deviating from peaceful technical frameworks.

As for the nuclear negotiations, Sedqian says that they are drawn up in the National Security Council headed by the President of the Republic, a representative from the office of Supreme Leader Ali Khamenei, and delegates from all decision-making centers in the country, stressing that the Iranian negotiating delegation is walking within the framework of the red lines prepared in advance to preserve national interests. But he has levels of freedom of movement to which he is communicated.

On the other hand, the academic researcher in the Iranian nuclear file, Mohsen Jalilund, believes that the Vienna negotiations have emptied of their content after the footnotes dominated the discussions, stressing that the Vienna negotiations have turned in recent months into an arena for bargaining over the Iranian regional role and Russian demands.

In an interview with Al Jazeera Net, he ruled out reaching a nuclear agreement in the near term, explaining that regional and international developments, especially the war on Ukraine, have complicated the nuclear negotiations and that the rift in the positions of the Iranian and American sides is increasing with the prolongation of the talks.

Gilliund read the Iranian parliament’s message to Raisi that it comes within the framework of distributing roles between Iranian institutions to pressure international parties and support the national negotiating team, explaining that the parliament is unable to pressure the negotiating team because the latter is working according to a road map drawn up in the National Security Council.

He added, "There is no real controversy among Iranian circles regarding the nuclear file, especially after the conservative movement's control of the executive, legislative and judicial authorities."

Efforts to conclude a new deal have yet to be completed after a last-minute request from Russia forced world powers to temporarily halt nuclear talks - aimed at reviving the nuclear deal - even though almost most of the text of the agreement was agreed upon.