SMS from the Zemmour party to French people of the Jewish faith: a criminal investigation opened in Paris

A preliminary investigation was opened this Tuesday, April 12 in Paris after the complaint of two associations on a canvassing by SMS from the party of Éric Zemmour targeting French voters of Jewish faith. 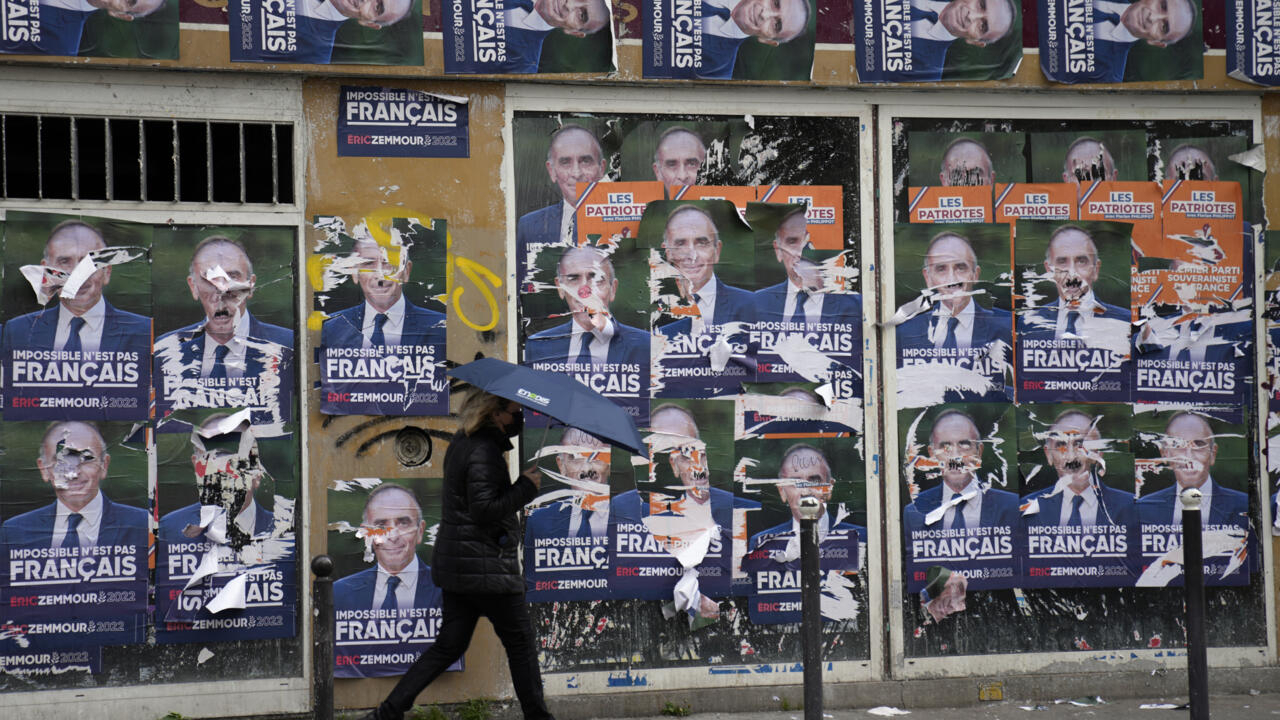 SMS from the Zemmour party to French people of the Jewish faith: a criminal investigation opened in Paris

Wall of posters by Éric Zemmour for the presidential election, in Paris, on March 31.

A preliminary investigation was opened on Tuesday April 12 in Paris after the complaint of two associations on a canvassing by SMS from the party of Éric Zemmour targeting French voters of the Jewish faith on the eve of the first round of the presidential election.

The SMS was sent the day before the first round of the presidential election to many mobile phones in France.

Signed with the name of Eric Zemmour, it referred to a page published by the Reconquest party!

The far-right polemicist, who won 7% of the vote on Sunday, presented himself as "

The anti-Semitism that kills today is Islamic

Following a complaint from the Union of Jewish Students of France (UEJF) and the association J'accuse AIPJ, the prosecution announced on Tuesday the opening of an investigation for "

possession, storage, recording, transmission of personal data outside the cases provided for by law, communication to a third party without authorization and misuse of the purposes of a personal data file”.

The investigations were entrusted to the Brigade for the repression of personal crime (BRDP).

The criminal code punishes by five years' imprisonment and a fine of 300,000 euros the creation of a file revealing religious beliefs or racial or ethnic origins without the consent of the person concerned.

Investigation already opened at the CNIL

The National Commission for Computing and Liberties (Cnil) had already opened an investigation following this canvassing.

The Cnil stipulates that "

the processing of personal data which reveals (...) religious beliefs

Asked by BFMTV, Éric Zemmour's team had confirmed that they were behind the campaign to send "

" which linked to the candidate's web page.

One of the leaders of the Reconquest!

had assured the news channel that this political canvassing had been set up with the help of a personal data broker, who buys databases to trade in them.

Three other associations, the International League against Racism and Anti-Semitism (Licra), SOS Racisme and Mrap (Movement against racism and for friendship between peoples), also announced to AFP that they had filed a complaint on Tuesday with from the Paris prosecutor's office.