Presence in the field and local support: the keys to Mélenchon's success in the Overseas Territories

Presence on the ground, influential local supporters, protest vote and program close to the concerns of ultra-marines: several factors explain the very broad success won on Sunday by… 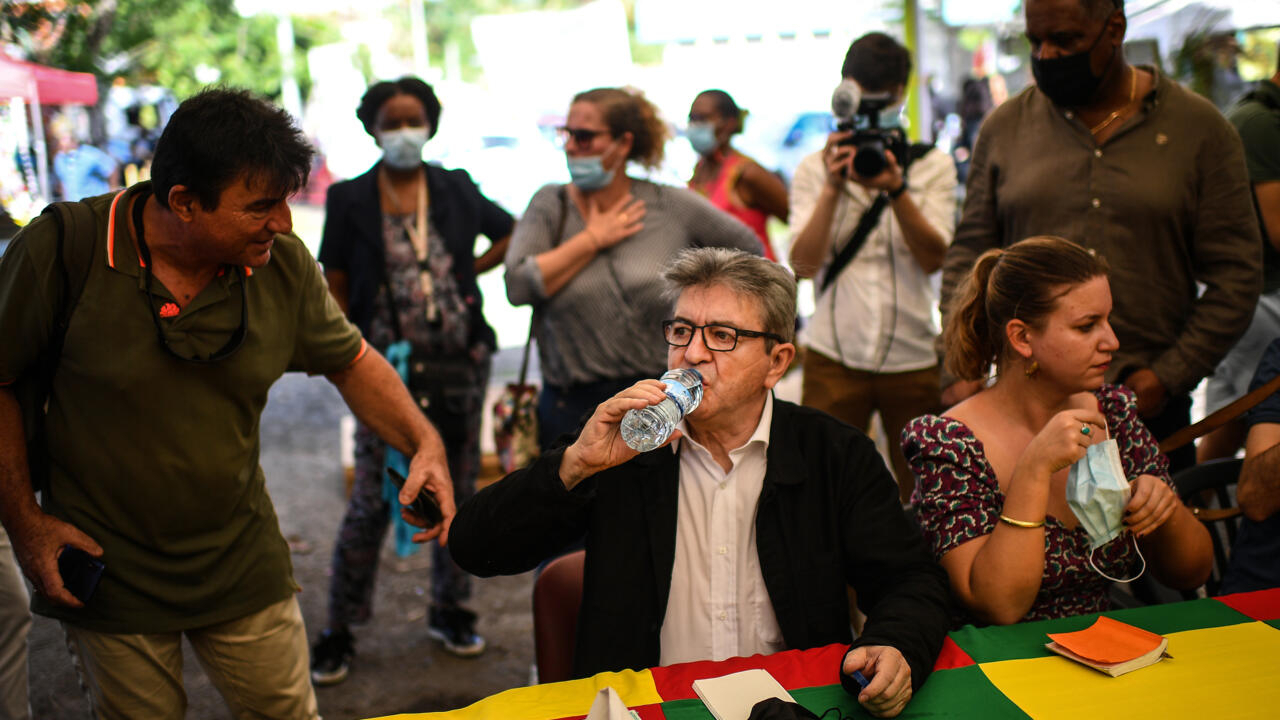 "It's not really a surprise given the local atmosphere. A tense atmosphere linked to the crisis (…) people are fed up (…) it's a kind of protest vote," said analyzed the LREM deputy from Saint-Pierre-et-Miquelon Stéphane Claireaux, Sunday on France Télévisions.

In Guadeloupe, "this election took place in a climate of anxiety, which follows a health crisis, a major social crisis on the island, and the results of the first round clearly show that there is a form of radicalism which settled", explains Didier Destouches, lecturer at the University of the West Indies and essayist.

"We must note the gap between our local representation, which massively sponsored the outgoing president, and the votes of Guadeloupeans who do not go to him", he underlines.

Jean-Luc Mélenchon draws his success "from the anti-Macronism that he conveyed during his campaign, but also from elements of the program that speak to Guadeloupean voters: the high cost of living, the optimization of public services, the question of political, food and energy autonomy", adds Mr. Destouches.

“He also carried out a local campaign with trips by several party figures,” continues the academic.

The president of the LFI group at the Assembly Mathilde Panot has thus visited Guadeloupe on many occasions.

The arrival of Jean-Luc Mélenchon at the end of 2021 for a campaign meeting also made the difference when other candidates, such as Valérie Pécresse, only came there for a few hours or not at all, like Emanuel Macron.

In Martinique, only Jean-Luc Mélenchon and the socialist candidate Anne Hidalgo came to present their programs.

A strategy that has paid off for the LFI candidate.

In the entourage of the Minister of Overseas, it is recognized that the LFI candidate carried out a "field campaign, with a lot of relays" and a lot of travel, but also that his success is due "in substance, (to ) demagogic arguments which succeed in flattering the electorate, particularly in the West Indies: antivax, very populist on water and chlordecone", the pesticide authorized in banana plantations until 1993 and at the origin of lasting pollution in the West Indies.

The candidate of La France insoumise also benefited from strong support in the overseas territories.

In Guyana, in addition to the support of the territorial majority, he benefited from that of the former Keeper of the Seals, the Guyanese Christiane Taubira, who called to vote for him to "bar the road" to the far right.

In Reunion, Jean-Luc Mélenchon had already finished in the lead in the first round of the presidential elections in 2017 because "he allied himself with the left-wing forces of Reunion and mainly with the Reunionese Communist Party which was an important party in the political history" of this island in the Indian Ocean, recalls political scientist Christiane Rafidinarivo, guest researcher at Cevipof.

From 2017, he also “joined forces with Huguette Bello, who succeeded in uniting the lefts at the 2021 regionals” and has since become president of the Réunion region.

"They supported each other in their electoral journeys between 2017 and 2022," says Ms. Rafidinarivo.

The political scientist also recalls that the Mélenchon vote in Reunion is also an "anti-Le Pen" vote.

"At the 2019 Europeans, for the first time, the National Rally came first in all the municipalities of Reunion, and it was an electric shock for public opinion, for elected officials," she explains.