“Ignore political independence”: how the US urges India not to buy energy and weapons from Russia

Washington hopes that allies and partners will not increase purchases of Russian energy carriers and will avoid new deals on the acquisition of weapons from the Russian Federation. This was announced by US Secretary of State Anthony Blinken following bilateral talks between the heads of defense and foreign affairs departments of the United States and India. Earlier, US President Joe Biden told Indian Prime Minister Narendra Modi that buying Russian oil would not benefit his country. Experts note that the States are trying to more actively integrate New Delhi into their sphere of influence, without taking into account Indian national interests. 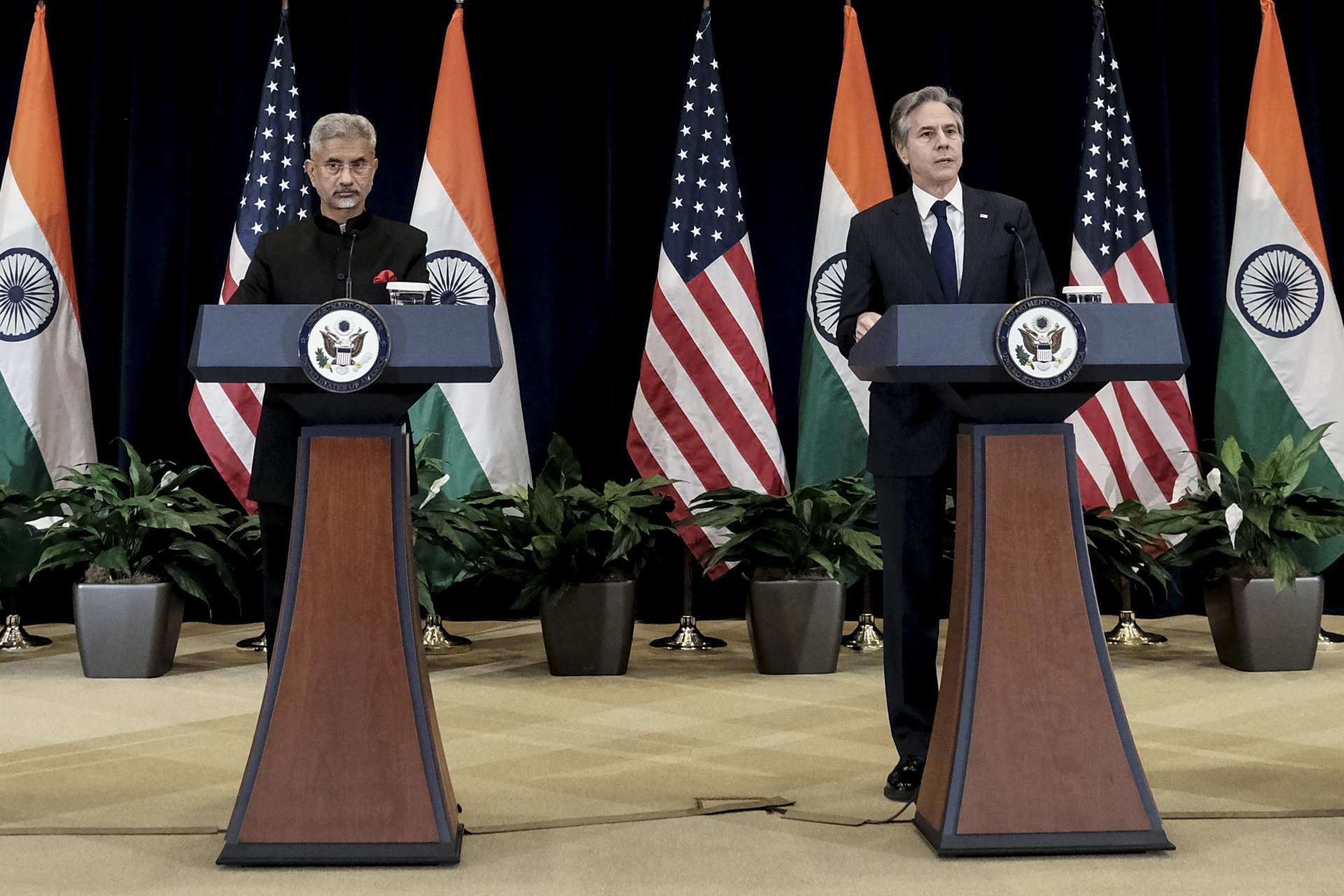 Washington hopes that its allies and partners will not increase energy purchases from Russia.

“Of course, we urge countries not to purchase additional volumes of energy resources from Russia.

All states are in a different position, have different needs and requirements, but we urge our allies and partners not to increase purchases of Russian energy resources, ”said Blinken.

The head of the State Department also added that the US continues to urge all countries to avoid major new deals to import Russian weapons.

At the same time, the head of the American foreign policy department clarified that Washington has not yet decided whether to impose sanctions against India for the purchase of S-400 air defense systems.

“We have not yet made a decision regarding possible sanctions or exceptions to the Countering America's Adversaries Through Sanctions Act,” he said.

Blinken also explained that the trusting relationship between Russia and India was formed at a time when the US "could not and did not want to be a partner for India."

“Now we can and want to be such a partner - the preferred security partner for India,” the head of the State Department emphasized.

Indian Foreign Minister Subramanyam Jaishankar, at a joint press conference with Anthony Blinken, in turn, said that European countries, despite the imposition of sanctions against Russia, continue to purchase energy from the Russian Federation - in a larger volume than New Delhi.

“If we consider the purchase of energy resources from Russia, I would advise you to pay attention to Europe.

We do make energy purchases to the extent necessary for our energy security.

But, looking at the numbers, I would suggest that, most likely, in a month we buy less than Europe in just half a day, ”said the Indian Foreign Minister.

condemn Russia's special operation in Ukraine and said that New Delhi would form its position in accordance with national interests.

The day before, the White House reported that US President Joe Biden, during a video conference with Indian Prime Minister Narendra Modi, asked him not to increase imports of Russian oil.

According to White House press secretary Jen Psaki, Biden told Modi that increasing imports of oil and other goods from Russia was not in India's interests.

In March, Russia exported 360,000 barrels per day to India, almost four times more than in the same period in 2021, the publication emphasizes.

India is the third largest energy consuming country in the world.

The Financial Times notes that India is buying oil that customers in Europe refuse.

In addition, Indian state-owned companies Mangalore Refinery&Petrochemicals and Bharat Petroleum also want to buy Russian oil for delivery in May and June, the agency said.

In turn, Indian Oil signed a deal with Rosneft for the supply of 14.7 million barrels of oil by the end of 2022.

Recall that India is one of the world's largest importers of Russian weapons.

So, in early December 2021, the head of the Federal Service for Military-Technical Cooperation (FSVTS) of Russia, Dmitry Shugaev, announced that the portfolio of orders for the supply of military equipment and weapons to India exceeds $14 billion.

“India is a high percentage of our supply volume.

Almost 25% of our total volume, ”Shugaev said in an interview with the Rossiya 24 TV channel (VGTRK).

Since 1991, India has purchased about $70 billion worth of weapons from the Russian Federation, the FSMTC reported.

In 2018, during negotiations between Russian President Vladimir Putin and Prime Minister Narendra Modi, a contract was signed between the countries for the supply of five regiments of S-400 air defense systems in the amount of $5.43 billion.

In addition, India purchases and assembles Russian T-90S tanks, Su-30MKI fighters, and develops the BrahMos-2 hypersonic missile together with Russia.

Also in India, joint ventures have been established for the production of AK-203 Kalashnikov assault rifles and Ka-226T helicopters.

Political contacts between Russia and India at the highest level also continue.

At a meeting with his Indian counterpart Subramanyam Jaishankar, the Russian minister said that Moscow and Delhi are friends.

“Friendship is the key word to describe the history of our relationship.

They have been very stable over many difficult periods in the past, and I have not the slightest doubt that mutual respect and the search for a balance of interests will prevail in our relations in the future,” Sergey Lavrov said.

The Russian Foreign Minister also thanked India for its objective position on the situation with Ukraine.

“Our Western colleagues now would like to reduce any important international issues to the crisis in Ukraine.

You know our position.

We do not hide anything and we appreciate that India perceives this situation from different angles, and not one-sidedly,” he stressed.

Now the United States is trying to use the situation around Ukraine to convince all countries in contact with them to stop buying energy and weapons from Russia and to the detriment of national and economic interests to buy from America, said Konstantin Blokhin, a leading researcher at the Center for Security Studies of the Russian Academy of Sciences, in a commentary to RT.

“Blinken, in fact, says: “You don’t buy from Russia, declare a boycott for her, but buy from us.

Yes, it’s more expensive, but you will be real allies.”

This is all a continuation of the old tale that Russia's gas and oil are undemocratic.

The goals of the United States are clear here, this is to damage the Russian economy, to hit its most important segments, ”the political scientist emphasized.

Washington has been ignoring India for a long time, but recently, in a hurry, it has been trying to draw it into its zone of influence, Konstantin Blokhin recalled.

“The US is ignoring the political independence of India because they want to involve this country in an alliance against China and use it as a tool to contain Beijing.

In addition, they are annoyed by the lack of loyalty on the part of India, which manifested itself in the purchase of Russian S-400s.

Now New Delhi is concluding contracts for the purchase of oil from the Russian Federation, ”said the interlocutor of RT.

The lack of complete loyalty and absolute discipline among the allies does not suit the United States, the expert added.

The statements of US Secretary of State Blinken in the context of his meeting with the head of the Indian Foreign Ministry in an interview with RT were also commented by Professor of the Diplomatic Academy of the Russian Foreign Ministry Vladimir Vinokurov.

“These statements are aimed at making third countries refuse these purchases, which supposedly should force Russia to stop the special operation in Ukraine.

However, these are situational statements, since we have long-term, reliable and promising contacts with India in all areas.

The Biden administration is wrong in trying to put pressure on India's political leadership.

There is no doubt that all this is being done within the framework of unfair competition both in the field of energy supplies and the supply of Russian weapons and military equipment, ”the expert noted.