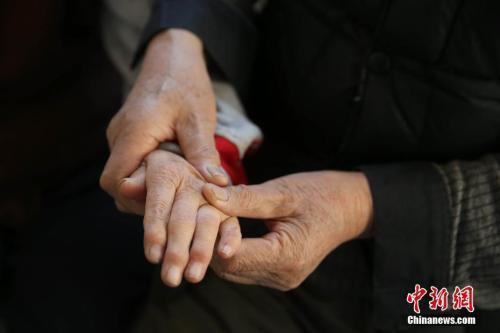 When it comes to Parkinson's, the first reaction of many people is "hand shake".

How to prevent and treat Parkinson's?

Parkinson's - not so far away

With the intensification of population aging, China is about to become the world's largest country with Parkinson's disease population.

However, in recent years, Parkinson's disease patients have shown a trend of younger people. All age groups from teenagers to old people are likely to suffer from the disease, and there are slightly more men than women.

The term "hand tremor" is called tremor, and it is a typical symptom of Parkinson's in the eyes of the public.

It is true that many patients experience tremors of the hands, but this is not a necessary characteristic of all patients with Parkinson's disease.

Some patients have only stiffness in the limbs and no tremors, which are called non-tremor Parkinson's.

In fact, slowness of movement is the core symptom of Parkinson's disease.

Wan Xinhua, chief physician of the Department of Neurology, Peking Union Medical College Hospital, introduced that in addition to the clear limb stiffness and inactivity, Parkinson's disease may also have involuntary movement of the trunk and limbs or obvious abnormal posture during certain periods. dyskinesia or dystonia.

With the progression of the disease, in the advanced stage, patients will walk unsteadily, fall easily, and eventually cannot walk independently and need to rely on a wheelchair or bed.

FILE PHOTO: A neurosurgeon demonstrates the process of implanting a brain pacemaker in a patient with Parkinson's.

How to prevent and manage Parkinson's disease?

The onset of Parkinson's disease is multifactorial and is currently considered to be the result of a combination of genetics and environment.

Wang Han said that the onset of the patient is not unrelated to age.

Carrying certain genes can lead to a high risk of developing Parkinson's disease.

In addition, studies in recent years have also found some protective factors, such as physical exercise, caffeine, etc.

Exercises such as Tai Chi, yoga, and tango have also been shown to delay the progression of Parkinson's disease.

Therefore, a healthy lifestyle and physical activity remain the general health laws, and Parkinson's disease is no exception.

Parkinson's disease is a chronic, non-fatal disease. Most patients have a disease course of more than ten years and require lifelong treatment.

Doctors said that there is no complete cure yet, but there are many options for symptomatic treatment, including drugs, surgery, functional rehabilitation, psychology, nutrition, etc.