On the first day of Xi Jinping's inspection tour to Hainan, he focused on these two major national events

On April 10, General Secretary Xi Jinping came to Sanya, Hainan to start the third domestic inspection this year. Since the 18th National Congress of the Communist Party of China, the general secretary has visited Hainan three times. This time in Sanya, Xi Jinping focused on two scientific research units and paid attention to two important events of strategic significance. Going to Sanya again: 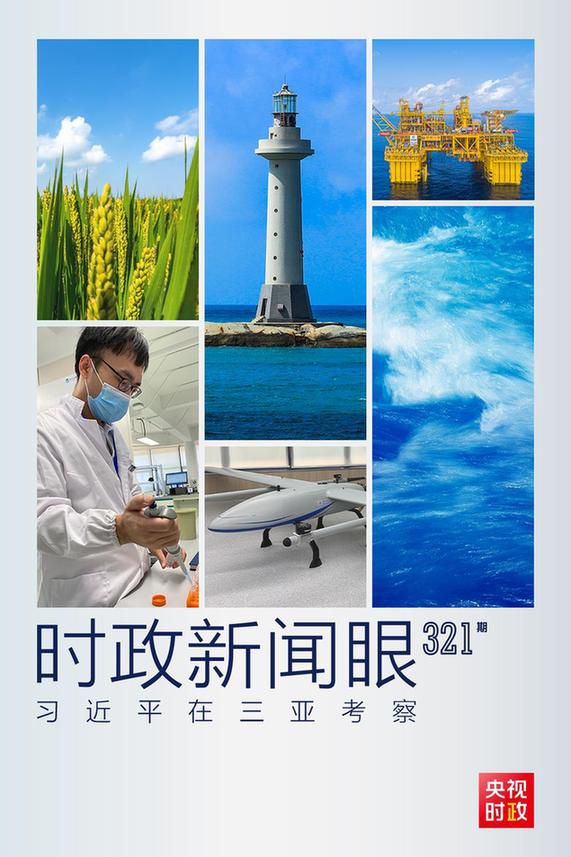 Since the 18th National Congress of the Communist Party of China, the general secretary has visited Hainan three times.

Going to Sanya again: I have seen it for a long time and want to see it again

In April 2010, Xi Jinping, then vice-president of the state, visited the Nanshan Cultural Tourism Zone in Sanya.

Since the 18th National Congress of the Communist Party of China, General Secretary Xi Jinping has visited Sanya three times in 2013, 2018 and this year.

The phrase "well-off is not well-off, the key is to look at fellow villagers", was said by the general secretary during his inspection at the Yalong Bay Land Rose Style Industrial Park in Sanya in 2013, and it has now been deeply rooted in the hearts of the people.

In Bohou Village, Jiyang District, Sanya, the villagers engraved on the stone at the entrance of the village that "the key to a well-off or not well-off is to look at fellow villagers".

This year's visit to Sanya, the general secretary came to Yazhou Bay Science and Technology City located in the west of Sanya City.

The two points he inspected that day belonged to the two space sectors of the Science and Technology City: Nanfan Technology and Deep Sea Technology.

Seed Lab: Breeding "Better Seeds" in the Ends of the World

On the afternoon of the 10th, General Secretary Xi Jinping first came to the Yazhou Bay Seed Laboratory to learn about Hainan's support for innovation in the seed industry.

The Yazhou Bay Seed Laboratory was established in May last year. It relies on and serves the National Nanfan Research and Breeding Base, and makes efforts in the fields of seed technology innovation and high-quality development of the seed industry.

At present, 20 academicians are starting the preparation work for the academician innovation team here.

Seeds such as wheat, soybean, and rice are displayed in the laboratory.

Hainan is the holy land of breeding in my country.

Every winter and spring, thousands of scientists and technicians from all over the country gather at the Nanfan Scientific Research Base to carry out breeding and seed production.

According to statistics, more than 20,000 new varieties of major crops have been propagated and bred in the south, accounting for more than 70% of the new varieties bred nationwide.

Yang Weicai, director of the Yazhou Bay Seed Laboratory, told "Current Affairs News Eye" that an important task after the establishment of the laboratory is to research and develop soybean molecular design breeding chips and cultivate new high-yield and high-quality soybean varieties.

In November 2021, Yang Weicai was elected as an academician of the Chinese Academy of Sciences.

The last time I came to Sanya, the general secretary paid special attention to the issue of seeds.

On the afternoon of April 12, 2018, the general secretary braved the high temperature of more than 30 degrees Celsius to visit the National Nanfan Scientific Research and Breeding Base.

He pointed out that this base must be built into a "Southern Silicon Valley" serving the whole country.

Xi Jinping: "It is difficult to realize agricultural modernization without good seeds!"

How important is the little seed?

On December 28, 2020, General Secretary Xi Jinping said at the Central Rural Work Conference, "I have repeatedly thought about it and felt that there is one thing that must be made clear, that is, agricultural modernization, and seeds are the foundation." "This equipment, this equipment, this condition and that condition, no It is difficult to achieve agricultural modernization with improved seeds!"

Seed lab showing soybean samples before and after improvement.

In all things, eating is the biggest.

To solve the problem of eating, the fundamental way out is technology.

According to reports, good seeds can contribute 45% to 50% of the increase in grain yield.

Seed source security is also a matter of national security.

On September 11, 2020, the general secretary pointed out at a symposium of scientists that my country's economic and social development, people's livelihood improvement, and national defense construction are currently facing many practical problems that need to be solved.

The first example he gave was that in agriculture, "many seeds are heavily dependent on foreign countries."

The scientific research work site of the seed laboratory.

The Central Economic Work Conference at the end of 2020 listed "solving the problem of seeds and arable land" as a key task, emphasizing the need to carry out technical breakthroughs in "stuck neck" seed sources, and determined to fight a turnaround in the seed industry.

In July last year, the 20th meeting of the Central Committee for Comprehensively Deepening Reform reviewed and approved the Action Plan for Revitalizing the Seed Industry.

The general secretary emphasized at the meeting that it is necessary to "elevate the security of seed sources to a strategic height related to national security".

Tomatoes displayed in the laboratory.

During the inspection at the Yazhou Bay Seed Laboratory this time, the general secretary emphasized that seeds are the key to my country's food security.

Only by holding the Chinese seeds tightly with our own hands can we stabilize the Chinese rice bowl and achieve food security.

Seed sources must be independent and controllable, and seed industry technology must be self-reliant.

This is a strategically important event.

It is necessary to carry forward the spirit of Yuan Longping and the older generation of scientific and technological workers, sharpen a sword in ten years, and work hard for a long time to do a good job of this major event.

Sanya Institute of Oceanography: Marching into the ocean

On the afternoon of the 10th, General Secretary Xi Jinping also came to the Sanya Institute of Oceanography, Ocean University of China to learn about the development of marine science and technology.

This is also a national event of strategic significance.

In May 2019, the Sanya Institute of Oceanography of Ocean University of China was officially established. There are more than 70 high-level talents such as academicians and Changjiang Scholars, and 408 graduate students.

Professor Zhao Wei was awarded the title of "The Most Beautiful Scientific and Technological Worker" in Hainan Province in 2021.

The last time I came to Sanya, the general secretary also paid special attention to marine science and technology issues.

On the same day, the general secretary said in an exchange with Hu Zhen, the chief designer of the "Deep Sea Warrior" manned submersible, and the team of navigators, that my country is a big ocean country with a very vast sea area.

We must march to the ocean and accelerate the construction of a maritime power.

The "Dongfanghong 3" ship model displayed by the Sanya Institute of Oceanography.

The themes of General Secretary Xi Jinping's two recent trips to Sanya for research have always revolved around "seeds" and "oceans".

This is inseparable from Hainan's geographical advantages and resource advantages.

Hainan is not only the "Silicon Valley of Seed Industry" and "Breeding Paradise", but also governs two-thirds of my country's ocean area.

On April 13, 2018, the general secretary pointed out at the celebration of the 30th anniversary of the establishment of Hainan Province and the establishment of special economic zones that Hainan should strengthen the construction of the National Nanfan Scientific Research and Breeding Base (Hainan), and support Hainan in building a global transfer base for the introduction of animal and plant germplasm resources. Support Hainan in building the South Center of the National Deep Sea Base, etc.

"High VC Lettuce" on display at the Seed Lab.

The "seeds" and "oceans" that the General Secretary paid attention to in Hainan are not only key topics in scientific research and innovation, but also strategic propositions related to China's development.

Stabilizing the fundamentals of agriculture and maintaining the foundation of "agriculture, rural areas and farmers" is the "ballast stone" for contingency situations and new ones. Solving the problem of seeds and ensuring the safety of seed sources plays a key role in this.

The deep sea contains treasures that are far from being recognized and developed on the earth, but to obtain these treasures, it is necessary to master key technologies in deep-sea entry, deep-sea exploration, and deep-sea development.

A drone model displayed by the Sanya Institute of Oceanography.

On May 28 last year, the General Secretary emphasized at the Academician Conference of the Chinese Academy of Sciences and the Chinese Academy of Sciences and the 10th National Congress of the China Association for Science and Technology that it is necessary to target the frontier areas in the basic core areas that are related to the overall development and national security. , Reserve technology research and development projects, aiming at the commanding heights of future technology and industrial development.

Among the nine frontier areas listed by the General Secretary, biological breeding and deep seas are included.

From a seed to the boundless ocean, the two things that the General Secretary paid attention to in Sanya are important events of strategic significance.