Jada Pinkett, on her husband Will Smith: "I never wanted to marry him"

Will Smith's slap in the face of Chris Rock in the middle of the Oscars gala has gone from being his sentence to becoming, moreover, the key that has opened Pandora's box in which... 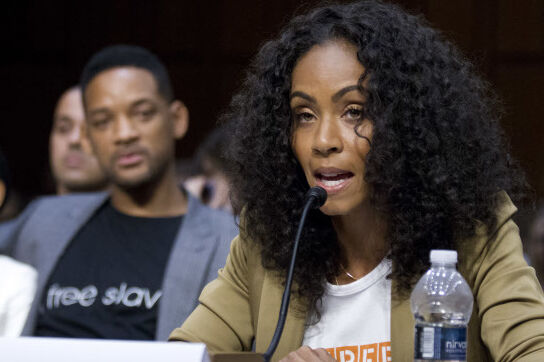 Chris Rock in the middle of the Oscars gala has gone from being his condemnation to becoming, moreover, the key that

in which criticism and negative comments about the actor have been accumulating for years, who, in the recent weeks, have been recovered to be

examined with a magnifying glass.

This is what has happened with the video in which

the actor's wife and co-star of the ceremony scandal, reveals that

she was forced to marry

the father of her children.

The space in question is

intimate details about their lives.

A kind of round table in which different members of the family participate and that, that time, had the presence of Will and his mother, who attended Jada's confession in astonishment.

She "was under a lot of pressure, she was a young actress, she was pregnant and didn't know what to do,

but she never wanted to get married."

At that time, Adrienne Banfield-Norris, Smith's mother, assured that "yes, I remember having a strong desire for you to get married and that

you were sick, you were not cooperative at all"

but wanted to make it clear that "I do not remember your rejection to the idea of ​​marriage.

For his part, the actor assured that

he had always dreamed of doing it,

"since I was five years old I imagined what my family would be like, there was not a day in my life that I did not want to be married and with a family."

A video that does not help the Oscar winner for

, who since he attacked Chris Rock 15 days ago, has lost respect and affection from the public and also from colleagues.