U.S. Department of Agriculture Secretary infected with new crown Half of South Korean children 9 and under contract new crown

(Fighting against New Coronary Pneumonia) USDA Secretary Infects New Crown Half of South Korean Children Age 9 and Under Infects New Corona   China News Agency, Beijing, April 10. Comprehensive news: According to statistics from Johns Hopkins University, as of 9:42 on the 10th Beijing time, there have been 498,154,313 new coronavirus infections and 6,176,068 deaths worldwide. On April 8, local t 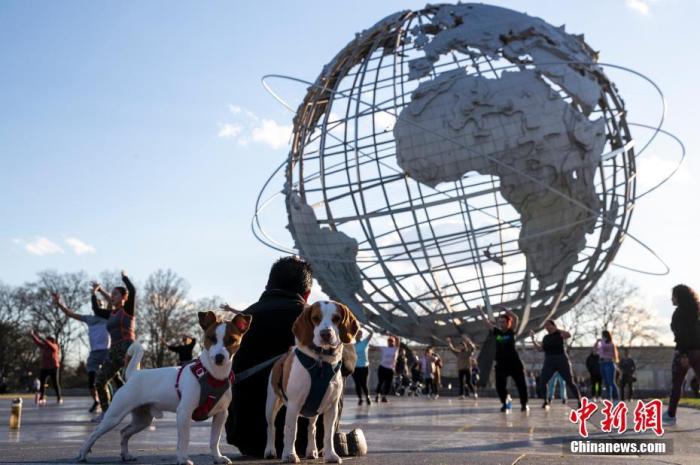 China News Agency, Beijing, April 10. Comprehensive news: According to statistics from Johns Hopkins University, as of 9:42 on the 10th Beijing time, there have been 498,154,313 new coronavirus infections and 6,176,068 deaths worldwide.

On April 8, local time, cherry blossoms bloomed in Corona Park in New York, the United States, and citizens enjoyed the spring in the park.

U.S. Department of Agriculture Secretary Tom Vilsack said on his social media on the 9th that he tested positive for the new crown virus.

He said that he has been fully vaccinated against the new crown vaccine and booster, and his symptoms are currently mild.

In addition, he appealed through social media: those who have not yet been vaccinated and boosted, please don't wait any longer.

At present, 18.1 million people in Brazil have reached the maximum interval required for the second dose of the vaccine after the first dose, but they have not yet received the second dose on time.

On the 7th local time, the Brazilian Ministry of Health confirmed the first case of infection with the new coronavirus recombinant strain XE in the country.

Experts recommend that the public receive a booster shot in a timely manner on the basis of completing two doses of the new crown vaccine.

According to the Russian Satellite News Agency on the 10th, in the past 24 hours, there were 13,573 new cases of new coronavirus infection in Russia, and the cumulative number of infected cases reached 17,983,004.

Nationally, the number of new cases in Moscow and St. Petersburg regions is relatively high.

Ginzburg said that under the framework of post-registration trials of the nasal spray Covid-19 vaccine, a trial is planned to see whether the vaccine can prevent 100% of Covid-19.

On the 9th local time, the latest statistics released by the Italian Ministry of Health showed that in the past 24 hours, there were 63,992 new confirmed cases nationwide, with a total of 15,238,128 confirmed cases; 112 new deaths and a total of 160,658 deaths.

Asia: Half of South Korean children aged 9 and under contract coronavirus

A medical worker guides people waiting to be tested for the new coronavirus at a makeshift testing site in Seoul, South Korea, on March 17, local time.

South Korea's Centers for Disease Control and Prevention confirmed on the 9th that half of the children aged 9 and under in the country were infected with the new crown virus.

According to data released by the Korea Agency for Disease Control and Prevention, a total of 1,887,337 children aged 9 and under in South Korea have been infected with the new coronavirus as of the 9th.

This equates to an average of nearly 50,190 infections per 100,000 children of this age group, the highest rate among all age groups.

As the Omicron strain raged, the South Korean epidemic deteriorated rapidly in February and March this year. In particular, the daily number of confirmed cases reported on March 17 exceeded 620,000, setting a record high since the outbreak.

The number of daily confirmed cases in South Korea has been on a slight downward trend in recent weeks.

The South Korean government concluded earlier this month that the outbreak of the new coronavirus variant Omicron has peaked and is gradually stabilizing.

The Ministry of Hajj Affairs of Saudi Arabia announced on the 9th that it will increase the number of Hajj pilgrims to Mecca this year to 1 million, which includes pilgrims inside and outside Saudi Arabia.

Hajj pilgrims should be under the age of 65 and have been fully vaccinated against the new crown vaccine approved by Saudi Arabia; pilgrims outside Saudi Arabia also need to submit a negative nucleic acid test certificate.

The Ministry of Hajj Affairs stressed that all pilgrims must abide by relevant epidemic prevention regulations.

In 2021, in order to strengthen the prevention and control of the new crown epidemic, the Saudi government limited the number of pilgrims who participated in the Hajj to Mecca to 60,000 citizens and foreign residents in Saudi Arabia.