Advantage Charles Leclerc: for his announced duel with reigning world champion Max Verstappen, the Ferrari driver took the lead on Saturday, snatching the pole position of the Grand Prix from the Dutchman… 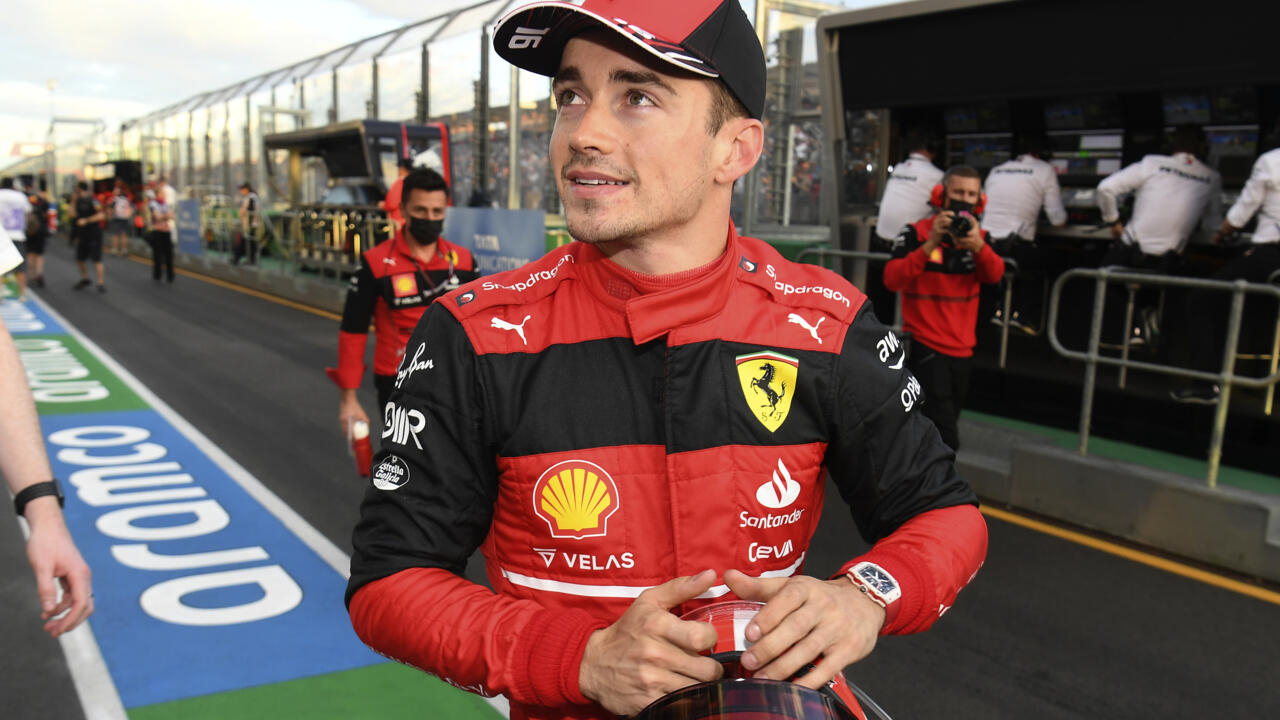 Despite the blinding sun that many drivers complained about on the Albert Park circuit in Melbourne, the Monegasque managed to tame, in addition to the Red Bull of Verstappen, that of the Mexican Sergio Pérez, third in these qualifications.

"I felt good! Especially since it's a circuit where I've always had trouble in the past (...) The car is fun to drive, everything is possible tomorrow. We need a good start", commented Leclerc after his second pole of the season.

During the inaugural GP in Bahrain in mid-March, it was already Leclerc who had taken pole, before winning the race the next day against Verstappen, forced to retire due to a breakdown a few laps from the end.

But the Dutchman responded two weeks later in Saudi Arabia, picking up his first victory of the season despite a modest 4th place in qualifying.

Monegasque driver Charles Leclerc driving his Ferrari during the 3rd qualifying session of the Australian F1 GP on April 9, 2029 at the Albert Park circuit in Melbourne Paul Crock AFP

Leclerc (45 pts) is currently twelve points ahead of his teammate Spaniard Carlos Sainz Jr (33) – who will start 9th on Sunday – and 20 over Verstappen (25).

Fernando Alonso, in good shape during free practice and a candidate for pole position, lost control of his Alpine during the last part of qualifying due to a sudden loss of its hydraulic systems.

He will start Sunday from 10th place.

After a difficult start to the season for McLaren, the British team seems to be getting back on its feet: event local Daniel Ricciardo took 7th place, while Briton Lando Norris will start from fourth on the grid, next to of Perez.

On the side of Mercedes, defending champion of the constructors but in difficulty since the beginning of the season, for several reasons (aerodynamics, engine), Lewis Hamilton will start in third row (5th), just next to his teammate George Russell ( 6th).

Behind them, the French Esteban Ocon (Alpine) and Pierre Gasly (AlphaTauri) will start respectively from 8th and 11th places.

Vettel on the wire

The Thai Alexander Albon (Williams), author of the 16th fastest time but found responsible for a collision with the Canadian Lance Stroll (Aston Martin) during the last GP in Saudi Arabia, was penalized three places and will therefore start from the back of the grid .

This penalty does the (modest) business of Sebastian Vettel, who returned to competition having missed the first two rounds because of the Covid.

The German moves up from 18th to 17th place.

His Aston Martin damaged after going off the track during the last free practice session, the German almost did not participate in qualifying.

He was able to ride two minutes because his teammate Stroll and the other Canadian Nicholas Latifi (Williams) hung on two minutes from the end of the first part (Q1).

The neutralization of the race for about ten minutes allowed the quadruple world champion to take his single-seater out of the Aston Martin stand, at the last minute, to set a symbolic time during the express resumption of Q1.