"Dangerous experiment": how Germany could turn away from Russian coal

Germany intends to stop importing Russian coal within 120 days, said German Chancellor Olaf Scholz. According to him, Germany and its enterprises “need a little time” to find suppliers. Earlier, the head of the German Ministry of Economy, Robert Habeck, said that Berlin's immediate refusal to import Russian coal would become a serious problem for Germany. He also acknowledged that due to high energy prices, the country is waiting for a "period of new poverty." According to experts, Germany's plans to abandon the import of Russian coal in 120 days is a "dangerous experiment" that Berlin decided to put on its own population and industry. 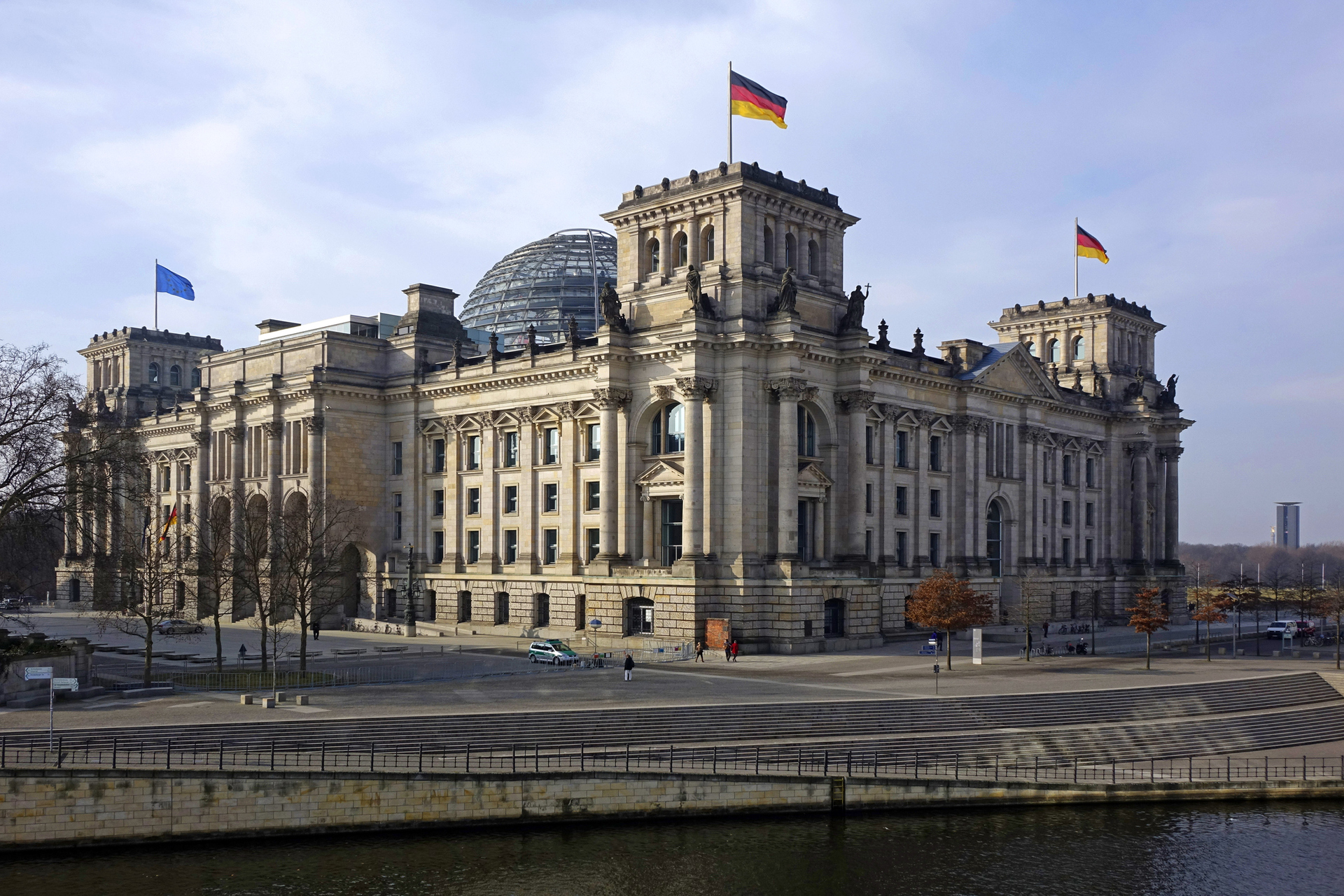 “We need some time, businesses also need it,” Scholz said, speaking of the need to quickly find new coal suppliers.

As the German Chancellor explained, a transitional period of 120 days before the introduction of a final embargo on Russian coal is provided for by the fifth EU sanctions package against Russia.

At the same time, according to the politician, if the refusal to import coal from Russia passes faster, it will be good.

On April 8, the press service of the Council of Europe announced new restrictions against Russia.

The document notes that the current measures are designed to "increase pressure on the Russian government and economy."

The fifth sanctions package provides for a ban on the import of coal and other solid fossil fuels into the EU from Russia from August 2022.

As the head of the German Ministry of Economy Robert Habeck noted earlier on the air of the ARD TV channel, Germany "does not prevent such an embargo" because it is ready for it.

At the same time, he admitted that Berlin's immediate rejection of Russian coal would be a serious problem for the FRG.

In addition, Habek acknowledged that already now, due to high energy prices, Germany is experiencing a “period of new poverty”.

“Energy prices are so high that some people are already forced to shrink,” the minister added.

Earlier, German Finance Minister Christian Lindner also said that Germany cannot stop the decline in the welfare of its citizens due to the fact that Berlin has to “pay more for energy imports”.

But they should hit the Putin regime, not undermine the stability of Germany.

If it were possible to decide only with the heart, I would know what to do.

But the consequences of the (energy.

) embargo for our country will be tragic.

At the same time, we are not even talking about money, but about the physical availability of energy, ”he said on April 3 in an interview with Bild.

Recall that at the EU summit on March 10-11, the leaders of the EU countries decided as soon as possible to gradually get rid of the dependence of the Union countries on Russian energy imports.

This was stated in a press release from the European Commission (EC).

The document noted that the EU states called on the EC to submit a plan by the end of March in order to "ensure reliable supplies and affordable energy prices."

On March 23, the press service of the European Commission announced the idea of ​​​​creating a joint negotiating group led by the EC, which, according to Brussels, can "prepare the ground for a future energy partnership" with key suppliers.

At the same time, Brussels acknowledged that, given the “diversity of situations” that are observed in member states in terms of their energy and market structures, as well as the degree of interconnectedness, “there is no one simple way to cope with the problem of high electricity prices.”

Later, the German Chancellor said on the air of the ARD TV channel that the European Union would face problems if an embargo was imposed on Russian energy carriers.

According to Olaf Scholz, this will cause a large-scale economic crisis throughout the EU.

In addition, he noted that a sharp rejection of energy resources from the Russian Federation will negatively affect the labor market and the industrial sector.

At the same time, Scholz recalled that not only Germany, but also many countries of Eastern Europe depend on Russian imports.

“Many of those who publicly talk about what needs to be done (impose an embargo.

), despite this, they themselves continue to buy gas, oil and coal from Russia and have not yet made a decision on the embargo themselves,” he emphasized.

"They will pay a lot"

According to the deputy director of the Institute of National Energy Alexander Frolov, Germany's plans to abandon the import of Russian coal in 120 days is a "dangerous experiment" that Berlin decided to put on its own population and industry.

“Coal is not only an energy source, but also a raw material necessary for metallurgy, and is used in a number of other industries.

Refusal of its deliveries from the Russian Federation cannot be painless for Germany.

Russia is the largest coal supplier to Germany, providing about half of Germany's total coal imports.

It will be extremely difficult to replace Russian supplies, and in 120 days it is almost unrealistic, since coal from other suppliers has already been contracted in most cases, ”Frolov said in a comment to RT.

The expert called "absurd" the situation in which the EU and Germany impose an embargo on Russian coal, having not yet found alternative suppliers.

“The European Union and Germany are introducing these restrictions without having agreed with other suppliers.

And this is a big mistake.

I don't see any signs that the German government and the Brussels leadership really took into account all the consequences of such sanctions.

They endanger their economy, not understanding how they will fend off the created risks, ”the analyst said.

Frolov also explained why the German leadership and Brussels are talking about a period of exactly 120 days for refusing to import Russian coal.

“This period should end in August.

It is in summer that circumstances can arise that can greatly affect the level of demand for coal.

The strength of the wind during this period may decrease significantly, the wind turbines will no longer be able to cope, and the FRG will need to buy coal in large quantities.

But this is an extremely unrealistic scenario, ”the expert believes.

Europe is "captured by its fantasies," Frolov said.

According to him, the EU and Germany mistakenly believe that the European market for other suppliers is now extremely attractive.

“In reality, this is far from the case.

The market of the EU countries is inferior to the Asian market, where coal prices are higher.

Brussels and Berlin naively believe that after the imposition of an embargo on Russian coal, other suppliers of raw materials will immediately resort to them.

But this does not happen, ”the expert noted.

At the same time, Russia can easily redirect its coal supplies to the east, Frolov believes.

“The Russian Federation is expanding the Baikal-Amur Mainline and the Trans-Siberian Railway in order to increase the volume of coal supplies in the eastern direction.

In fact, this will lead to the fact that most of the coal exports, previously destined for Germany and Europe as a whole, can be transferred to the east, ”the analyst said.

Igor Yushkov, an expert at the Financial University under the Government of Russia and a leading analyst at the National Energy Security Fund, also believes that the refusal of Berlin and the EU to import Russian coal will negatively affect the economic situation in Germany and Europe as a whole.

“All this will lead to an increase in the cost of coal in the EU.

The transition period is fraught with delays and disruptions, so that there will be a shortage of coal, the price of which will increase.

Against this background, prices for energy for German and European consumers, as well as for the industrial sector, will also rise.

With such expensive energy resources, many industries will become economically unprofitable, ”Yushkov explained in a comment to RT.

According to him, politics and anti-Russian slogans are becoming more important for Berlin and Brussels than the well-being of their own citizens.

“Now in Europe and Germany, no one thinks about economic expediency, about their population: all actions are determined by political motives, and anti-Russian ones at that.

After the embargo on coal from the Russian Federation, the EU countries, especially Germany, will greatly overpay for this energy resource.

Many enterprises in Germany and Europe have already been stopped due to the energy crisis, and this process of destruction of the European economy will only continue,” Yushkov concluded.