The no-sayers who oppose the exclusion of Russia

On Thursday, Russia was voted out of the UN Human Rights Council. But 24, of the 193 countries in the General Assembly, voted against the resolution to exclude Russia. - Russia has tactically for many years tried to build influence and relations with these countries through, for example, arms trade or by supporting the countries' regimes in various conflicts. And here we see that it has had a certain result, says Hugo von Essen, analyst at the Foreign Policy Institute. 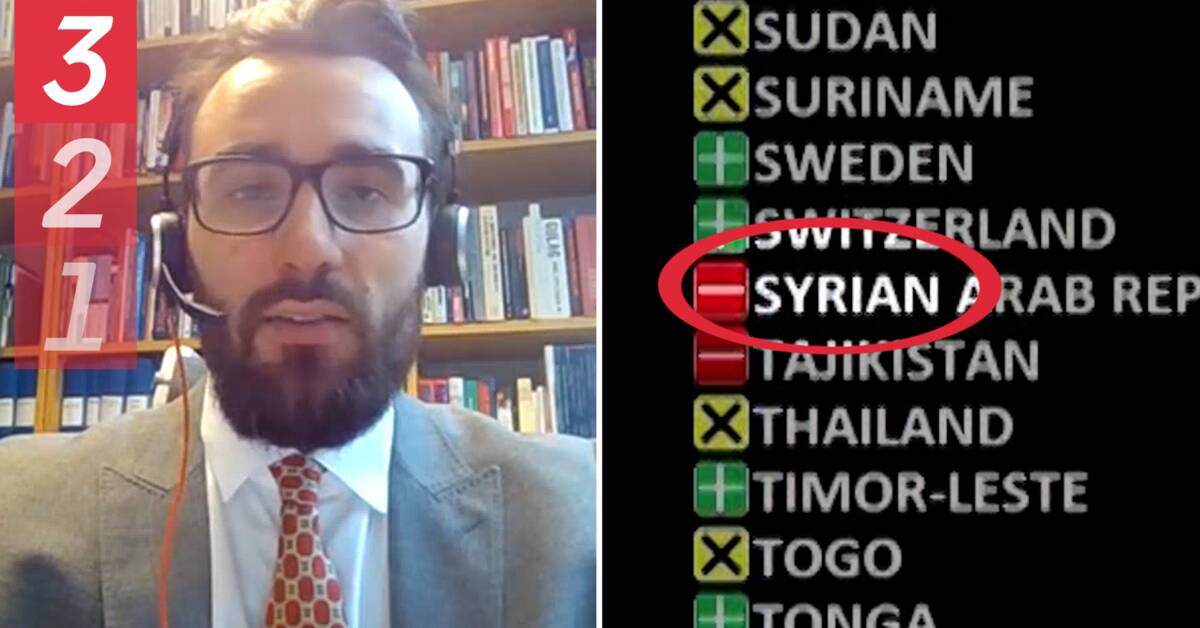 Of the 20 or so countries that voted against the proposal, there were countries such as Syria, Iran and North Korea.

But also a number of Central Asian countries that were previously part of the Soviet Union.

Also on the list were heavier countries such as China.

- The countries are important partners and have been for several decades.

And has developed an ever closer collaboration in a number of different areas, not least how to vote and act in international organizations, not least the UN, says Hugo von Essen, analyst at the Foreign Policy Institute.

All the countries that voted no basically have things in common, according to Hugo von Essen.

On the one hand, some, just like Russia, are opposed to the Western world and are themselves sanctioned, such as North Korea and Syria.

But almost all countries have important security policy ties to Russia.

- Russia has tactically for many years tried to build influence and relations with these countries through, for example, the arms trade or by supporting the countries' regimes in various conflicts.

And here we see that it has received a certain result from the Russian side, says Hugo von Essen.

Among the countries in the General Assembly, there were also some countries that voted unannounced given their relationship with Russia, according to Hugo von Essen.

Among other things, he points to Armenia and Saudi Arabia, which did not actively vote against.

- Armenia is a close ally of Russia.

It is part of Russia's equivalent to NATO, it has a large dependency on Russia and Russia has a large influence in Armenia.

But they did not show up for the vote, says Hugo von Essen.

Following the vote, Russia described the decision as illegal and strongly politically motivated.

- I actually think you can say that Russia cares.

I do not think you care what the western world thinks, says Hugo von Essen and continues:

- On the other hand, I think they care about their influence on the international playing field and in organizations like the UN.

You care about being involved and setting the agenda and rules of the game.

The decision to vote out Russia came after the images and testimonies spread from Ukraine where Russia is accused of serious crimes against the civilian population.

Among other things, the pictures that spread from the city of Butja.

It is unusual for countries to be excluded from the Council.

In 2011, for example, the General Assembly voted to exclude Libya.

Hear more in the clip above when Hugo von Essen explains why three heavy deniers did not want to exclude Russia from the UN Human Rights Council.