Vladimir Putin's daughters live and work out of the limelight

Sources often claim that the Russian President, Vladimir Putin, has a group of children from women other than his ex-wife Lyudmila Putina, a former Aeroflot flight attendant, with whom he separated in 2013. wol 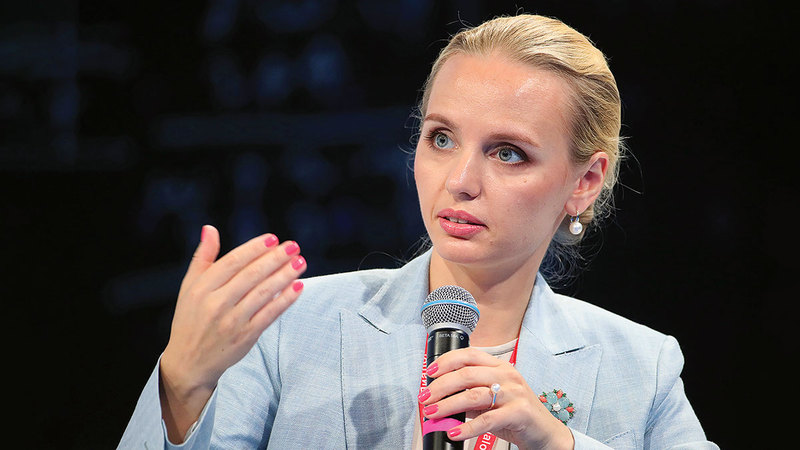 Rarely does he talk about them in public

Vladimir Putin's daughters live and work out of the limelight

Sources often claim that the Russian President, Vladimir Putin, has a group of children from women other than his ex-wife Lyudmila Putina, a former Aeroflot flight attendant, with whom he separated in 2013.

Putin officially has two daughters, Maria and Katerina, from Lyudmila, but he rarely talks about them publicly, but at his annual press conference in 2015, he answered a question about them, stressing that his two daughters did not flee the country, as some promote, and added, "They live in Russia, And they were never educated anywhere but Russia, I am proud of them;

They continue to study and work.” He continues, “My two daughters speak three European languages ​​fluently. I do not discuss my family affairs with anyone.”

"They were never young stars, and they never sought to highlight them, but they live their lives like everyone else," Putin said, adding that his two daughters are "taking the first steps in their careers" and that they "are not involved in business or politics."

However, his two daughters have since launched businesses.

The youngest daughter, Katerina Tikhonova, 35, was born in Dresden in 1986, while Putin was a spy in the KGB.

In addition to studying, Tikhonova has a passion for Japanese culture and acrobatic rock and roll.

In 2013, she and her dance partner placed fifth at the World Championships in this type of dance in Switzerland.

Tikhonova married Kirill Shamalov, the youngest son of Nikolai Shamalov, a confidant of Putin and co-owner of the Bank of Russia, which the US government has described as the "personal bank" of top Kremlin officials.

Kirill was appointed chief legal adviser to Gazprom for foreign economic activity in 2002, when he was only 20 years old.

The two married in a secret ceremony that lasted three days at the Igora ski resort in 2013, before pictures of the event leaked to the general public.

Less than two years after the wedding, Forbes named Shamalov one of Russia's youngest billionaires after acquiring a 17% stake in the Sibior petrochemical company of Gennady Timchenko, a Putin ally who was later hit by sanctions.

A 2015 investigation by Reuters estimated that the couple had joint property in excess of $2 billion, as well as a luxury beachfront villa worth four million pounds in the French resort of Biarritz.

Last month, the eight-bedroom villa of Alta Mira in the Atlantic resort was stormed by anti-Putin protesters, who posted a video on social media declaring that "this house was bought with the money that Putin and the Russian mafia stole."

They also declared, “Instead of a few Putin’s followers enjoying these luxury resorts, we decided to allocate this place to rehabilitate the victims of the Putin regime, especially refugees from Ukraine and Russia who were forced to flee from war, prisons of oppression and torture, the time is past when dictators and oligarchs can ruling to plunder their countries, and carelessly live in villas in Europe.”

Tikhonova worked in various positions at Moscow State University, before being appointed in 2020 as head of the university's new $1.7 billion Institute for Artificial Intelligence and Intellectual Systems Issues.

Putin previously described the Inopractica Center as "one of the most important tools in the national strategy for the development of artificial intelligence technology."

Maria Vorontsova, Putin's eldest daughter, is a pediatric endocrinologist, who studies the effects of hormones on the body.

In 2019, Vorontsova, who lives in a penthouse apartment across from the US embassy in Moscow, gave an interview on Russian state television in which she revealed plans for a £500m medical project aimed at helping treat cancer.

Vorontsova married Russian-born Dutch businessman Jorit Vassen in 2013, and the couple lived in a penthouse in an apartment building in Amsterdam.

In 2014, some Dutch neighbors called for it to be expelled from the country after the Malaysian airliner was shot down by pro-Russian forces over Ukraine.

Speculation is rife in Russia that Putin has a third, more secretive daughter from a years-long affair with Svetlana Krivonokhykh, a Russian woman who lived in Saint Petersburg and worked as a cleaner.

Some sources revealed that 46-year-old Krivonojikh became the owner of an apartment in Monaco just weeks after the birth of her daughter Luzia.

The Kremlin has rejected suggestions that Luzia is the president's daughter.

• Tikhonova worked in various positions at Moscow State University, before being appointed in 2020 as head of the new $1.7 billion Institute for "Artificial Intelligence Issues and Intellectual Systems" at the university.

• Vorontsova married a Dutch-Russian businessman, Jorit Vassen, in 2013, and the couple lived in a penthouse in an apartment building in Amsterdam.