Returned to the White House .. Obama steals the spotlight from Biden

Former US President Barack Obama returned to the White House at the invitation of US President Joe Biden to celebrate the twelfth anniversary of the launch of the Affordable Care Act, known as “Obamacare”. 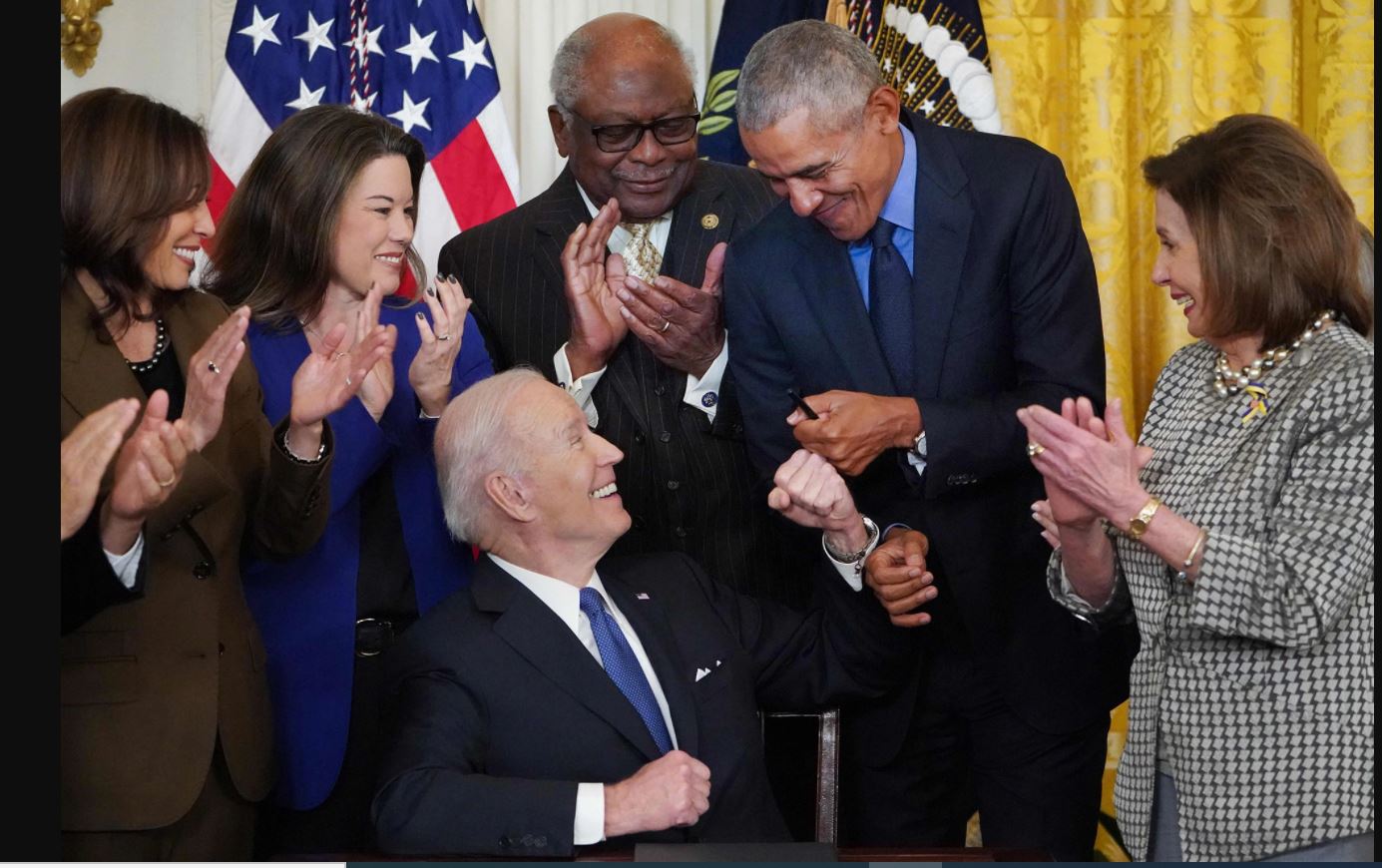 Returned to the White House .. Obama steals the spotlight from Biden

Former US President Barack Obama returned to the White House at the invitation of US President Joe Biden to celebrate the twelfth anniversary of the launch of the Affordable Care Act, known as Obamacare.

However, his arrival was a curse on Biden, who seemed to be lost after the attendees ignored him to rally around Obama on his first visit since leaving office in 2016. Cameras spotted Biden raising his hands in confusion after being ignored by a group of attendees rushing to greet Obama.

Before people shook off Biden and rallied around his charismatic predecessor, the two men were joking and reminiscing about the good times they had together during the Obama administration, hugging, joking and laughing.

Obama began his speech in joking terms, telling the audience that he had joined "Vice President Biden" in reference to what the situation was like in his administration, and added, "However, some changes have been made" in the five years since he left — including all the Secret Service agents who "They were forced to change their uniforms" and that there was a "cat running around" the White House.

He had to put on a tie for the day.

Obama addressed his host, Biden, to laughter and applause, saying, "Thank you, Vice President, that was a joke."

In another clip, Biden is seen standing behind Obama and Vice President Kamala Harris shaking hands with the audience, while standing without anyone paying any attention to him.

After his speech, Obama shook hands with fans and fellow politicians in the East Room while Biden hovered in confusion.

Obama's capture of all the crowd's attention is not surprising given that the former president remains hugely popular within his party.

He also appears to be significantly more energetic than the 79-year-old Biden, who will inevitably walk out of the White House after the midterm elections, with many polls showing Biden's approval ratings languishing as low as 39%.

The occasion drew a backlash on social media, with some commenting that the president had been outdone by his former boss and that he was not respected in the White House.

Another tweeted: "I'm pissed when I see that," while another tweeted: "The guy who allegedly got 80 million votes... can't find a single friend in a crowded room," according to the Daily Mail.

One person commented that people were supposed to come to Joe out of respect for the man but he looked sad and lost in the crowd. that ''.

Another tweeted, "I think we really know who's running the White House, but it's not Joe."