The war in Ukraine .. What is the difference between genocide, crimes against humanity and war crimes?

Ukrainian President Volodymyr Zelensky accused - during his visit to Bucha - Moscow of committing "genocide" and "war crimes" in his country, so what is the difference between these two concepts and the concept of "crime against humanity"? 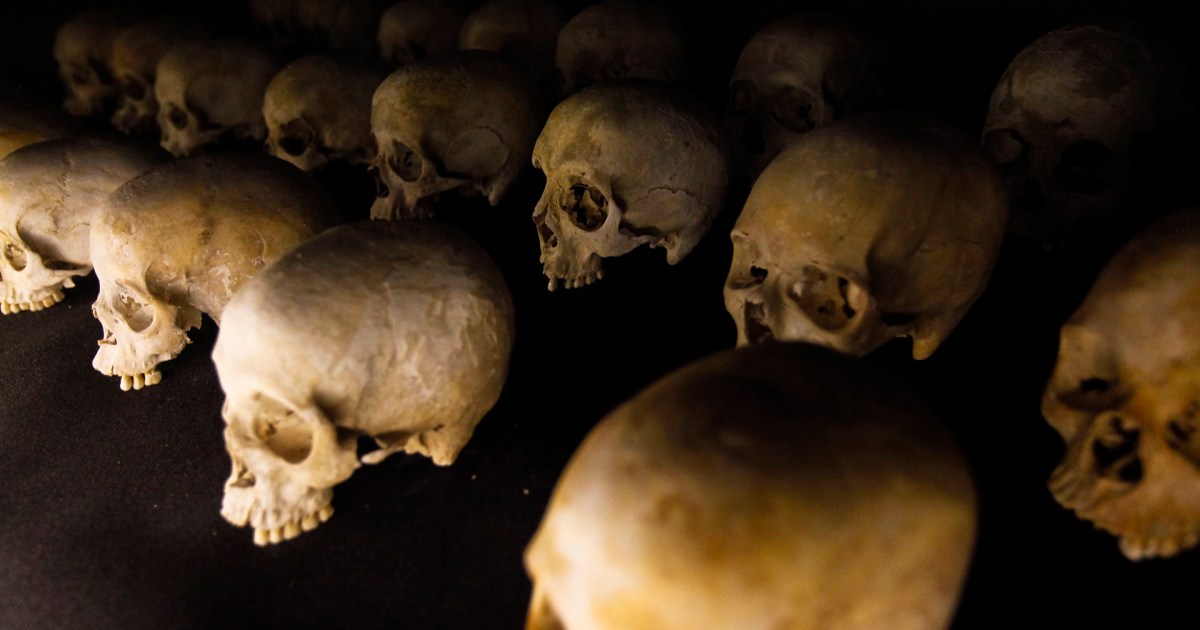 During his visit to Bucha, Ukrainian President Volodymyr Zelensky accused Moscow of committing "genocide" and "war crimes" in his country. What is the difference between these two concepts and the concept of "crime against humanity"?

President Zelensky's visit to this stricken city comes the day after hundreds of civilian bodies were found after the Russian forces left it.

The French newspaper "Liberation" says that the definition and framing of these concepts are very precisely explained by international law, as follows:

Genocide... An intent that is hard to define

The term "genocide" was recognized by the United Nations General Assembly in 1946 as a crime under international law, says the Office for Genocide Prevention and the Responsibility to Protect, a UN body, and the term was included in the 1948 Convention on the Prevention and Punishment of the Crime of Genocide, which ratified It has 149 countries.

The newspaper report prepared by Leo Doren said that the International Court of Justice considers that all states, whether they are signatories or not, are legally bound by this provision, noting that "genocide" can occur in times of peace as well as in times of war, but its description must include A “psychological component,” meaning that there must be demonstrated that there is an objective to “destroy all or part of a national, ethnic, racial or religious group,” which is a difficult intent to define.

And if this psychological element is proven - as the newspaper says - there are many physical elements that can justify describing genocide, including premeditated killing, deliberately subjecting the group to living conditions aimed at its physical destruction in whole or in part, preventing births and forcibly transferring children from one group to another. other.

The term was used for the first time by the Polish lawyer Raphael Lemkin in 1946, during the era of the Axis Powers in occupied Europe, and is composed of two words "genos", which means "race" or "tribe", and the suffix "cide" Which refers to the idea of ​​murder.

The act can only be described as a "crime against humanity" - as the UN states - by a "widespread or systematic attack on any civilian population", and the perpetrator must have knowledge of the attack.

In order to distinguish it, the act must include a contextual element in addition to a psychological one, and among the particularly criminalized acts are extermination, deportation, torture, sexual slavery or any other form of sexual violence of such gravity, and enforced disappearance.

War crime..legal history dating back to the 19th century

The Hague Convention of 1899 prohibits certain acts of war, and the Geneva Conventions of 1864 and 1949 protect civilians, the latter text of which has been ratified by all UN member states, an unprecedented level of acceptance of the international humanitarian law treaty.

Thus, "war crime" is a much broader concept than "genocide" and "crime against humanity", and includes in particular willful killing, torture, appropriation of property, deportation, hostage-taking and deliberate attacks against the civilian population, and can also apply to the use of prohibited weapons. under the agreements.

A war crime has a contextual component of armed conflict, and a psychological component that requires the perpetrator to be aware of the violation of the rules, but unlike "genocide" and "crime against humanity" does not concern civilians, but can be committed against combatants.