The combination of reverence with grief.. Al-Minshawi is the weeping reader who shook hearts with the Qur’an

As the connection with the Holy Qur'an increases during Ramadan, Muslims remember the many reciters whose hearts were united before the call to prayer. Among the most prominent of them is the late Sheikh Muhammad Siddiq Al-Minshawi, who was known as the Weeping Reader. 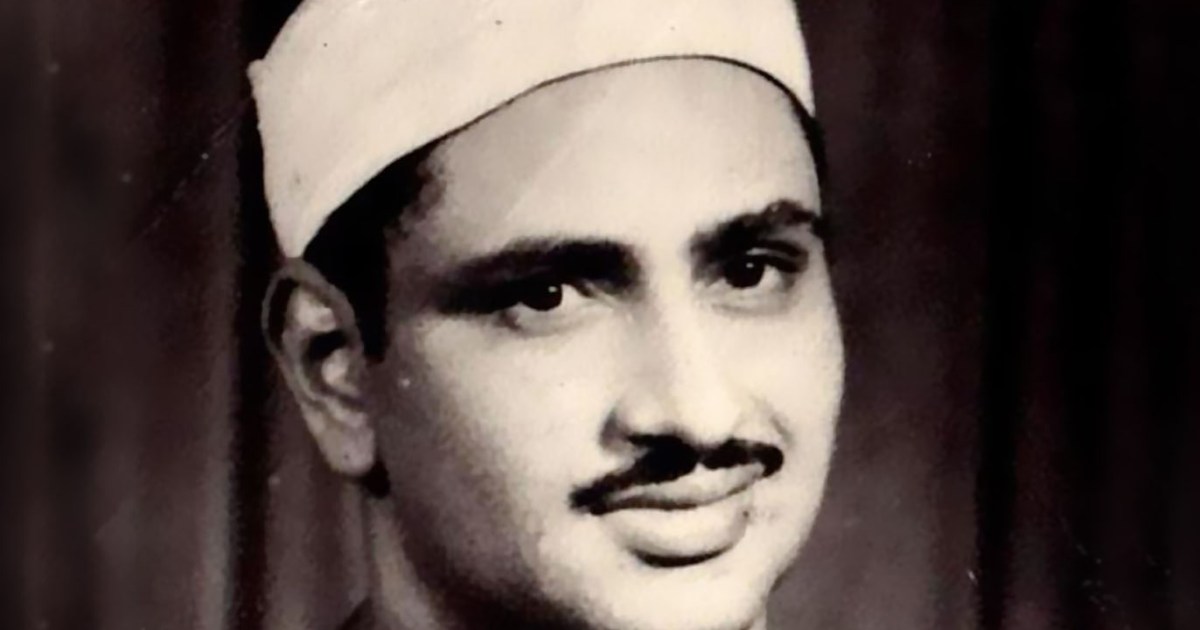 With the increasing connection of Muslims to the Holy Qur’an during the holy month of Ramadan, Muslims in the east and west of the earth remember many of the most prominent reciters of the Holy Qur’an, whose hearts were united before the call to prayer.

Without controversy, the most prominent of them is the late Sheikh Muhammad Siddiq Al-Minshawi, whose birthday coincided with his centenary last year.

According to what Muhammad Thabet wrote for Al-Jazeera Net on the centenary of the late Sheikh’s birth, the Sheikh lived a relatively short life compared to his enormous influence, as he was born in the village of Al-Bawarik in the city of Al-Mansha’ in Sohag Governorate (south of Cairo) on January 20 (with a difference about a year He was born between 1919 and 1920), and he passed away on June 20, 1969, about fifty years and several months, after he left recordings, which specialists said was better than the Qur’an in terms of letters, layers and sound quality.

Just as the Sheikh left readings worthy of the majesty of the Noble Qur’an, he also kept positions worthy of the dignity of Hafez, the Book of God, and perhaps the most prominent of them is his refusal to meet the late Egyptian President Gamal Abdel Nasser at first, despite the latter’s reputation for dealing harshly with those who reject his orders, and perhaps the latter’s homage to the Book of God is What prevented him from exposure to the sheikh.

The dispute with Abdel Nasser

One of the ministers of Abdel Nasser’s government went to Al-Minshawi at the height of the spread of the latter’s readings of the Holy Qur’an, and also in the spirit of the late president’s state, the minister said to the sheikh, “You will have the great honor of attending a party attended by President Abdel Nasser.” The honor for Abdel Nasser himself to listen to the Qur’an in the voice of Muhammad Siddiq Al-Minshawi?”

When Al-Minshawi was asked about the reason for his refusal to recite in front of Nasser, he said, “Abdul Nasser made a mistake when he sent his worst messenger to me.” The sheikh refrained from mentioning the name of Nasser’s representative to him.

Al-Minshawi followed the path of his role model, Sheikh Muhammad Rifaat, who lived his life under the slogan “The Qur’an reciter is not offended.” Therefore, Al-Minshawi refused to go to the Egyptian Radio building when he was invited to attend an exam for admission to it, saying, “I do not want to read on the radio, I do not need its fame and I do not accept that This exam will be given to me."

Since the Sheikh’s fame had spread throughout all of Egypt, the radio director sent a delegate to him to obtain the recording, as he was reading in his village during the month of Ramadan corresponding to the year 1953, and it was approved by the radio based on this recording, then he went to the radio later to complete it.

It is said that Abdel Nasser loved Al-Minshawi’s voice, and asked him to read at his father’s funeral in Alexandria, and after the end of the funeral, Abdel Nasser called the Sheikh to sleep in the next room, and in the morning he invited him to recite verses from the Holy Qur’an. Al-Minshawi, a recording that has traveled around the world and is being shared so far by young and old.

Al-Minshawi also recorded the Noble Qur’an in recitation as well, and he has a joint reading with the two Sheikhs Kamel Al-Bahtimi and Fouad Al-Arousi of the Qur’an with the narration of Al-Douri on the authority of Abi Amr, as well as hundreds of readings in parties and various occasions.

From Upper Egypt to Al Alamiah

, the father of Sheikh Muhammad Siddiq Al-Minshawi was one of the prominent reciters of the Holy Qur’an in Upper Egypt in particular, as was his brother Mahmoud.

Muhammad Siddiq Al-Minshawi completed the memorization of the Noble Qur’an at the age of eight at the hands of his father, then he traveled to Cairo to complete the sciences of the Noble Qur’an at the hands of the most prominent sheikhs of Al-Azhar Al-Sharif, Sheikh Muhammad Abu Al-Ela and Sheikh Muhammad Saud, and after that he traveled to Upper Egypt, where he was known for the beauty of the voice and the approximation of the meanings of the Qur’an in general. Egypt and beyond.

Al-Minshawi later read in most Arab and Islamic countries, where he read in Al-Aqsa Mosque in Al-Quds Al-Sharif, and in Kuwait, Libya, Algeria, Iraq, Saudi Arabia and Britain, and in Syria, which awarded him the Order of Merit, and Indonesia gave him one of its highest honors.

During his fame journey that roamed the horizons, the Sheikh fell ill in 1966 AD with “esophageal varices”, which did not prevent him from reading the Noble Qur’an, until God passed away on Friday 5 Rabi’ al-Thani 1389 AH, corresponding to June 20, 1969.

After his death, Egypt honored him in the Laylat al-Qadr celebrations by awarding him the Medal of Science and Arts of the first class, and he was chosen as the “first Quran reader” in the twentieth century in a number of countries.

that the late Sheikh Muhammad Metwally Al-Shaarawy was asked to express his opinion on the Sheikh’s voice, and he said, “Whoever wants to listen to the reverence of the Qur’an, let him listen to Al-Minshawi’s voice. He and his four companions (Mahmoud Khalil Al-Hosari, Mustafa Ismail, Abdul Basit Abdul Samad, and Mahmoud Ali Al-Banna) are riding a boat. They sail in the teeming seas of the Qur’an, and this boat will not stop sailing until it inherits from God and those on it.”

As for the late musician, Muhammad Abd al-Wahhab, he said about him, “In my estimation, it is possible to comment on any of the reciters except for Al-Minshawi, who represents an exceptional case in front of which the discerning connoisseur is puzzled. A shit that softens hearts and skins together.

Abdel-Wahhab continues his opinion on Al-Minshawi, saying, "This becomes evident at the conclusion of the recitation, so you see him gather all the creativity of recitation in the last two verses, so that you live with him the most intense moments of reverence at all! You only have to contemplate his transmission between speed and amazing spontaneity, as in Surat Al-Isra, And between calmness and lowering the voice, as in Surat Al-Alaq, when reciting (No, man is overwhelmed if he sees him sufficing, surely to your Lord is the return).