On the road to the Games: "Bowman answered me" in "fifteen minutes", says Léon Marchand

A young French swimming talent, Léon Marchand is having a promising first few months with the former mentor of Michael Phelps, Bob Bowman, whom he joined in the United States after the Tokyo Olympics. He… 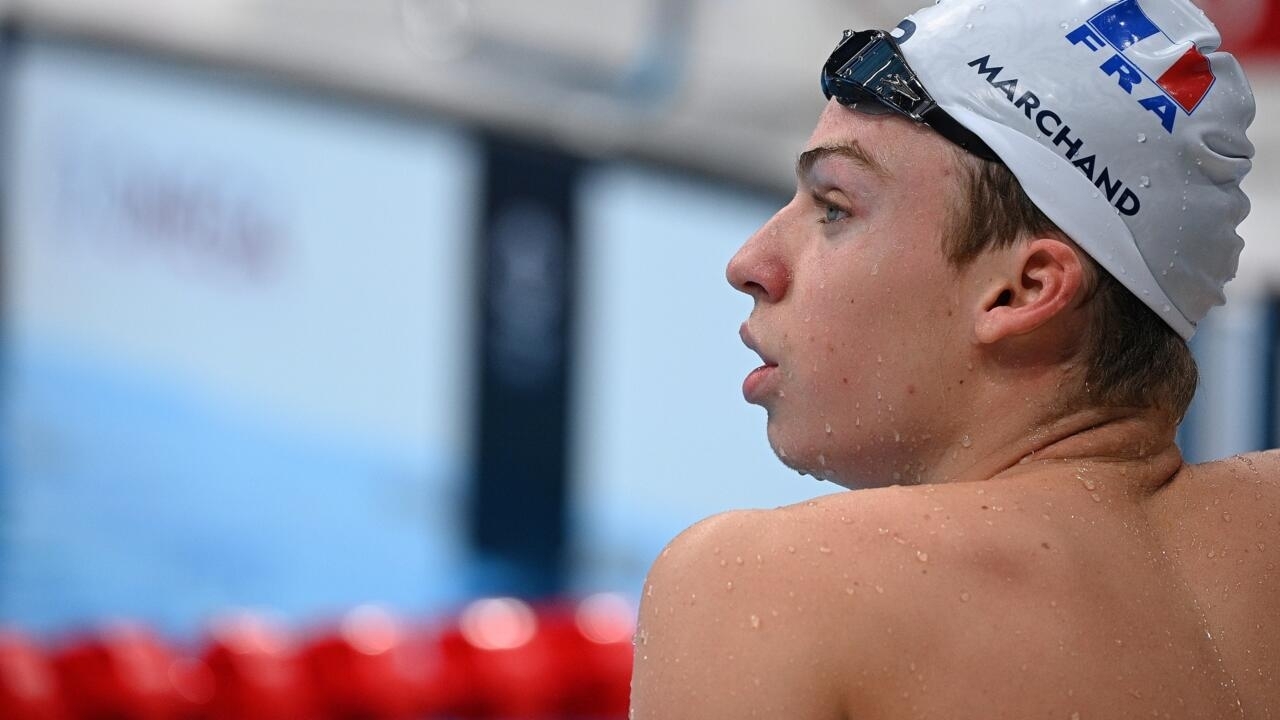 Until the Paris Games in 2024, the Toulousain, 20 years old in a month, tells his journey to AFP.

In this first episode, he looks back on his choice, stopped at the end of 2020, to opt for Arizona State University.

"What tipped the scales was the coach," explains the medley specialist who is not taking part in the French Championships this week in Limoges.

The desire to try the adventure abroad "came over the years. I realized that in France, it was quite complicated to study and play high-level sport. And then I I wanted to see something other than French culture. And above all to go to the best. It's a four-year project."

"I sent requests to several (American) universities. The biggest, Berkeley, Stanford: it was heavy! I received a lot of positive responses, so we continued to move forward with these universities. And at the end of a few weeks, two, three began to say to me: + In fact, we are not sure of having a scholarship + (...) Me, I wanted it to be simple, and we could not pay a American university. Suddenly, we had to change strategy. In one evening, we did our research, I sent other emails, to nice universities, which I liked, in California, where there were sun and an outdoor swimming pool... Including Arizona State, coached by Bob Bowman."

"Normally, it's the assistants who answer emails, and like fifteen minutes later, Bob answered me. I saw + Robert Bowman +, and I said + But that's him? + That was enough crazy. Especially since he said he was super interested, that he had watched my races, that he actually wanted me to come. It was a good evening!"

"It was really surprising. Really, the night I received it, I said to myself: + Ah yes anyway! In fact, I swam fast so that he could notice me +."

Training with Bowman, "it's a chance: he's a trainer who has a huge past, in whom I have enormous confidence. Obviously it's a plus. Let's say that I put all the chances on my side to to succeed."

"That evening, I sent lots of emails, but I also received a lot (...) I was hesitating a little between several universities, and what tipped the scales was the coach. And the atmosphere: they took less pride, it was cooler, more calm."

"I am not Phelps"

"At Arizona State, there are a lot of foreigners, we train more in the deep end. And Bowman is known for swimming a lot, like the TOEC (the Toulouse club) where I was from a very young age. I I could have chosen another university, more (oriented) on the sprint, with more muscu, a different job, but I prefer to stay on that, because, for the moment, I progress with that. - maybe later, if I start on shorter races, like the 100m +pap+ or the 50m, it will be different.

His take on Phelps?

"He's an alien. He has 28 Olympic medals, in all the races, it's crazy! He's a bit of an idol. And knowing that he worked with a trainer that I meet, it's is nice."

But "I don't want to be compared to Phelps all the time. I'm very, very far from him. And Bowman didn't just have Phelps, he had a lot of other monsters. Let's say I want to create my own path, I don't want to follow Phelps's."

When Marchand was still in Toulouse, Bowman sent him "sometimes series" that his illustrious pupil swam in his time.

"A really nice thing! It's like an inspiration. The goal is not necessarily to do like Phelps, because I'm not Phelps, but to see a little bit how he could achieve that. Frankly, now I understand: it had been weeks, it was crazy!"