Feijóo discards the pact if Sánchez does not lower personal income tax: "It is suicide to tell families to pay 10% more"

Alberto Núñez Feijóo does not exude optimism in the face of the meeting that he is going to hold on Thursday at 11 in La Moncloa with the president, Pedro Sánchez. He does not rule out reaching... 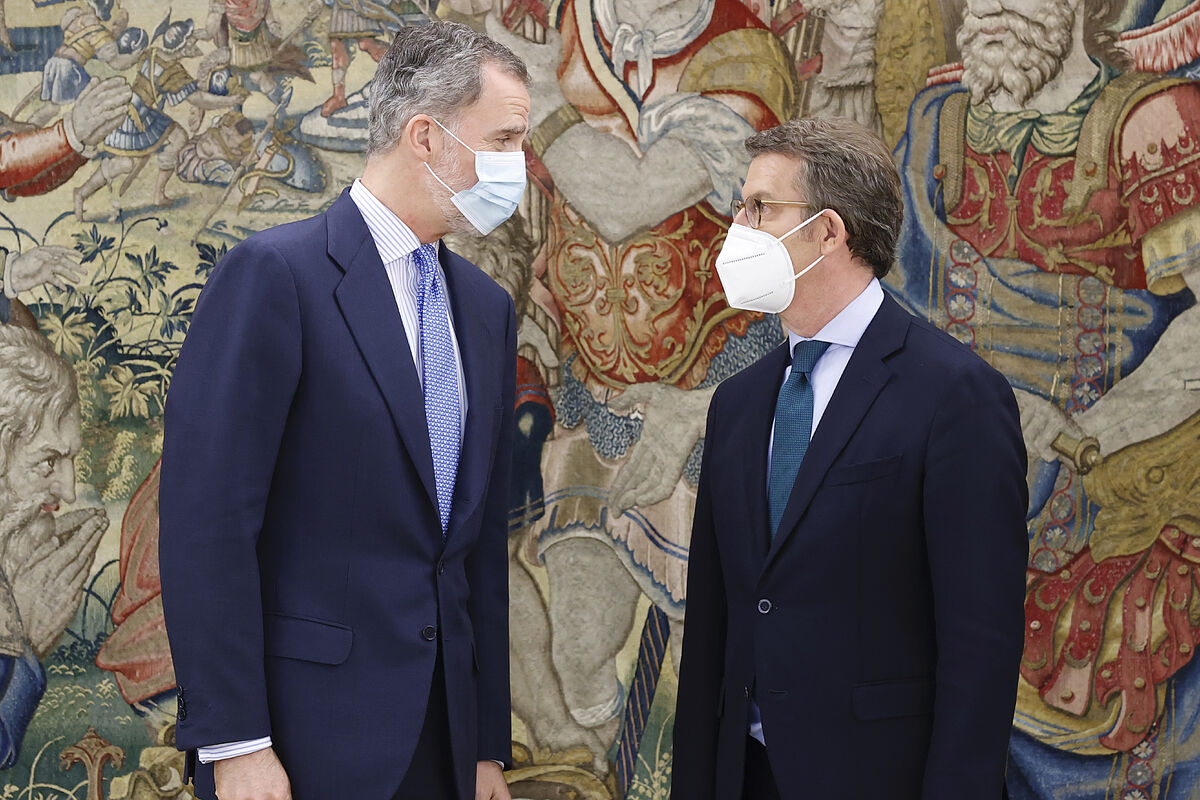 with the president, Pedro Sánchez.

He does not rule out reaching agreements, but he harshly criticizes the

's position in economic matters, refusing to approve additional tax cuts to alleviate the cost that the inflationary spiral is having on families.

The new president of the PP attends the appointment with a key demand: that the Government approve a reduction in personal income tax to "inject money" into families and that they can face the "scarcity" of basic products.

"If you want to agree on measures to deal with inflation in Spain, the measures have to go through an immediate tax cut," Feijóo demanded.

"And, very specifically, personal income tax", to deflate it to a large extent, and temporarily.

-a meeting that lasted two hours and 40 minutes-, the leader of the PP has stressed that in the first two months of the year tax collection rose by 7,500 million euros.

"A very important part of that amount has to be transferred to the families," he said, without providing figures or clues about what he will propose to Sánchez.

"If not, I cannot unilaterally accept a set of scattered measures that are not going to decrease" the CPI, the

"The effects of that economic policy will be the responsibility of the Government," in that case.

For the leader of the main opposition party, "suicide is telling people to pay 10% more."

"A government cannot benefit from inflation to enter more and impoverish families; if families do not make ends meet, what is the Welfare State?" He asked himself.

Feijóo I have transferred to Felipe VI his "concern" about the change of position in the Sahara.

"I have shown him our perplexity" by "all these lurches and improvisations", he has lamented.