A "campaign of ethnic cleansing" in western Tigray in Ethiopia, this is what Amnesty International and Human Rights Watch denounce in a joint report made public on Wednesday. Zoned… 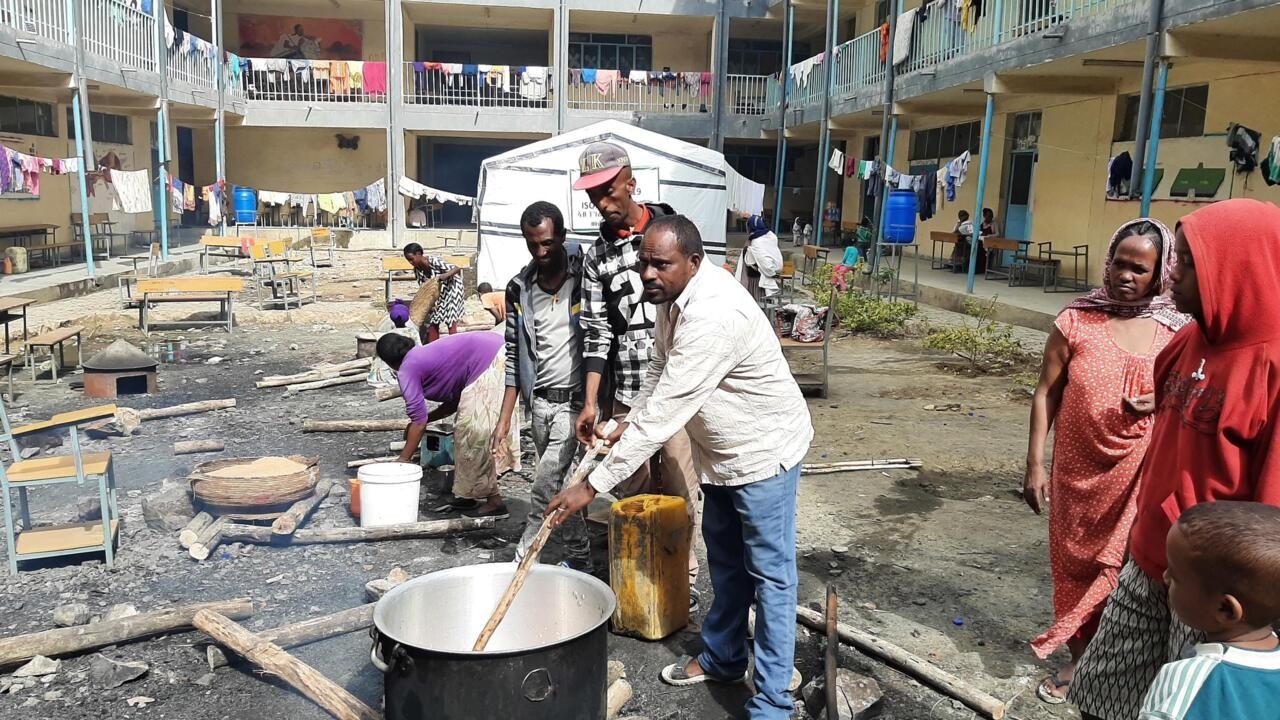 Displaced persons camp set up in the Mayweli secondary school, in Mekele, capital of the Ethiopian region of Tigray.

A "campaign of ethnic cleansing" in western Tigray in Ethiopia, this is what Amnesty International and Human Rights Watch denounce in a joint report made public on Wednesday.

A disputed administrative area, under Tigray rule since the 1990s, Western Tigray came under the control of the Ethiopian National Defense Forces (ENDF) and allied forces and militias from the Amhara region within two weeks of the outbreak. of the conflict in Tigray in November 2020.

They kept saying, 'We're going to kill you. Get out of the area

This testimony is one of hundreds collected by investigators from Amnesty International and Human Rights Watch.

A total of 400 stories were collected by the NGOs.

Including that of a 70-year-old Tigrayan, arrested in Humera last year, says Laetitia Bader, director for the Horn of Africa at Human Rights Watch.

He was held for 2 weeks at Bet Hintset, one of the informal detention centers where we have documented the worst abuses in Humera, along with what he believes to be thousands of other prisoners.

While in detention, two older men he knew were beaten to death.

After two weeks, and when he was already in a terrible state, he was loaded into a truck and transported to the Tekeze river.

Later, in another part of Tigray, this man will survive a drone attack.

These incredibly serious crimes should elicit global outcry and response.

In their report, Amnesty and HRW detail what they call a "coordinated campaign

" against Tigrayans in western Tigray.

Plans to empty the region of its Tigrayans have been discussed and spoken about in public whether in meetings, through pamphlets or ultimatums.

The authorities have also deprived Tigrayan communities of resources essential to their survival by denying them access to their lands.

They also encouraged looting, by issuing permits for the transport of looted goods

,” according to Fisseha Tekle, researcher for Amnesty International.

The report by the two NGOs documents a long list of abuses: extrajudicial executions, sexual violence, mass arrests, as well as several waves of forced displacement, including one again last November.

These abuses constitute, according to the two NGOs, "

The coordination in the schedules and movements of the buses, as well as the similarities in the testimonies indicate that these are centrally planned operations

The NGO is particularly concerned today for the Tigrayans still detained in western Tigray, subjected, according to the NGO, to food deprivation and torture.