Watchmakers play with materials to seduce the new generation of buyers 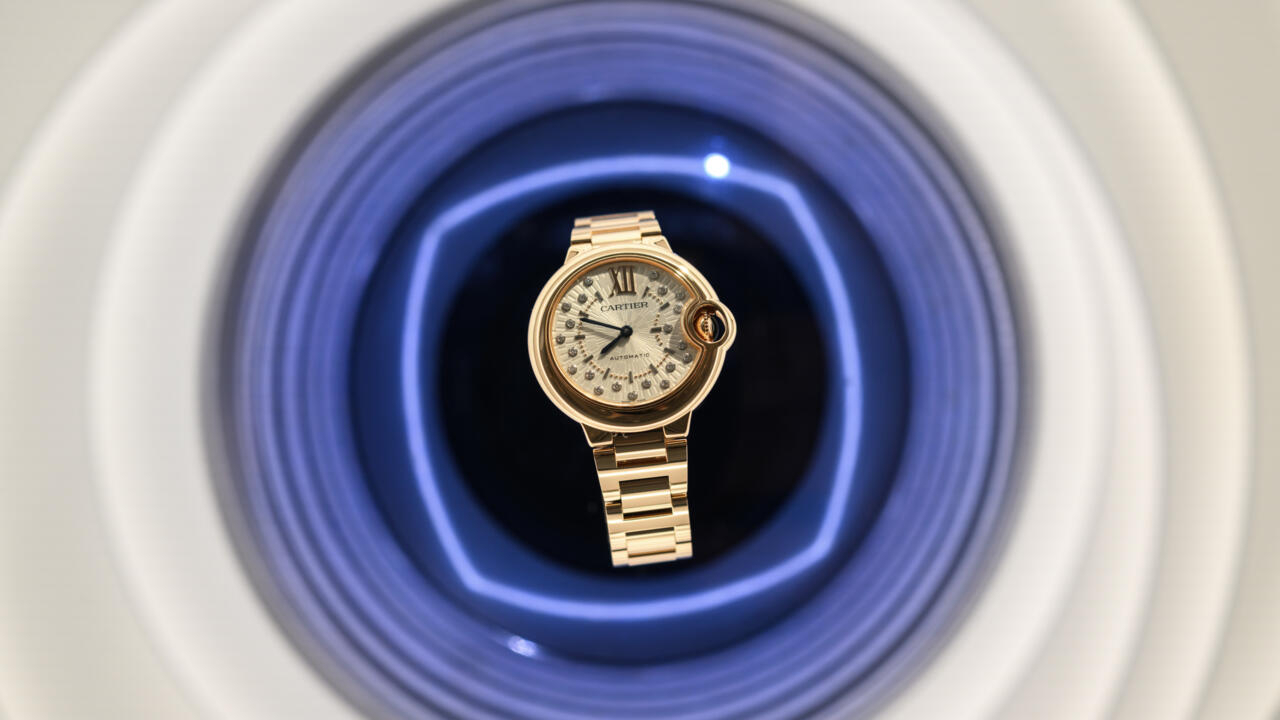 The H. Moser brand, which made a name for itself through its iconoclastic models, came to the show this year with a watch coated in Vantablack, a material so black that it absorbs almost all the light.

Placed in front of a black background, this watch, still at the concept stage, creates the illusion of a black hole, the eye only being able to distinguish the colored hands.

This carbon nanotube material, which the German manufacturer BMW had used for a unique copy, is considered to be the darkest pigment in the world.

"I wanted to bring something different from what we will see in the windows in three months," explains Edouard Meylan, its managing director, during an interview with AFP.

"I wanted to show the future of materials", he continues, to "explain what watchmaking could be like in five years".

Although this prestigious brand has already used this material in dials, this exhibition model entirely covered with Vantablack cannot be touched for the moment, at the risk of losing its properties, the objective being to continue to work on it so that may one day be worn.

Technology worked by the craftsman

Black is a very trendy shade, according to Vincent Grégoire, head of menswear and accessories for the Parisian style office Nelly Rodi, with a new category of lovers of luxury products that he calls "the virtuosos".

"It's a clientele that wants beauty, hyperluxury, with materials of the future, full of technology but worked by the hand of the craftsman", he describes, with a pronounced taste for this hue that evokes " Anish Kapoor's universe".

This British artist had also caused controversy in the art world by buying the rights to Vantablack for his sculptures.

A new generation of luxury goods enthusiasts is emerging, observes Mr. Grégoire, who also identifies other profiles, including one he calls "the agitators", who are fans of "street culture". ", of "recycling" and who want to make their purchases "a militant act".

On a stand dedicated to innovation, the Oris brand shows in particular how it recycles plastic waste, which is shredded into chips to make a material that looks like marble with random colors depending on the plastics recovered to make watch dials. .

Tag Heuer, owned by the French luxury group LVMH, has for its part broken a taboo by using laboratory diamonds for the first time on one of its flagship models.

These diamonds obtained by chemical deposition were used not to replace the classic diamonds but to create a new texture on the dial with new diamond shapes on its surface which make it possible to create plays of light in the center of the watch.

With this technology, the brand wanted to explore the new possibilities offered by laboratory diamonds while remaining rooted in the world of very high luxury.

"There is a place for laboratory diamonds on the market", reacted Tobias Kormind, the boss of 77 Diamonds, a company specializing in the sale of diamonds online, who is enthusiastic when he discovers the watch on the site of Tag Heuer.

"There are people who buy laboratory diamonds for budget reasons but also for environmental reasons", he explains to AFP, even if natural diamonds remain "those which will appreciate the most in the time,” he insists.

But the jewelry house, owned by the Richemont group, has also taken a detour through technology.

Thanks to 3-D printing, the house on Place Vendôme has developed a new collection called the Cushion, whose case bends slightly under the pressure of the finger before resuming its shape...like a cushion.