It took a full four months before the public could test for covid-19 after the virus came to Västerbotten. The reason was that it took time to build up the organization around the testing and that the region did not want to burden healthcare. - If the health centers had tested the general public with mild symptoms, they would have had to prioritize away the sick, it would have been a wrong prioritization, says infection control doctor Gunilla Persson. 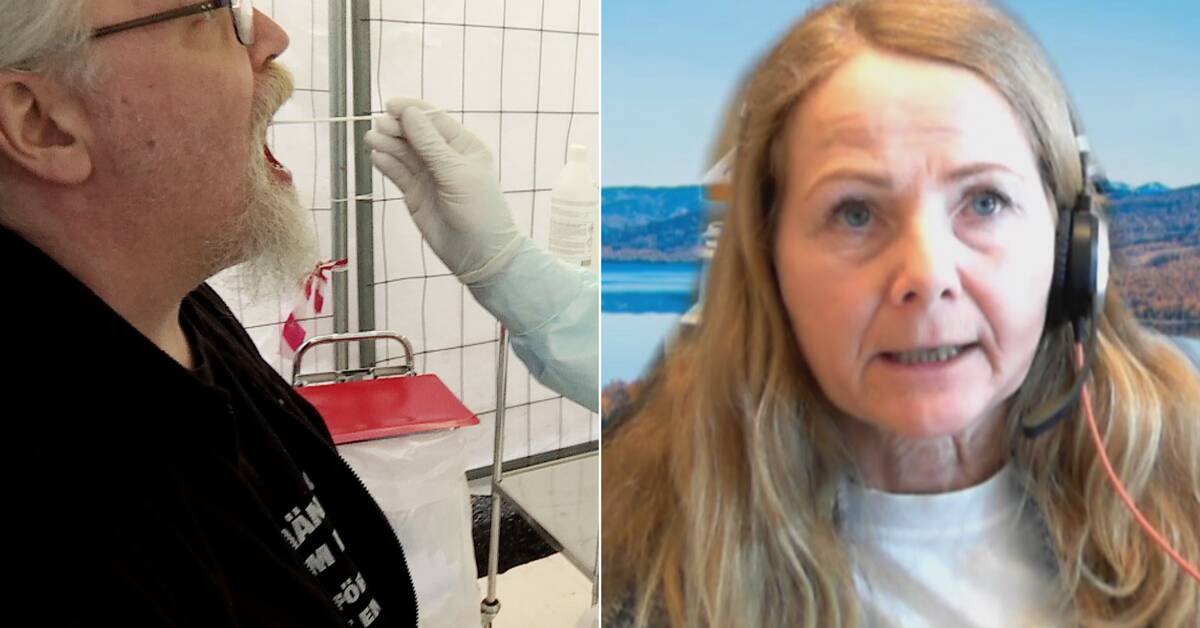 According to the Infection Control Act, the regions are responsible for infection tracing and testing.

In Västerbotten, they chose early to test healthcare staff and employees in the municipalities and quickly signed agreements with FOI, the Defense Research Institute's lab.

But if private individuals suspected that they were infected, they had to turn to a health center that could prescribe sampling.

It took four months before a broad self-test sampling began in the region.

"Lab capacity was not enough"

In April, the Swedish Public Health Agency was commissioned by the government to extend the testing to the general public.

And only then did the work in the region begin to prepare for broad testing of the public.

The public health authority made an inventory of the lab capacity and began a procurement of external labs.

- We quickly realized that our own lab capacity was not enough to test the public, so we joined one of the labs they procured, says Gunilla Persson.

"Did not keep track of the spread of infection"

Digital services for delivering test results, as well as technical solutions for getting the test results in the medical record also needed to be procured for the sampling to work.

- All this was needed so that the samples could be registered without the care being affected, because the care was heavily burdened so they did not want the care to have to be tested in general with mild symptoms, says Gunilla Persson.

- Because then those who needed care would not have been able to get the help they needed for the health centers had been busy testing people with mild symptoms, it would have meant a wrong prioritization of care.

Västerbotten had the Västra Götaland region as a model for testing the general public.

But despite using the same external lab and the same digital services, sampling started in Västerbotten five weeks later than in Västra Götaland.

Hear why and if you could have gotten started earlier in Västerbotten, in the clip.