Le Monde: Hundreds of bodies were found in it.. Bocha is a turning point in the war on Ukraine

The discovery of hundreds of bodies of Ukrainian civilians in the village of Bucha near Kyiv sparked outrage and anger, which calls for international justice to be achieved within realistic time frames and without giving the perpetrators time to enjoy good days. 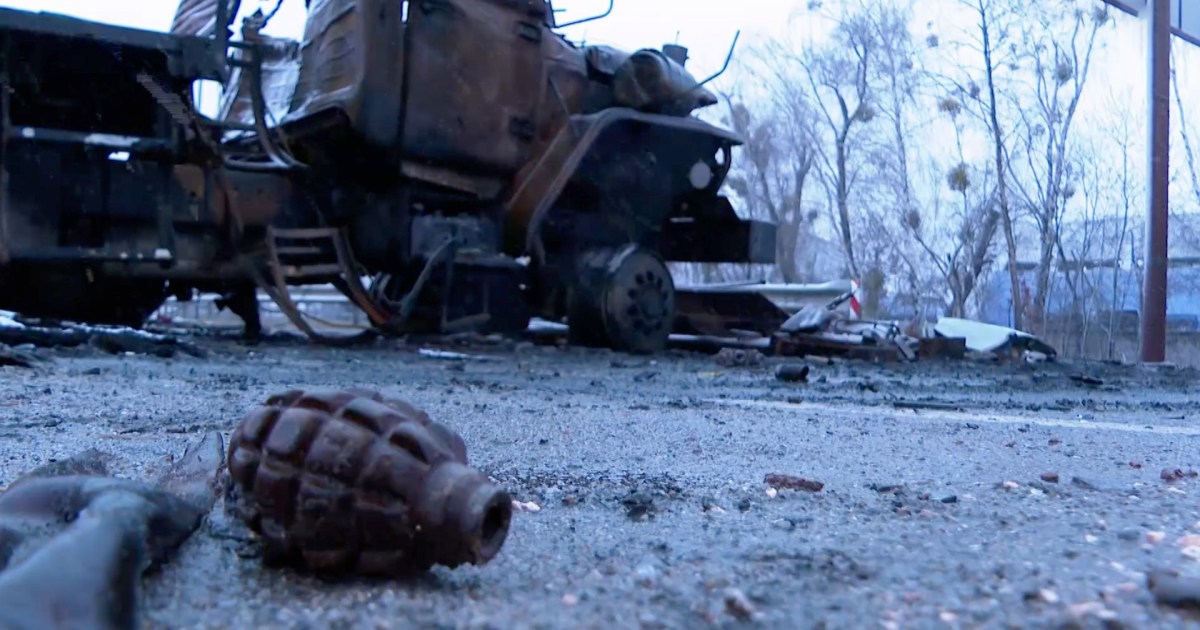 The discovery of hundreds of bodies of Ukrainian civilians in the village of Bucha near Kyiv sparked outrage and anger, which calls for international justice to be achieved within realistic time frames and without giving the perpetrators time to enjoy good days.

With this premise, the French newspaper Le Monde began its editorial in which it said that wars sometimes witness bloodier battles than others, and massacres are more brutal and dangerous than the previous ones, which shock public opinion.

Such an event - according to the newspaper - could constitute, with the symbolic weight of its horror, a turning point in a conflict, and there is no doubt that the discovery of hundreds of bodies of Ukrainian civilians on Sunday, April 3, after the withdrawal of the Russian army from the villages surrounding Kiev - including the bodies of Bucha - It is a turning point in this conflict, according to Le Monde.

The newspaper added that the pictures of civilians hiding in basements and hospitals that were bombed, and pictures of soldiers who were killed in battle, have become, since the beginning of Russia's war on Ukraine 40 days ago, part of the daily media life of Europeans, but what appeared on their screens last Sunday conveyed this war - according to Le Monde - to a new level of barbarism.

Le Monde reported Moscow's denial of any responsibility for its forces for these violations and accusing the Ukrainian authorities of having orchestrated it and presented it to the Western media.

The newspaper commented on that accusation by saying, "The Kremlin's bad faith in this conflict and the art of clever lying do not leave much room for the credibility of this denial, which contradicts the testimonies collected immediately by journalists as well as Human Rights Watch."

Therefore, the newspaper believes that anger alone and denunciation is not enough, but rather a helping hand must be extended to the Prosecutor of Ukraine, Irina Venediktova, who is collecting evidence in order to prepare complaints related to war crimes and crimes against humanity, noting that the British Prosecutor of the International Criminal Court Karim Khan He opened an investigation into this matter, and even visited Ukraine.

Le Monde urged European countries to give greater resources to this work of investigation and evidence-gathering, particularly with regard to personnel, so that those who make decisions in Moscow and those who carry out their orders are aware of what awaits them, and if arrest warrants can be issued, Le Monde believes that they should be issued without Delay no matter how high the rank of those targeted by those orders.

The newspaper concluded its editorial that the Bucha massacre imposes a turning point on the Europeans, as they must abandon this pathetic gradual in their response, and they must confront the deadly attack of Vladimir Putin with a real counterattack of solidarity with Kyiv, according to the newspaper.