New milestone reached for the AUKUS security pact, bringing together the United States, the United Kingdom and Australia in the face of China's growing influence in the Indo-Pacific. These three countries have… 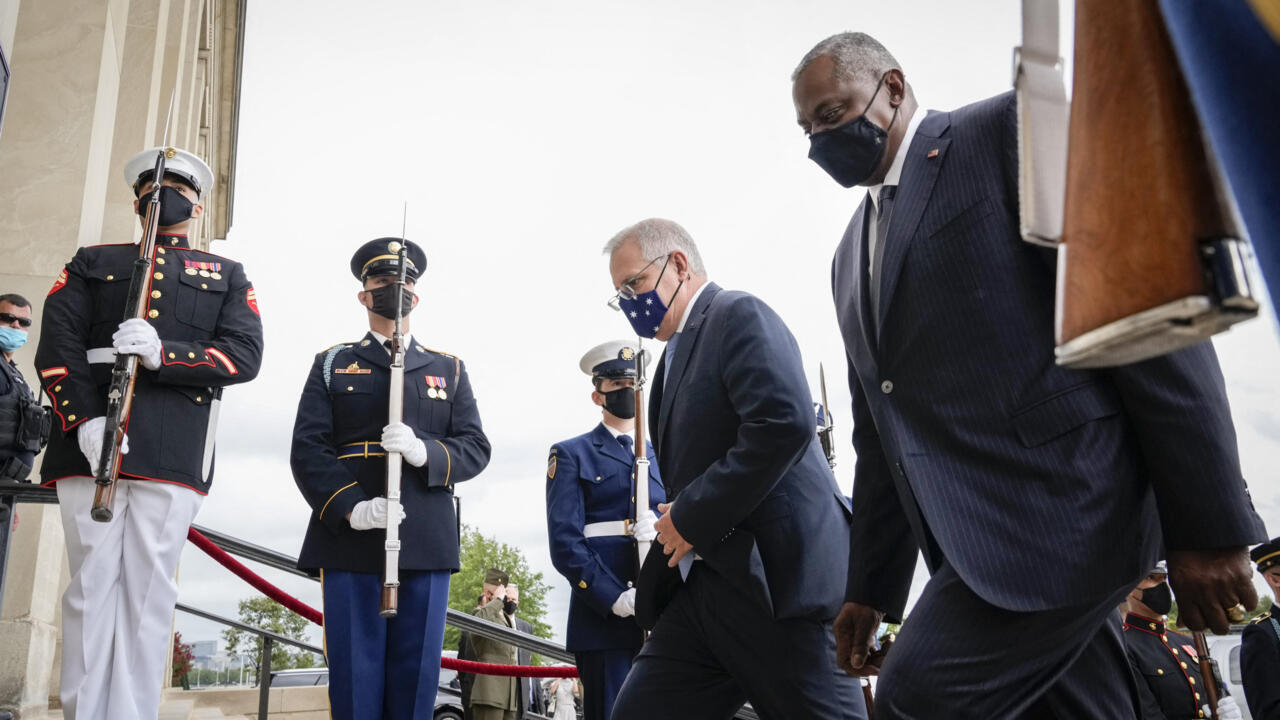 Australian Prime Minister Scott Morrison and US Secretary of Defense Lloyd Austin (right) September 22, 2021 at the Pentagon in Arlington, Virginia after AUKUS was established.

New milestone reached for the AUKUS security pact, bringing together the United States, the United Kingdom and Australia in the face of China's growing influence in the Indo-Pacific.

These three countries announced on Tuesday April 5, 2022 that they would jointly develop hypersonic weapons, a technology controlled by Washington, Beijing and Moscow.

We know it since the case of the French submarine contract canceled by Australia: three English-speaking countries intend to counter the growing influence of China in the Indo-Pacific by cooperating more closely: United States, United Kingdom United, Australia.

►Listen also: Line of defense – The submarines of discord

Washington, London and Canberra announced on Tuesday the future development of hypersonic missiles, which can reach five times the speed of sound, or even more.

More maneuverable than other missiles, they are in all respects more difficult to counter.

In a joint statement, Joe Biden, Boris Johnson and Scott Morrison explained that they were committed "

to beginning new trilateral cooperation in hypersonic, counter-hypersonic and electronic means of warfare

The US President, flanked by the British and Australian Prime Ministers, has also agreed, they all three say, to expand "

And in March 2022, Moscow claimed to have used this type of weaponry in Ukraine, which would be a first in real combat conditions.

AUKUS targets China in the Indo-Pacific, without mentioning it by name.

The pact was announced with a bang in September 2021, to the detriment of Australia's commitments to France and its industry, the breach of the famous "contract of the century".

►Read again: After the submarine crisis, France is looking for its place in the Indo-Pacific

The English-speaking alliance has since planned the massive delivery of nuclear-powered submarines, SNAs, to Australia, whose position is highly strategic, between the Pacific and Indian oceans, with more to the north, the Sea of Southern China.