Accidents and canceled buses on the slippery slope

There have been a lot of accidents during the morning and in Jönköping, Länstrafiken has canceled bus lines as the buses cannot get up the slopes. 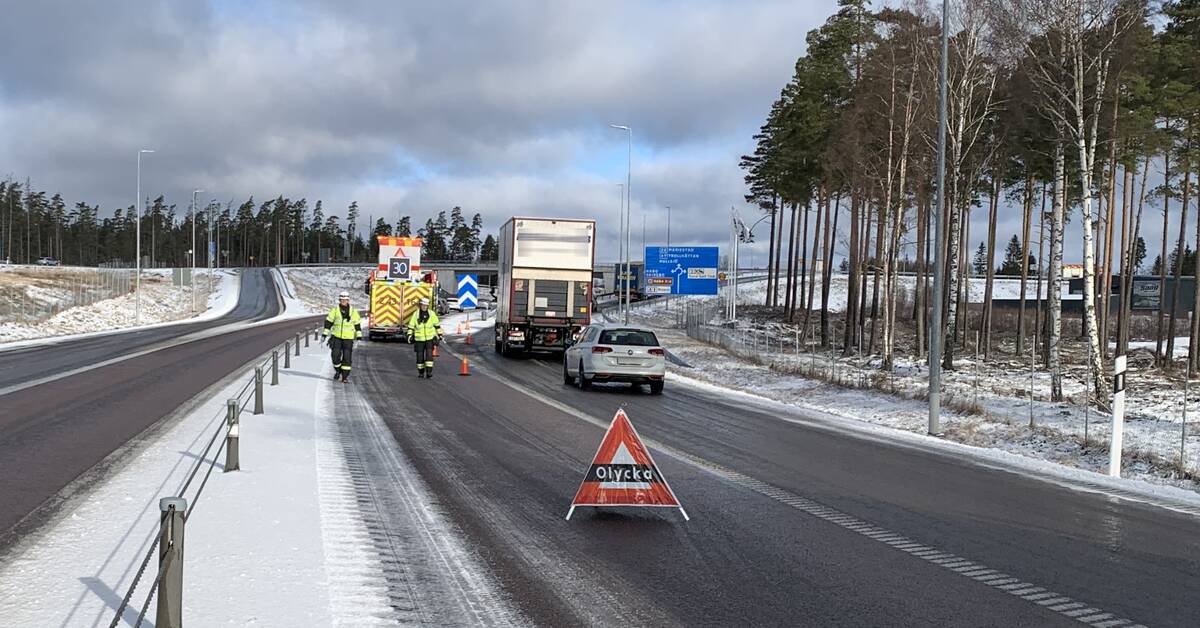 The night's snowfall during the morning has caused a lot of problems and several accidents have been reported.

Among other things, a motorist drove into the ditch and overturned his car on highway 27 west of Värnamo at 7 o'clock.

Two people were injured but should not have been seriously injured.

Shortly after eight o'clock, an accident occurred with a truck on highway 26/47 at Risbrodammen.

In connection with the accident, long queues formed and this resulted in a kitchen collision with several cars.

No person should have been in need of care.

In connection with the accident at Risbro, long queues were formed and a kitchen collision between several cars occurred.

On Hällstorpsvägen between Råslätt and Norrahammar in Jönköping, there was a stop during the morning after a bus ended up at an angle and Länstrafiken has canceled several bus lines as the buses can not get up the slopes in Jönköping, this applies to lines 2, 4 and 11 to Dalvik.