"Dubai Ambulance" achieves a response time of 1.03 minutes during the "Expo"

The Dubai Corporation for Ambulance Services revealed that it had achieved a world record, in response time, during the activities of "Expo 2020 Dubai", whose activities ended at the end of last month, reaching 1.03 minutes. It also succeeded in securing the event in days when the number of visitors reached about 500 thousand visitors. , the majority suffered 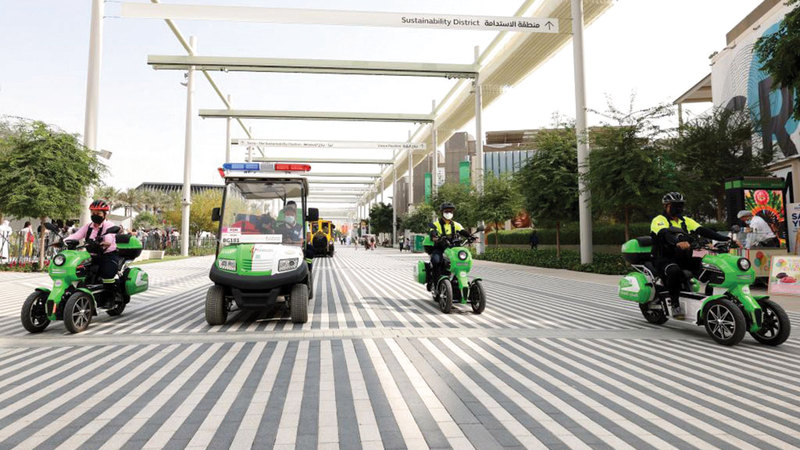 "Dubai Ambulance" achieves a response time of 1.03 minutes during the "Expo"

The Dubai Corporation for Ambulance Services revealed that it had achieved a world record in response time, during the activities of "Expo 2020 Dubai", whose activities ended at the end of last month, reaching 1.03 minutes.

It also succeeded in securing the event on days when the number of visitors reached about 500,000, and most of the cases received suffered from fatigue as a result of the high temperature on some days.

The Executive Director of the Foundation, Khalifa Al-Dari, told "Emirates Today" that the Foundation provided its services to nearly 23 million visitors, which provided the world with an exceptional model in dealing with global events and events, and reflected the policy and strategy of the UAE and its development with regard to ambulance services and care services. health in general.

He continued: "The Foundation has officially succeeded in achieving a response time to communications of one minute and three parts of a second, which is a number worthy of being registered in the Guinness Book of World Records, especially since this achievement was achieved during dealing with an event that includes hundreds of thousands of visitors, where their number ranged on some days." Between 400,000 and 500,000 visitors, of different ages and nationalities, all of whom were secured and dealt with professionally and efficiently, through the Foundation’s cadres,” noting that this experience contributed to refining and developing the skills of paramedics, and opened the way for the Foundation to monitor a package of initiatives, ideas and visions that it would present. In the near future.

Al-Dari added that the paramedics team dealt with 16,025 communications during the period of the Expo, 88% of which were for simple cases, and first aid was provided to them on the site.

The number of females who received the service reached 8,031 compared to 7,753 for males, and the highest rates of ambulance requests were for the age groups from 26-40 years.

He pointed out that the peak time for submitting communications was at noon, as it witnessed high rates of receiving communications, at a rate ranging between 1,100 and 1,300, between twelve noon and five in the afternoon.

The most prominent reports were as a result of stress and high air temperature on some days.

Al-Dari stated that the Foundation achieved important results during its participation in the "Expo", the most prominent of which was the "Super Responder", the vehicle in which the ambulance entered the encyclopedia of records, finally, as the fastest ambulance in the world, in addition to the record for the response rate, which reached one minute and 17 seconds at the beginning of the event, a record that deserves to be recorded in the Book of Records as well.

Dubai Ambulance also offered specialized and qualitative services, including two VIP ambulances, adding a crisis and disaster bus, as well as a mobile drug store serving emergency points, and a mobile workshop to deal with minor and medium vehicle malfunctions at the Expo.

• “The paramedics team dealt, during the period of the (Expo) exhibition, with 16 thousand and 25 communications.”