The 64th Grammy Awards took place tonight in Las Vegas. No controversial slap like at the Oscars last week but performances on stage and the most prestigious awards distributed between the... 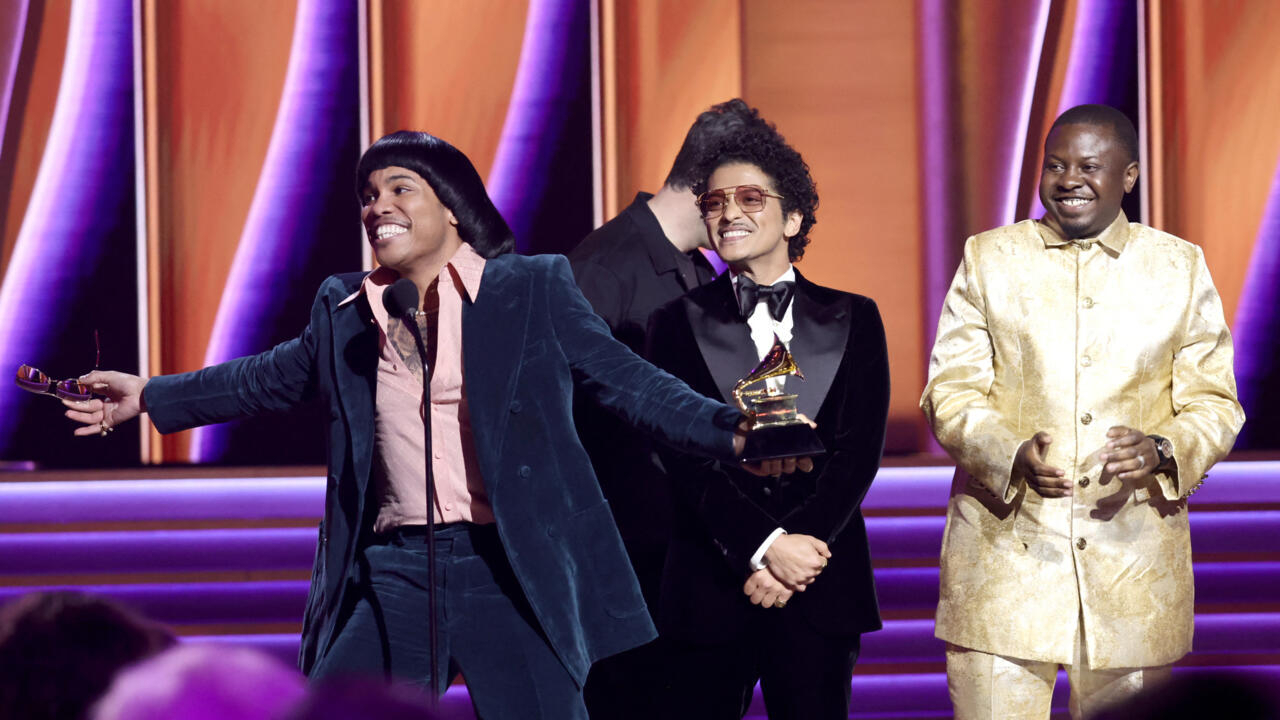 The Silk Sonic duo, one of the big winners of the 2022 Grammy Awards. Getty Images via AFP - EMMA MCINTYRE

No controversial slaps like at the Oscars last week but performances on stage and the most prestigious prizes distributed between the three big winners of the evening, the funk duo Silk Sonic, the newcomer Olivia Rodrigo and the jazzman Jon Batiste.

Angélique Kidjo wins the trophy for the best music album in the world.

“Leave the door open”, here is the song of the year for the academy in charge of the Grammy Awards, writes

our correspondent in the United States

One of four awards of the night for Silk Sonic, the duo of award-winning Bruno Mars and rapper Anderson Paak.

We're doing everything we can to stay humble at this point, but in the business, that's called a landslide victory

We all love you.

Silk Sonic is paying for the tour tonight

“, he launched to his unhappy opponents.

Revelation of the year, Olivia Rodrigo is only 19 years old but she was already touring for Disney in 2016. Her first track, "Drivers License", a heartbroken song, made her an instant star: "

I think of my parents.

When I was 9 I told my mom I was going to be a gymnast in the Olympics, she thought I was kidding.

The next week, I told her I was going to win a Grammy and she always supported me

Less known, Jon Batiste wins the album of the year, the last prize of the ceremony.

Virtuoso pianist but also multi-instrumentalist, conductor, civil rights activist, Oscar-winning composer, this musical genius energized the room by declaring with a smile that music was for him "

more than entertainment, a spiritual practice

Jon Batiste, scion of a family of musicians from New Orleans, is only 35 years old but has already recorded with the biggest stars of American song, from Stevie Wonder to Prince via country legend Willie Nelson.

Eilish, Justin Bieber and Lil Nas X were among the night's top contenders in terms of nominations but left empty-handed, despite having memorable performances on stage.

On the rock side, the Foo Fighters have won the three awards for which they were in the running, a week after the sudden death of their drummer Taylor Hawkins in Colombia, shortly before a concert.

interpreted by John Legend, accompanied by three Ukrainian artists including a poet, who had just left her country.

The main winners of the 64th edition

Album of the Year

Recording of the Year

, awarded for the overall performance of a track - "Leave The Door Open" - Silk Sonic

Song of the Year

Revelation of the Year

Call Me If You Get Lost