Presidential: in Paris, Valérie Pécresse calls on voters to "overturn the table"

Valérie Pécresse held her last meeting in Paris on Sunday, one week before the first round of the presidential election. Presenting herself as the only right-wing candidate, she called on her supporters to… 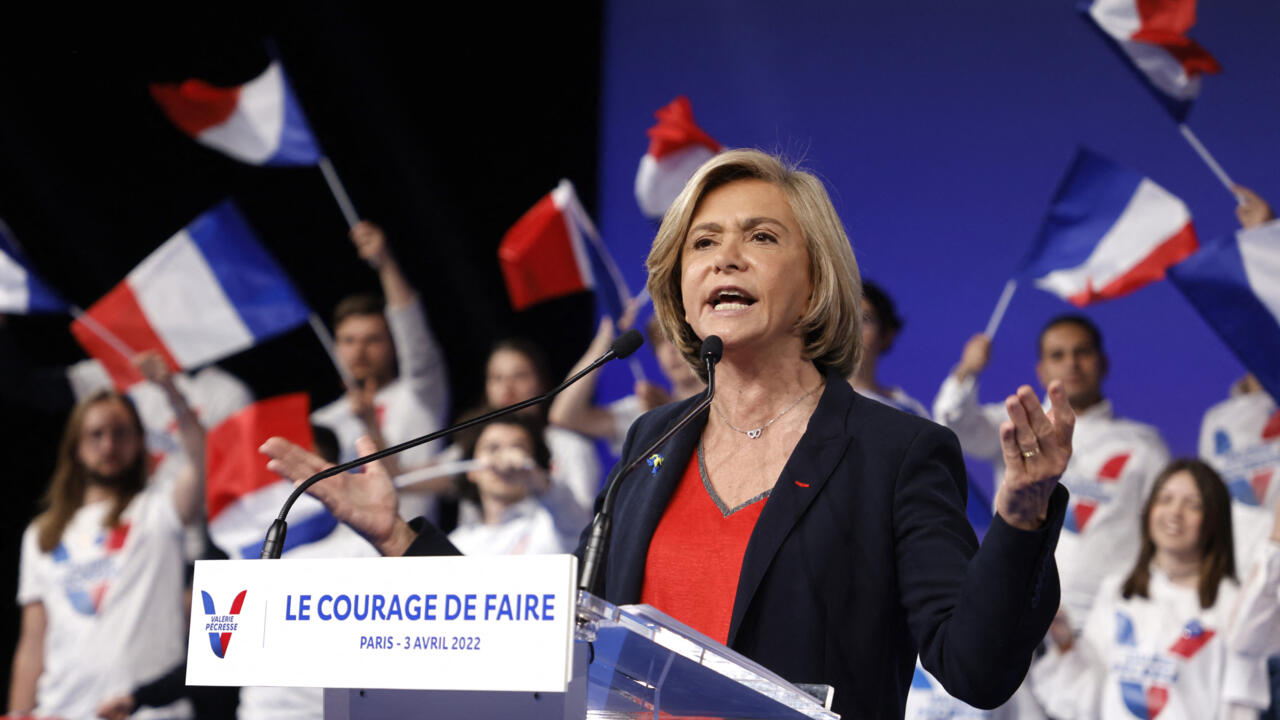 Falling below 10% in the polls, Valérie Pécresse presented herself, Sunday April 3, as the only right-wing candidate, in a meeting where she called on voters to "overturn the table" by the first round. of the presidential.

"We have one week left to convince, to overturn the table" and "next Sunday, we are going to lie to all those who explain that the election is over", said candidate LR, at the Parc des expositions, where the few 5 000 spectators multiplied the "we are going to win" and other "Valérie president", in her speech of about forty minutes.

For this last major Parisian meeting (another is scheduled for Lyon on Thursday), Valérie Pécresse resumed her classic angles of attack against Emmanuel Macron who "once again wants a face-to-face with the extremes to ensure the 'to win in the second round', or against the extremists who would 'lead the country into disorder, impotence and bankruptcy'.

Presenting herself as the only legatee of the right against "forgers", she repeated that the president-candidate "does not carry a right-wing policy".

"I spend therefore I am, that's Emmanuel Macron's project," she quipped, listing in contrast his own "brave" reforms of debt reduction and retirement at 65.

As for the extremist candidates, described as "demagogues", they "would lead the country to disorder, impotence and bankruptcy", she warned, judging them also "discredited" for their past pro-Putin speeches .

Rolling out in front of a room reactivating her very firm program on immigration and order, the one who presents herself as "the real candidate for purchasing power" and wants to "return the money to the French" unveiled a new measure to introduce "VAT at 5.5% instead of 10% on public transport".

"Wash off the affront" of his failed meeting

The name of Nicolas Sarkozy, conspicuously absent from the meeting, who did not support Valérie Pécresse and is the subject of recurring rumors about rallying to Emmanuel Macron, was briefly whistled by part of the public, unheard of in a meeting right where the former head of state remains a reference.

>> To read also: McKinsey, the case that revives the presidential campaign

Young people on stage, a succession of speakers before her, and above all a more personal tone: the meeting had been designed to "wash away the affront" from the Zenith, on February 13, which had earned it a deluge of criticism.

"You saw me stumble, get up, you discovered my resistance. I don't give up. This courage, I want to put it at your service," she said.

Valérie Pécresse, who started around 17-18% in January, has since accelerated her decline to drop below 10% in several polls, far behind Emmanuel Macron and Marine Le Pen.