Iranian newspaper: Russia is taking the Iranian nuclear negotiations as a ride to confront the West

The Iranian newspaper, Shargh, said that Russia's "negative role", and Tehran's demand to remove the Revolutionary Guards from the US list of terrorist organizations, are the most important factors affecting the suspension of the Vienna negotiations on the Iranian nuclear program. 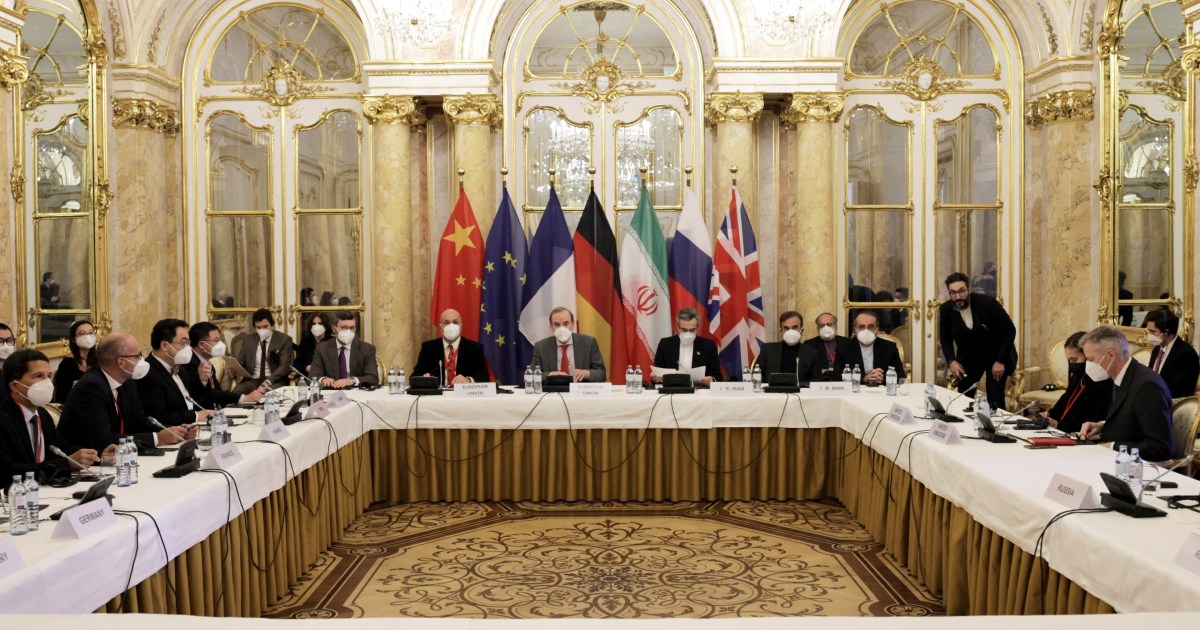 The Iranian newspaper, Shargh, said that Russia's "negative role" and Tehran's demand to remove the Revolutionary Guards from the US list of terrorist organizations are the most important factors influencing the suspension of the Vienna negotiations on the Iranian nuclear program.

The newspaper pointed out that the revival of the nuclear agreement "has become the responsibility of the Russian player," criticizing Iran's policy of giving Russia a major role in the nuclear negotiations file.

The newspaper quoted the former Iranian ambassador to Britain, Jalal Sadatian, as saying that the reason behind the suspension of the nuclear negotiations in Vienna stems from what he called the "political confrontation" between Iran and the United States of America, and not the difference between them on technical issues.

The Iranian diplomat considered that the Vienna negotiations were already affected by the Russian-Western confrontation in Ukraine, adding that Moscow - after its war on Ukraine - worked to achieve its political interests with the European and American sides, taking advantage of its technical role in reviving the nuclear agreement, especially its cooperation with Iran in the Bushehr reactor. Fordow and the transfer of highly enriched Iranian uranium to it in exchange for the yellow cake.

Sadatian warned of the political and economic repercussions of the continued suspension of nuclear negotiations on Iranian livelihoods.

He pointed out that after the war on Ukraine and the rise in energy prices in global markets, the current circumstances represent a golden opportunity to reach a consensus on the Iranian nuclear file and lift sanctions against Iran.

What does Russia want?

Although Russia does not reap a direct result from the tension between Iran and the West - according to the newspaper - the revival of the nuclear agreement and the lifting of sanctions against Tehran is not in Moscow's interest.

Sadatian believes that the Kremlin "has not and will not spare any effort to raise energy prices by creating crises parallel to what is happening on Ukrainian soil to balance Western pressure on Moscow."

As for the ideal scenario for Russia in the Vienna negotiations, Sadatian believes that in light of the Ukrainian crisis, the Kremlin is likely to continue studied tension between Iran and the Western side in the talks.

The Iranian diplomat accused the Russians of taking the nuclear negotiations as a ride to balance their interests against the West on the one hand, and to prevent the revival of the nuclear agreement, lift sanctions on Iran, and prevent Tehran from supplying global markets with energy on the other.

In this context, Heshmatullah Falahatpisheh, the former head of the National Security and Foreign Policy Committee in the Iranian parliament, believes that his country made a historical mistake in linking the negotiations to revive the nuclear agreement with Russia's interests.

He stressed that what is being said about Iran's red lines regarding the Revolutionary Guards in the Vienna negotiations aims to "purify the negative Russian role in the negotiations."

He explained that the behavior of the Russian representative to international organizations in Vienna, Mikhail Ulyanov, especially his tweet about Iran's achievement of very great achievements in the nuclear negotiations, led to the formation of an anti-Vienna negotiations coalition with the participation of the extremist current in the United States, the Zionist entity and some Arab countries.

Falahat Bisha confirmed that there is a fierce attack launched by the coalition against the Vienna negotiations on the Biden government and its envoy to Iran, Robert Mali, for its determination to work on resolving the nuclear negotiations.

He added that this attack is still going on, and criticized the Iranian Foreign Ministry's policy of linking the interests of the Iranian people with those of Russia.