In a meeting, Pécresse calls for "overturning the table"

"We have one week left to overturn the table": during her big meeting in Paris on Sunday, Valérie Pécresse urged her supporters to make the polls lie, which place her under 10%, by p... 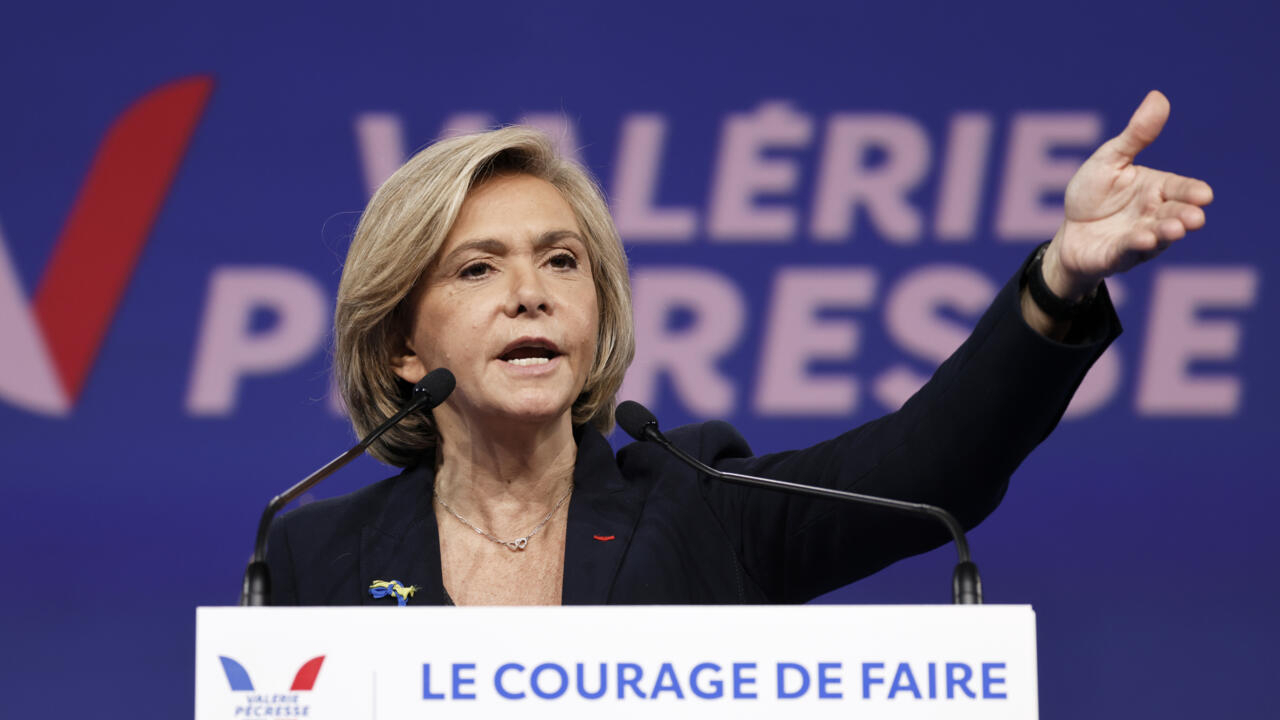 "Next Sunday, we are going to lie to all those who explain that the election is over," said the LR candidate at the Parc des expositions, where the spectators multiplied the "we are going to win" and other "Valérie president", in her 40 minute speech.

For this last major Parisian meeting (another is scheduled for Lyon on Thursday), Valérie Pécresse resumed her classic angles of attack against Emmanuel Macron who "once again wants a face-to-face with the extremes to ensure the 'to win in the second round', or against the extremists who would 'lead the country into disorder, impotence and bankruptcy'.

On the social side, the one who wants to be "the real candidate for purchasing power" has even launched a final proposal to reduce VAT on public transport to 10%.

Because the tone was intended to be more political, and more personal, for this meeting designed to "wash the affront" from the Zenith, on February 13, where Valérie Pécresse had missed her entry into the campaign.

"You saw me stumble, get up, you discovered my resistance. I don't give up. This courage, I want to put it at your service", she launched, in this speech with a much more fluid tone than 'at Zenith.

Before her, her supporters had succeeded each other at the microphone to praise her "experience" and her "competence", and also call for mobilization.

"We have a few days left to explain that neither the far left nor the far right are solutions," assured Senate President Gérard Larcher.

"The right is not soluble in macronism", launched Éric Ciotti, very applauded at the desk, just like Xavier Bertrand who assured him: "Here, there is no defeatist".

In this context, the president of the Auvergne Rhône-Alpes region Laurent Wauquiez was particularly acclaimed, as when young LRs returned to school a few months ago.

"I didn't like the way Valérie was attacked" with criticism "not on ideas, but on people," he said.

On the other hand, the name of Nicolas Sarkozy, conspicuously absent from the meeting, who did not support Valérie Pécresse and is the subject of recurring rumors about rallying to Emmanuel Macron, was briefly whistled by part of the public, something never seen in a right-wing meeting where the former head of state remains a reference.

Valérie Pécresse, who started around 17-18% in January, has since accelerated her decline to drop below 10% in several polls, far behind Emmanuel Macron and Marine Le Pen.

In the room, where the organizers claimed 5,000 people, the spectators still wanted to believe it.

"It's never too late, we can catch up and win three or four points in the polls," said Patrick Devemy, 67, for whom "you have to get in, let her tear everything up".

Anna and Margaux, 19, from Paris, said to themselves "a little stressed, we are afraid that she will not be in the second round".

"Perhaps people, in front of their ballot paper, will say to themselves that they do not want to give Macron five years back?"