The UK has published a new sanctions list against 14 individuals and legal entities from Russia. Sanctions, in particular, hit the RT channel, the Rossiya Segodnya news agency, RT CEO Alexei Nikolov, Sputnik editor-in-chief Anton Anisimov, VGTRK journalist Sergei Brilev. Alexei Nikolov recalled that the UK has a rich centuries-old tradition of prohibitions and sanctions. In turn, Anton Anisimov called getting into the British sanctions list recognition of his merits. 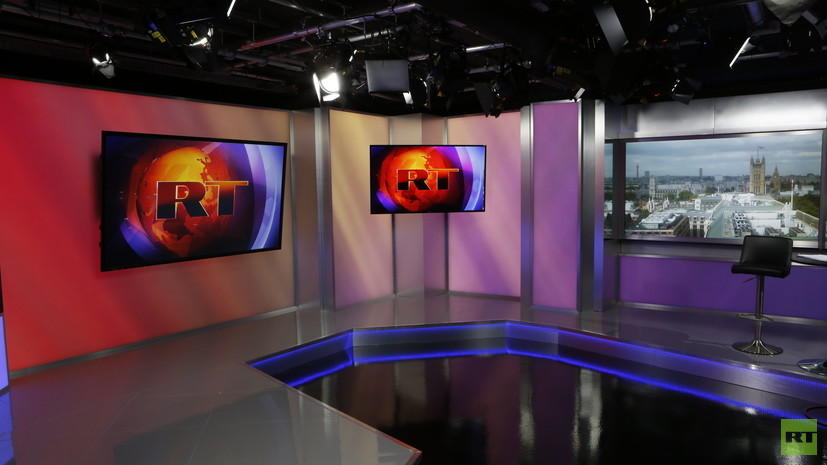 The UK has imposed sanctions on the RT TV channel, the Rossiya Segodnya news agency and a number of Russian journalists.

This was reported on the website of the British government.

In addition, the sanctions affected six employees of the Strategic Culture Fund analytical portal, as well as Svetlana Zamlelova, editor-in-chief of the Kamerton magazine.

Restrictions against individuals include, among other things, the freezing of assets and a ban on entry into the territory of the kingdom.

The decision of the UK to introduce new restrictions was commented on by the editor-in-chief of RT Margarita Simonyan.

“Britain has imposed new sanctions against us.

And we will lower this insult to the general account.

Further - in the text, ”she wrote in the Telegram channel.

Alexei Nikolov recalled that the UK “has rich centuries-old traditions in terms of prohibitions and sanctions.”

“Perhaps not everyone is aware that it was here that such a phenomenon as censorship of the press was first invented, already in 1643.

And the first to suffer from it was the great English writer John Milton.

Could I, a simple Moscow guy, ever dream of being on the same list as Milton?

In turn, the editor-in-chief of Sputnik International Anton Anisimov called getting into the British sanctions list recognition of his merits.

“I must admit that in recent years I was very afraid that I would never fall under European sanctions.

Time passed, more and more worthy fellow citizens fell under the sanctions, but I still didn’t and didn’t.

Thank you very much to the British Foreign Office for finally recognizing my merits!

Now I will continue to work in high spirits, ”Anisimov told RIA Novosti.

Recall that on March 18, the British media regulator Ofcom announced the revocation of RT's license to broadcast in the UK - a corresponding request was sent there at the end of February by the Minister of Digital Technologies, Culture, Media and Sports of the country, Nadine Dorris.

The RT press service called the decision to revoke the license political and noted that London had been looking for a formal reason to close the channel for several years, but wanted to maintain the appearance of freedom of speech.

The press service emphasized that the West wants to ban any points of view that differ from the official ones.

“We were banned from working for one reason: now in the West, any point of view that is different from the official one simply has no right to exist,” the press service explained.

In turn, RT Deputy Editor-in-Chief Anna Belkina noted that the channel has never violated the broadcasting rules established by Ofcom during its work.

The Russian Embassy in London, following the decision to revoke RT's license, urged Ofcom to investigate numerous complaints against British media, including the BBC.

Recently, attempts to interfere in the work of RT have been observed in other Western countries.

Since March 2, the European Union has banned the broadcasting of the TV channel and the work of the Sputnik agency in the community.

On March 24, the Austrian National Council decided to ban the broadcasting of the TV channel in the country.

"Austria is implementing the relevant part of the sanctions against Russia and prohibiting Austrian network providers from broadcasting RT," Parliament said.

At the same time, representatives of the Austrian Freedom Party opposed such a step, saying that it restricts freedom of speech and the press.

On March 30, it became known that the Société Générale bank blocked the personal payroll accounts of some RT France employees.

One of the employees, Anton Rykhlov, in the stream "Flyer" called the situation extraordinary.

He said that he saw through a mobile application that the funds received from his personal card were debited.

The same situation happened to his colleague.

“Only after the call did the consultant manage to receive official information that “due to the tense international situation, the bank begins to follow new methods of regulation,” he said.