L1: duel of identities between Nice and Rennes, Djiku dreams with Strasbourg

The defensive wall of Nice against an ultra-offensive Stade Rennes is the opening shock of the 30th day of Ligue 1, Saturday, before another duel of candidates for Europe: the reception of Lens by… 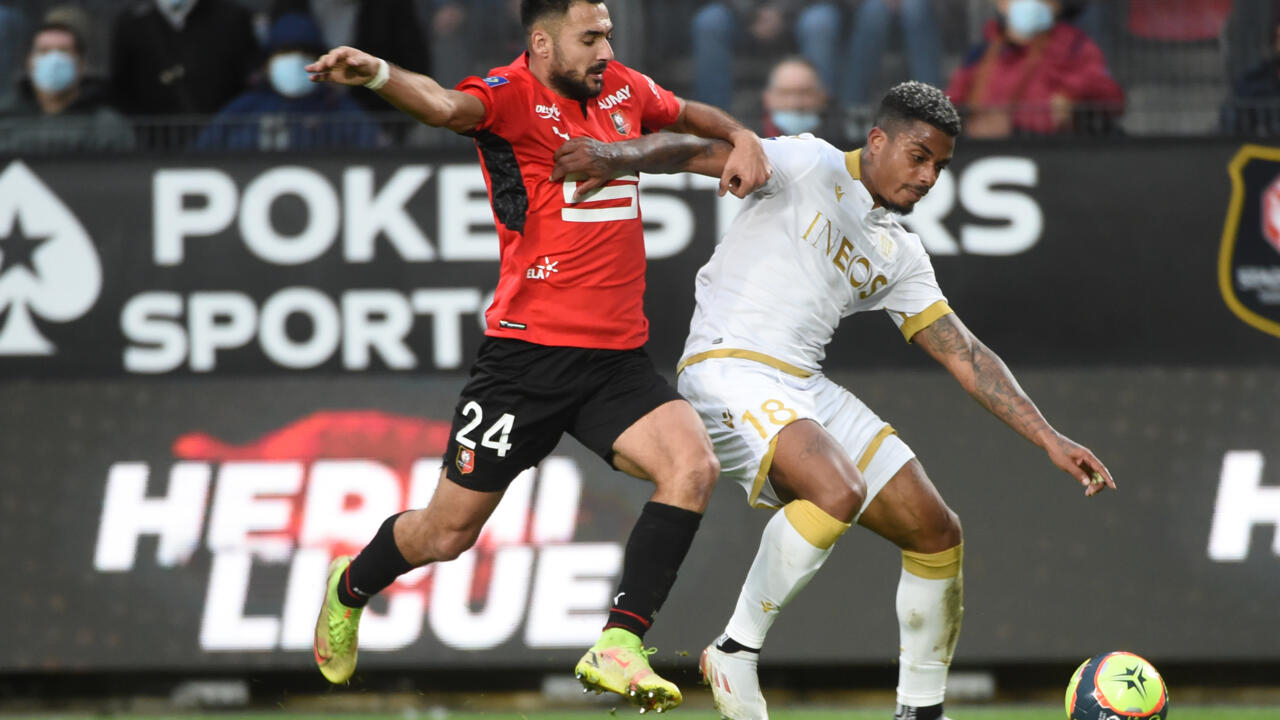 Who can stop the Rennes armada?

After five wins in a row in L1 and a place on the podium (52 ​​points), the Bretons are up against one of their main rivals for qualification for the Champions League.

The joy of Rennes striker Martin Terrier, congratulated by his teammates, after his goal scored at home against Metz, during the 29th day of Ligue 1, March 20, 2022 at Roazhon Park Damien Meyer AFP / Archives

Nice (4th by two points) lost third place by losing to Marseille (2-1) before the break and must immediately avoid another setback against a direct competitor, Saturday (5:00 p.m.) at the start of a 30th day without a match. scheduled on Friday.

The opposition in style between the best attack in the Championship, Rennes (63 goals), and the best defense, Nice (23 goals conceded) offers great promise, as does the duel between two of the most popular French coaches of the moment, Bruno Genesio and Christophe Galtier.

"We feel a collective strength that I have rarely felt. But we must be wary, not get inflamed, be vigilant, while maintaining confidence. To become a very great team, there are still things missing", calmed Genesio before the truce.

What a year for the captain of Racing!

The defender is not only one of the strong men of Strasbourg, fifth only four points from the podium, but he is also qualified for the World Cup, with Ghana, who defeated Nigeria in the play-offs.

Djiku, 27, has not lost a single match, in club or selection, since January.

His acrobatic return against Monaco, the only goal of the match on March 13, remains one of the highlights of the season for Alsatian fans, close to seeing their club reach a European Cup.

The joy of the Ghanaian defender of Strasbourg Alexander Djiku, congratulated by his teammates after his goal scored at home against Monaco, during the 28th day of Ligue 1, March 13, 2022 at the Stade de La Meinau SEBASTIEN BOZON AFP / Archives

The former Caennais, who dreams of the Premier League, sees his atypical career rewarded, after his outbreak in Bastia during the 2015-16 financial year.

After having experienced the descent into Ligue 2 in Corsica and Normandy - he had left his club each time at the end of the season -, the Ghanaian is aiming for a European place, for the first time, before going to Qatar at the end year for the World Cup, the first of his young international career.

Sunday (1:00 p.m.) against Lens, another candidate for the European Cups, the Alsatians and their captain will be able to cross the 50-point mark.

The figure: 8 matches without a "clean sheet" for OM

Solid runner-up to Paris SG, one point ahead of Rennes, Olympique de Marseille is not one to be choosy, two weeks after its major success against Nice (2-1).

But the margin of progress of the Marseillais is undoubtedly in defense: often dashing offensively, they struggle to finish the meetings without conceding a goal.

The Tunisian midfielder of Saint-Etienne Wahbi Khazri, in the fight with the Marseille defender William Saliba, during the 4th day of L1, August 28, 2021 at the Stade Vélodrome Nicolas TUCAT AFP / Archives

After eight matches in L1 without a "clean sheet", the trip to Saint-Étienne on Saturday (9 p.m.) offers Jorge Sampaoli's players an opportunity to solidify their rearguard, neglected by Alvaro Gonzalez, whom the specialized press announces in negotiations for breach of contract and departure from La Canebière.