Francisca España's lawyer, declared the legitimate daughter of former Real Madrid player Francisco Gento, who died on January 18 at the age of 88, has claimed the white club... 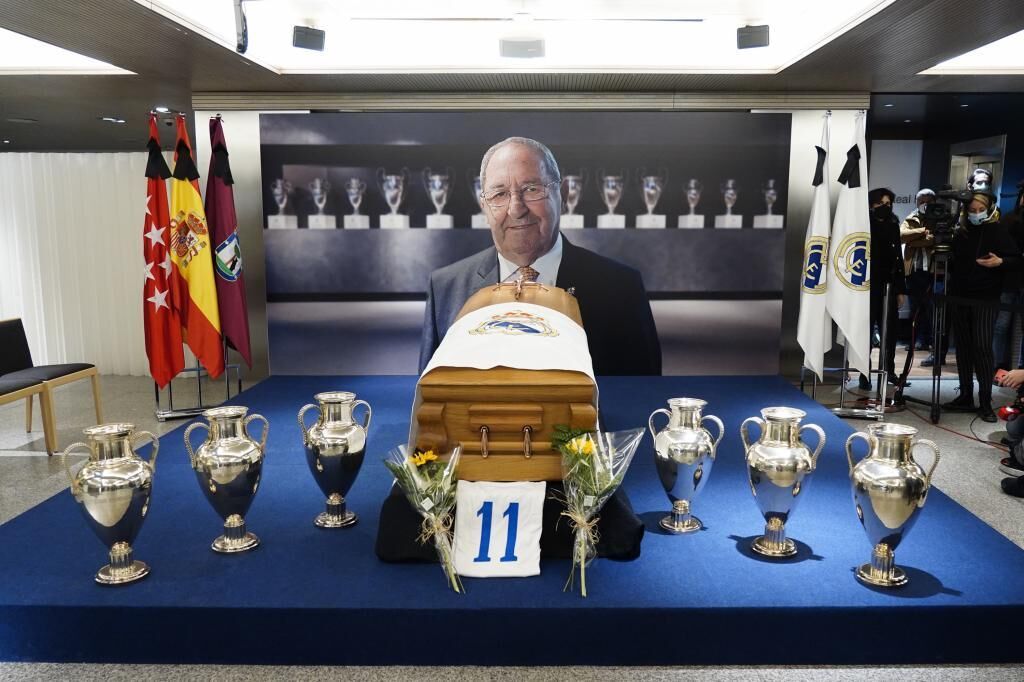 who died on January 18 at the age of 88, has demanded that the white club inform him of the

value of all the trophies harvested by the player

during his career , to claim them as part of the inheritance.

The lawyer, the Sevillian Fernando Osuna, has sent a burofax to the club chaired by

in which he demands information about the documents signed with Gento for the transfer, among others, of trophies, medals, badges and how many valuables he got in his career.

He adds that a first estimate may be

, and appeals in the same bureaufax to find an amicable solution to this dispute.

Osuna has indicated that his client is already in contact with some investment funds that have offered to buy his inheritance, in litigation with his brothers, and has given as an example that, when he died, the trophies and memorabilia of

were calculated in a value of about 14 million euros.

The lawyer has specified that there is still no precise or calculated amount, although, in any case, the amount that the woman would receive in inheritance would be greater than with a previous sale of the same.

"But she would have the benefit of

not having to wait several years to collect the inheritance."

Two months after the death, it has not been clarified whether Gento left a will and, if so, a third of the legitimate and a percentage of the assets of the deceased of his forced heirs would correspond to him by law.

But, if this situation did not occur, it would be a higher percentage of his economic legacy, which he would have to share

with his two recognized children of his and with his widow,

who would have the right to the widow's usufruct.

Once the purchase is completed, the heirs would be in the same inheritance situation as Francisca, the lawyer has specified.

During his career at Real Madrid, Gento won, among others, 12 league titles, two Copas del Rey, one European Championship with Spain and six European Cups, although the added legacy (shirts, decorations, etc.) could be incalculable in value. .