A convoy of 20 trucks loaded with food aid, the first in three months, was about to enter the Ethiopian region of Tigray on Friday, which has been in conflict since November 2020 and threatened with… 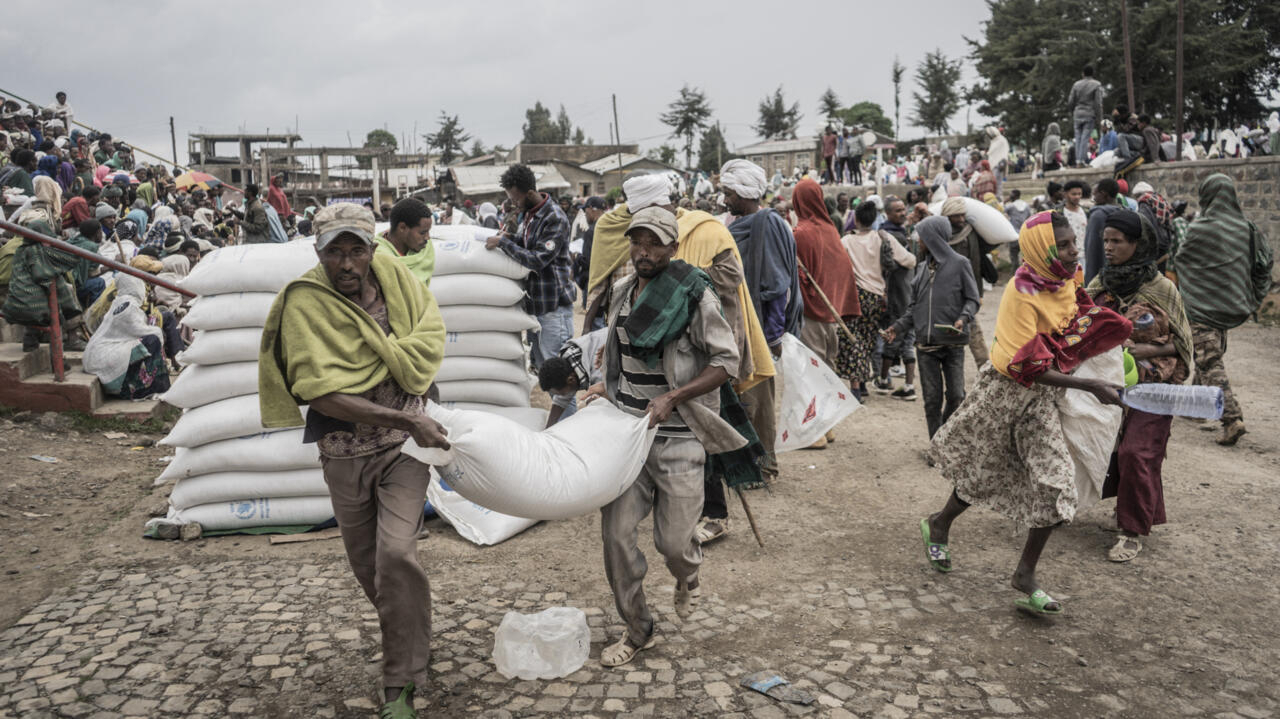 The Ethiopian region of Tigray is threatened with famine, but no humanitarian convoy had been able to reach it for three months, until Friday, April 1.

Tigray, a semi-autonomous state in the Ethiopian federation, has been in conflict since November 2020.

WFP trucks "will soon enter Tigray, bringing more than 500 tons (...) of food and nutritional items urgently needed by communities on the verge of starvation," the UN organization said in a tweet.

WFP-led convoys to #Tigray are back on the road & making steady progress!

Just arrived in Erepti & will soon cross into Tigray, bringing in over 500 mt of urgently needed WFP/partner food & nutrition supplies for communities on edge of starvation.

For several days, the Addis Ababa authorities and the rebels of the Tigray People's Liberation Front (TPLF), who have been fighting each other for almost 17 months, have accused each other of blocking aid convoys, despite a "truce humanitarian" announced on March 24 to allow its delivery.

The Ethiopian government announced in a brief statement on Thursday that "21 trucks loaded with WFP food aid have started transporting humanitarian aid to the Tigray region", via a road crossing the neighboring Afar region. .

The convoy entered the area controlled by the TPLF

The convoy - 20 food aid trucks and a fuel tanker used to supply the convoy - was blocked on Thursday evening by Afar regional forces, but was able to resume its journey on Friday, a humanitarian source told AFP. AFP.

Contacted by AFP from Nairobi, TPLF spokesman Getachew Reda confirmed that the convoy had entered an area of ​​Afar under the control of Tigrayan rebels.

The "20 trucks are now in the area under our control, en route to Mekele", the capital of Tigray, he said.

They should enter Tigray "within an hour or two" then it will take them "a few hours" to reach Mekele, the trucks having to refuel on the way.

The conflict has left several thousand dead, more than two million displaced and plunged hundreds of thousands of Ethiopians into conditions close to starvation, according to the United Nations.