Blues: Denmark and Tunisia, an intermittent lucky charm and an uncrowded opponent

France will meet Denmark in the first round of the 2022 World Cup, as in 2018 in Russia, and face a team from Tunisia that it has never faced in an official match. 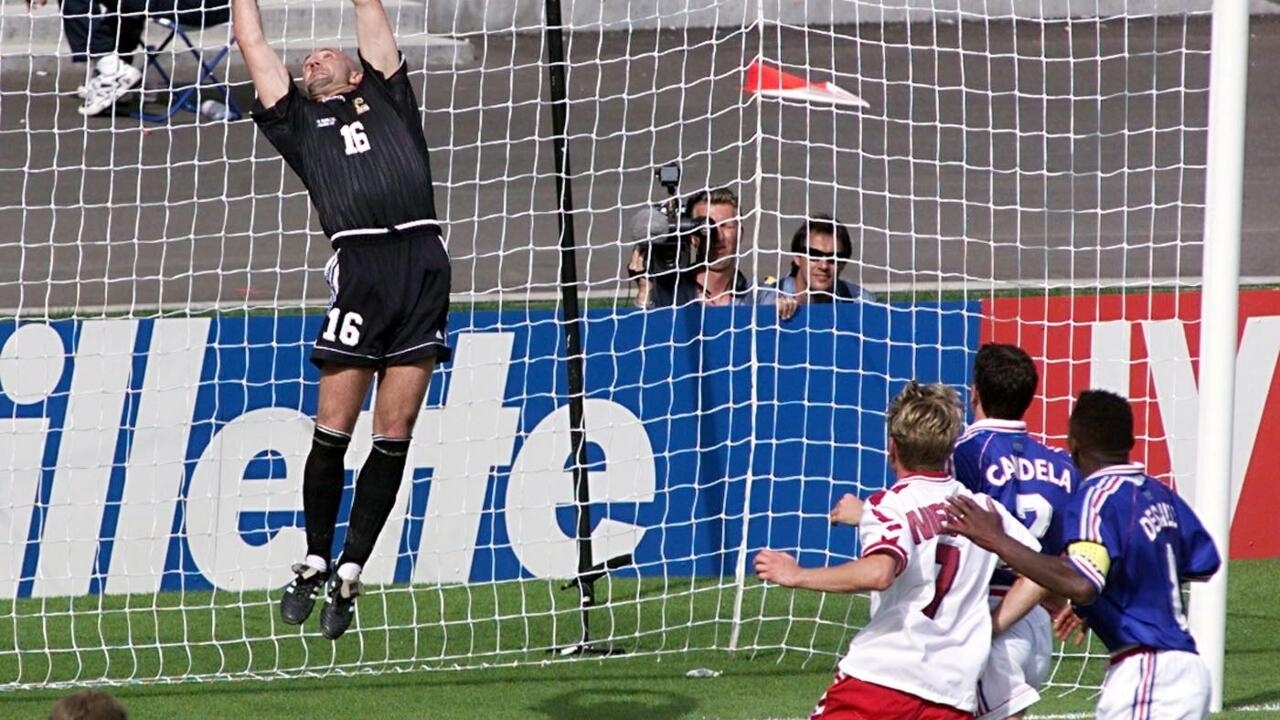 Denmark, a lucky charm... or not

In the midst of a renaissance, Denmark are playing their second consecutive World Cup final phase, driven by a talented generation who impressed with their attacking enthusiasm during the last Euro.

Eliminated in the semi-finals by England in extra time (2-1), the team led by Kasper Hjulmand had scored 12 goals during the competition.

The image of the cardiac arrest of his playmaker Christian Eriksen in the middle of the match, then the heroic support of his teammates and doctors, remained as one of the highlights of this European Cup.

At the World Cup, the Danes have never done better than a quarter-final, beaten 3-2 by Brazil in 1998. The Red and Whites remain above all a formidable European Championship team, with an unlikely victory in 1992 and three failures in the semi-finals (1964, 1984, 2021).

Conversely, when the French lost to this opponent in a major tournament, the result was much sadder: elimination in the group phase at Euro-1992 after a 2-1 defeat, the same at the World Cup-2002 after a 2-0 loss, epilogue of a depressing competition for the defending champions.

Didier Deschamps' men will find Denmark twice before Qatar: June 3 at the Stade de France then September 25 away, in the League of Nations.

Tunisia, a first in an official match

During the last friendly, the team managed by Raymond Domenech had not done better than 1-1 in Radès, on May 30, 2010. Hugo Lloris, the current captain of the Blues, is the only survivor among the players who played this preparation match for the 2010 World Cup.

The N.10 of Saint-Etienne Wahbi Khazri remains the leader of this Tunisian generation, already present in Russia in 2018.

With a new coach, Jalal Qaderi, the Eagles of Carthage present more a solid collective than a brilliant team, Khazri bringing the spark of genius.

With him, Tunisia relies on attackers approaching their thirties, Youssef Msakni (31), Seifedine Jaziri (29) or Naïm Sliti (29), and a few other old Ligue 1 acquaintances like Dylan Bronn (ex- Metz) in defense or Ellyes Skhiri (ex-Montpellier) in the middle.

To know the fourth team in Group D, we will have to wait for the outcome of the play-off between Peru, 22nd in the Fifa rankings, and the winner of the meeting between Australia and the United Arab Emirates.

The joy of the Peruvians after securing their place as intercontinental barrage by dominating Paraguay in Lima, March 29, 2022 ERNESTO BENAVIDES AFP / Archives

The first two nations awaken recent and happy memories for the Blues: the coronation of 2018 in Russia was launched against Australia (2-1) in Kazan then against Peru (1-0) in Yekaterinburg in the first round, concluded by a 0-0 draw against Denmark in Moscow.

The France team, however, has never faced the United Arab Emirates, who hope to play a second final phase of the World Cup after the 1990 edition ended with three defeats.

Which opponents in the round of 16?

In the event of qualification, France will have to face the first or the second of group C, to be determined among Argentina, Mexico, Poland and Saudi Arabia.

Falling on the Argentines of Lionel Messi would be a repeat of the round of 16 2018 won 4-3 in Kazan by the partners of Kylian Mbappé, author of a double, and Benjamin Pavard, whose exceptional volley had gone around the world.

In the event of a poster against Poland, it is difficult not to think of the tantalizing duel of attackers between Karim Benzema and Robert Lewandowski.

The captain, top scorer and most capped player will certainly be the main poison of this Polish team which won its ticket by eliminating Zlatan Ibrahimovic's Sweden.

The young Kylian Mbappé author of a resounding double against Argentina during the Russian World Cup in Kazan, June 30, 2018 FRANCK FIFE AFP / Archives

Last possible opponent, Saudi Arabia led by the Frenchman Hervé Renard will take part at the end of the year in its sixth final phase.

The two sides have only faced each other once, a 4-0 win that sent Les Bleus to the round of 16 of their 1998 World Cup.