India, which sits on the Security Council, has abstained from doing so in various votes at the UN, angering Westerners, who fear New Delhi could help Russia circumvent… 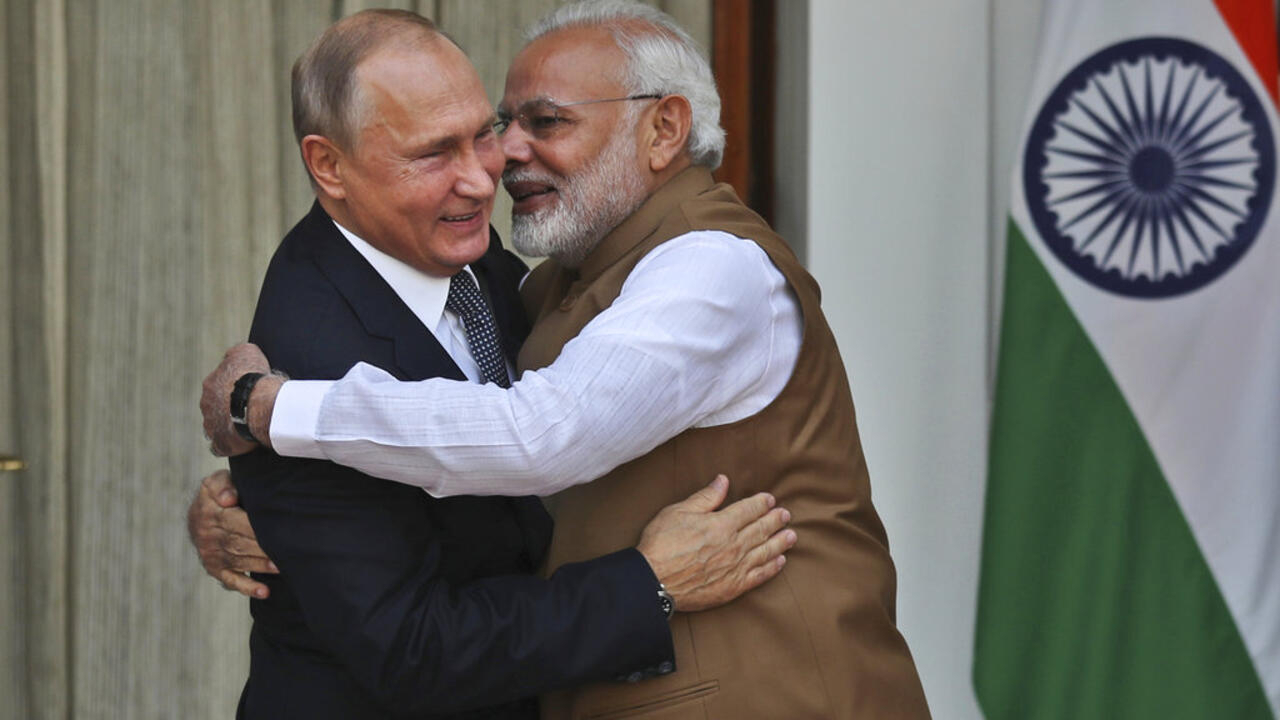 India, which sits on the Security Council, has abstained from doing so in various votes at the UN, angering Westerners, who fear that New Delhi will help Russia circumvent sanctions.

With our correspondent in New Delhi

Since the start of the conflict, India has called for an end to hostilities in Ukraine, but never holds Moscow directly responsible for this war.

One fact explains this position: approximately 85% of Indian military equipment is of Russian origin.

It is therefore difficult to sever its ties with Moscow, especially at a time when the neighboring Chinese army is becoming more and more aggressive.

Manoj Joshi, a researcher specializing in military issues at the Observer Research Foundation in New Dellhi, believes that Westerners should not worry about the Indian position.

India doesn't really have the capacity to circumvent the sanctions.

Even the oil we buy from Russia is an insignificant amount,

I think the Americans have understood our dependency problem and have indicated that they can tolerate our position, as long as we do not support Russia more.

And I don't think the Indian government wants to do that.

This reflects the very strong dependence of India, which buys most of its equipment from Russia.

In 1971, Russia was the only country to support us in the war against Pakistan.

Tomorrow, if we have to fight again, we will need their support

, ”explains Raoul, a fabric seller, who, although touched by the images of this cruel war, does not condemn Russia.

A little further on, in the popular bazaar of Kotla, Ankit, a young electrician, draws a parallel with the territorial disputes in India.

These border issues are very complicated, we too are fighting over Kashmir with China and Pakistan, and it is difficult to know who is right

But despite this historic relationship, some Indians disagree.

And I think that's selfish.

He says he is neutral, but for me the government has clearly taken a position and it is a mistake

, ”he said angrily at the microphone of RFI.

The Russian Foreign Minister will be on an official visit to New Delhi this Friday, March 31.

He is expected to discuss with his counterpart ways to sell oil to India without using the SWIFT banking system, from which the major Russian banks are excluded.

►Also read: Invasion of Ukraine by Russia: what position for India and Pakistan?