Cuca Gamarra, the moderate spokesperson to reconcile the PP of Rajoy and Casado

The new era of Alberto Núñez Feijóo in the PP begins with the news of the proposal of Cuca Gamarra (Logroño, 1974) to be the next general secretary of the party, which... 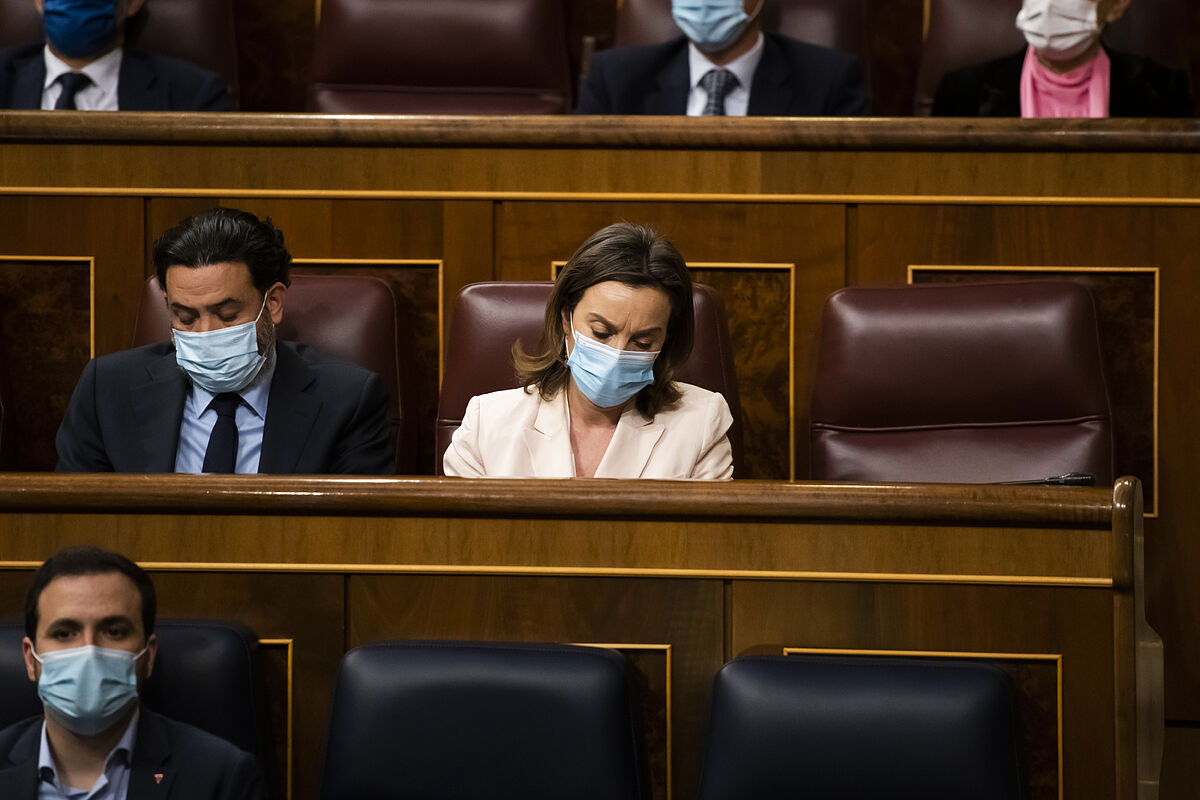 The new era of Alberto Núñez Feijóo in the PP begins with the news of the proposal of Cuca Gamarra (Logroño, 1974) to be the next general secretary of the party, who will become official on Saturday, at the extraordinary congress in Seville.

Her support in the primaries for Soraya Sáenz de Santamaría reconciles the PP of Rajoy and Casado and gives a halo of continuity.

Gamarra has been the general coordinator of the training since the fall of Pablo Casado.

Her function has been to direct the party during the interregnum until Feijóo takes the controls of the device.

A brief and complicated period, which has required her focused profile and moderate tone to bring the party as cohesive as possible to the meeting with the militancy, while she has been the one who has confronted Pedro Sánchez in his role as spokesperson in The congress.

Gamarra knows what it is to assume responsibilities in turbulent times.

She was the one chosen by Casado in August 2020 to occupy the parliamentary spokesperson for the PP after the departure of Cayetana Álvarez de Toledo.

His beginnings at the head of the parliamentary group were questioned and there was talk of whether he was the right person to assume the role of whipping the Government in each plenary session of Congress.

However, the passage of time proved Casado right, and Gamarra progressively gained weight and voice in the leadership of the party.

The former mayor of Logroño -the first in history (2011-19)- also knows the internal management of the PP.

She is part of the Executive designed by Pablo Casado from the very beginning, when he headed the Deputy Secretary for Social Policy (2018-20).

In April 2019, she also took on another complex mission: coordinating the 26-M municipal campaign after the PP lost 3.5 million votes in the 28-A general elections under the management of Javier Maroto.

A tiny drop compared to everything that the PP is playing now, even in the very short term.

Gamarra maintained his fidelity to Casado to the limit of logic.

He only joined the wave calling for a change in direction when it was already out of control.

And the next morning, he escorted Casado with Ana Pastor on his arrival at Congress and was the one who encouraged the leader's applause after the last face-to-face with Sánchez.

Politics The PP avoids positioning itself on "the bottom" of the Saharawi conflict, but calls for a pact that includes Algeria